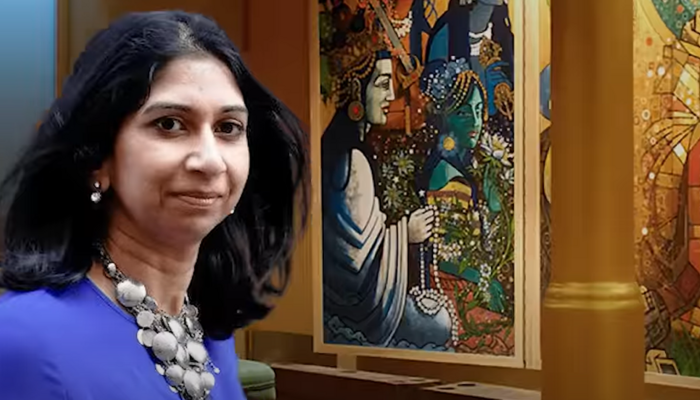 You couldn’t see this tweet without immediately suspecting that the Wokesters inside the New York Times — the ones that threw an unholy fit over Tom Cotton’s op-ed on rioters — were going to mobilize again.

A “diversity of political opinion among minorities exists in the United States, and it bewilders the left,” writes Pamela Paul. https://t.co/3DZh7PjQGP

The headline was “When Diversity Isn’t the Right Kind of Diversity.” Pamela Paul is a Times columnist and the former editor of The New York Times Book Review. Her first point was that new British prime minister Liz Truss did something that should please bean-counting progressives: “for the first time ever, not a single member of the inner circle — what’s referred to as the Great Offices of State — is a white man. The home secretary, Suella Braverman, is the daughter of Kenyan and Mauritian immigrants. The mother of Foreign Minister James Cleverly emigrated from Sierra Leone. The new chancellor of the Exchequer, Kwasi Kwarteng, was born to Ghanaian parents.”

And yet, the Labour Party sounded like the socialist newspaper The Guardian, which called Truss’s team “diverse but dogmatic.” They’re all right-wingers, which means they’re not really model minorities.

Paul asserted she’s “not politically aligned with Truss,” but dissented from the assumption that minorities all need to think alike (on the Left). “The implication is that there’s only one way to authentically represent one’s race, ethnicity or sex — otherwise you’re a phony or a pawn. Is that fair?….Surely they, like all racial and ethnic minorities, are capable of the same independence of mind and diversity of thought as white people — some people Trumpy, other people Bernie.”

She added 20 percent of minorities in Britain voted for the Conservative Party.

A similar diversity of political opinion among minorities exists in the United States, and it bewilders the left. An increasing number of Latinos are running as and voting for Republican candidates. Donald Trump got more votes from ethnic minorities in 2020 than he did in 2016. Black men’s support for Trump increased by six percentage points the second time around. And that was after the murder of George Floyd, an event assumed to have galvanized many minority voters on the left.

She called Stephen Carter’s lament in the 1991 book Reflections of an Affirmative Action Baby that blacks who gain positions of authority are “vested with a special responsibility to articulate the presumed views of other people who are Black,” or else they’re pawns.

It seems odd to have to point out in 2022 that “diverse” hires can be every bit as diverse on the inside as they are on the outside. For every Ketanji Brown Jackson, you’re liable to get a Clarence Thomas. Apparently, we need constant reminders that there’s more to people than meets the eye and that in multicultural societies, an acceptance of diversity must be more than skin deep.

NY Times, Fast Friends With FBI, Suggests It’s ‘Toxic’ ‘Misinformation’ to Call for Defunding
DEACE: EPIC montage packed with headlines that are almost TOO cringe to watch
The union push could face a big obstacle in 2023 if the economy falls into a recession
Biden Administration Keeps Negotiating With Iran Even as Protesters Are Gunned Down in the Street
Understaffed New Orleans PD Hiring Civilians and Organizing Patrol Shifts