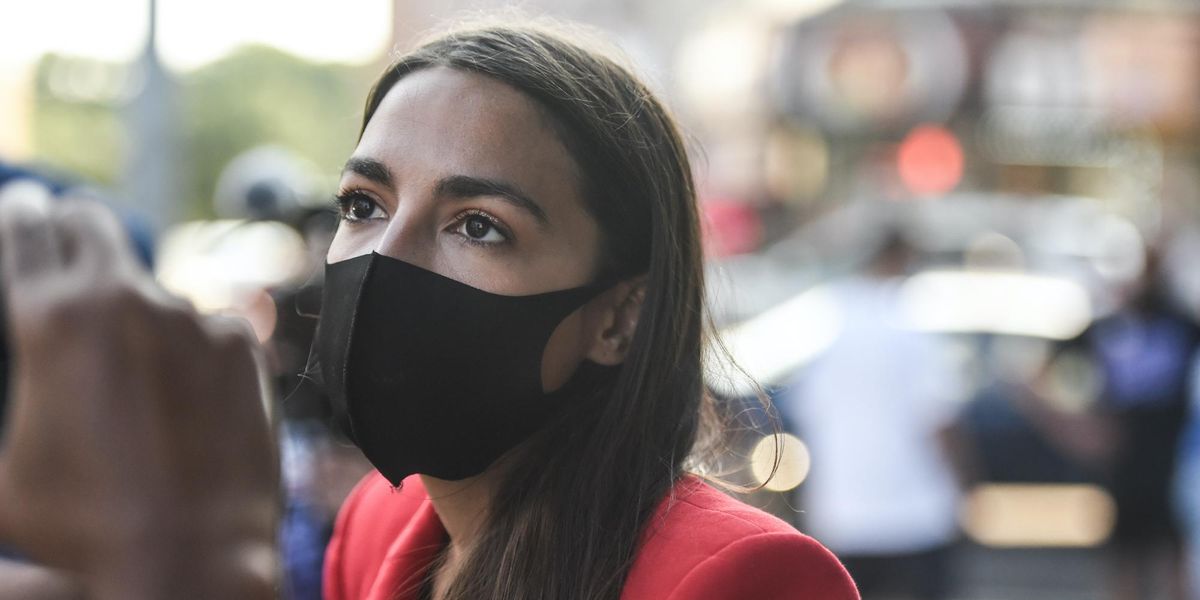 Socialist firebrand Rep. Alexandria Ocasio-Cortez (D-N.Y.) should have checked her own tweets before claiming that the use of the word “surge” is a white supremacist philosophy.

Ocasio-Cortez went off on the use of the term when referring to the migrant crisis at the U.S.-Mexico border during an Instagram Live ask-me-anything session on Tuesday.

The question was posted to the screen and read, “Why are you not addressing the border crisis and the kids in cages like you used to?”

“Are you for real?!” she replied emphatically.

Ocasio-Cortez has been criticized by many for appearing to be much more incensed about “kids in cages” at the border during the former Trump administration than the current administration under President Joe Biden.

“Well, first of all, just — gut check. Stop. Anyone who’s using the term ‘surge’ around you, consciously, is trying to invoke a militaristic frame,” she continued after blaming the migrant crisis on the prison system, trade inequalities, and global warming.

“And that’s a problem, because this is not a surge, these are children,” she added. “And they are not insurgents and we are not being invaded! Which, by the way, is a white supremacist idea philosophy. The idea that if an other is coming in the population that this is an invasion of who we are.”

Ocasio-Cortez didn’t explain why she was talking about the word “surge” when it wasn’t in the original question, but nevertheless, she also didn’t seem to think that using the same word would be problematic when she used it in reference to voters.

“The hoarding of wealth by the few is coming at the cost of peoples’ lives. The only way we change is with a massive surge of *new* voters at the polls,’ she tweeted in 2019 in reference to elections in the United Kingdom.

It was not immediately clear if Ocasio-Cortez was using the word in a “militaristic frame” when referring to new voters, or whether she was also guilty of applying “white supremacist idea philosophy.”

Here’s more about AOC’s rambling answer to the migrant surge:


AOC asked POINT BLANK about kids in cages at the border

Your States, Your Cities
Horowitz: Who needs Biden? Trump shaming governors who don’t promote boosters
Two More House Democrats Announce They Won’t Seek Reelection This Year
Biden’s Workplace Vaccine Mandate Was Always Doomed
The Next Frontier for Free Speech Is in the Cloud