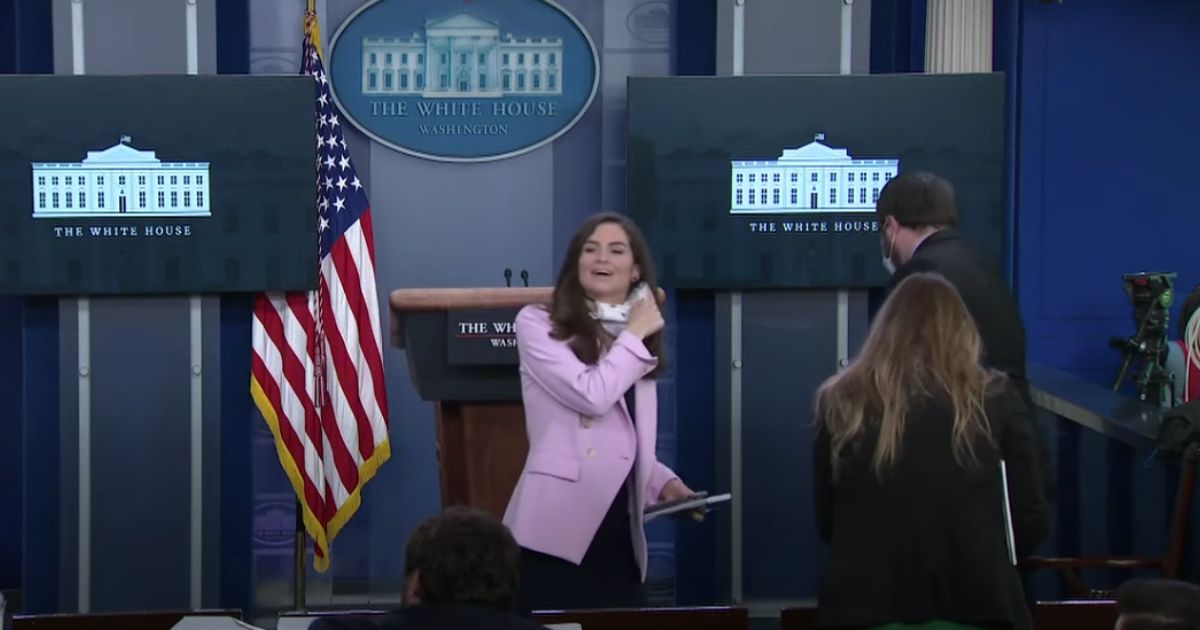 (UPDATE at bottom of blog.)

Donald Trump gave a presidential press conference from the Rose Garden on Friday, updating the American public on the development of a vaccine for Coronavirus. During the press conference, CNN reporter Kaitlan Collins seemed perturbed that some people speaking from behind the podium, including the President, were not wearing a mask. Based on her line of questioning, it would seem as if Collins saw wearing a mask as a matter of utmost importance. So why did she rip it off right and stand close to other journalists?

But Collins didn’t seem to think so. As soon as the press briefing ended, Collins removed her mask; as if, for her, wearing it in the first place merely constituted a photo op.She was standing close to others and left the room not wearing a mask.

Below is a screen shot of her taking the mask off. For more, see Western Journalism’s write-up.

Taking a look at Collins’ Twitter feed, she appears to see herself as the “mask police,” always taking note of which members of the Trump administration and the coronavirus task force are wearing a mask and which ones are not. If Collins really sees wearing a mask as a best practice for preserving public health, then she should lead by example…not just when the camera is rolling. Otherwise, it sure looks like she believes in “masks for thee but not for me.”

Collins responded on Twitter, complaining about attention to her taking the mask off.

A transcript of Collins’ exchange with the President is below.

College Board admits defeat at the hands of Ron DeSantis, and liberals are outraged: ‘A win for fascist intimidation’
‘I’m of Puerto Rican descent and I find it offensive’: Democrats seek to ban government use of ‘Latinx’ in Connecticut
Biden Bungles China Spy Balloon Challenge
Democrats Mangle AP Fact Check on DeSantis Checking High-School Menstrual Cycles
MSNBC On 1619 Project Critics: ‘The Criticism Is Not Legitimate’