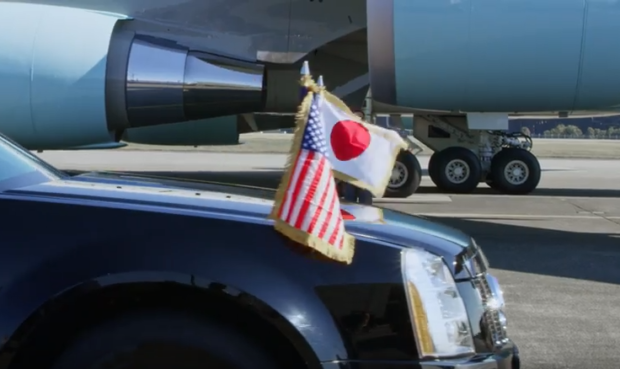 That’s how Japanese Foreign Minister Yoshimasa Hayashi, while meeting with Secretary of State Antony Blinken on Wednesday in Washington, described his country and the United States.

The alignment may not be perfect — President Joe Biden publicly referred to disagreements when greeting Japanese Prime Minister Fumio Kishida on Friday — but the relationship is close nonetheless. The aggressive People’s Republic of China is forcing countries to stand together.

In East Asia, countries can smell war. Japan is on a “war footing” write Zack Cooper and Eric Sayers on the War on the Rocks site.

Kishida’s trip to America was the last stop on a five-nation tour that covered all the G7 countries except Germany. The trip was historic. Along the way, he inked Japan’s first security-related pact with a European nation, the U.K. The U.K. pact, which covers joint deployments, will serve as a model for future ones, Tokyo-based Lance Gatling of Nexial Research, an aerospace and defense consultancy, told me.

In Washington, Japan cemented other significant agreements. Japan and the U.S. signed a deal on cooperation in space, which extends to space the coverage of the U.S.-Japan mutual defense treaty.

Moreover, the two countries announced a redeployment of U.S. Marines on the Japanese island of Okinawa. The 12th Marine Regiment, now an artillery unit, will become by 2025 the 12th Marine Littoral Regiment, a quick-reaction force. Tokyo okayed the change despite persistent local opposition that has stymied defense deployments in the past.

A “senior administration official” told the AP that negotiations with Japan over U.S. force deployments on Okinawa have always been “unbelievably fraught, incredibly challenging and difficult” and often required years to complete. The agreement covering the most recent redeployment, in the words of that news organization, was “completed with striking speed.”

It is stunning that Japan has signed a flurry of defense pacts in the span of a week. More stunning is the speed at which the Japanese defense establishment is now moving. The space agreement was, as Blinken said, “a decade in the making.” It is no coincidence that arrangements that took years to finalize are now being completed at rapid speed.

Gatling terms the change in Japanese defense thinking “a quiet revolution for over a decade.” “While often criticized as too slow to change, Japan does change, and the result of many hard years of intense diplomatic and bureaucratic labor are making headlines today,” he says.

Slow no more. As Biden declared when greeting Kishida at the White House on Friday, “We meet at a remarkable moment.”

The moment is all the more remarkable because Japan’s “tipping point” came after the assassination of the country’s former prime minister, Shinzo Abe, in early July. Many thought the country would return to a dovish stance after the passing of the long-serving Abe, then the leader of the biggest faction in the governing Liberal Democratic Party.

Yet Abe or no Abe, there are for Japan four overriding realities, all relating in some fashion to China. First, Russia’s invasion of Ukraine jolted Tokyo. As Kishida said in June, “Ukraine today may be East Asia tomorrow.” The prospect for war is now real for Japan.

Why? Japan’s westernmost and southernmost inhabited island, Yonaguni, is actually south of Taiwan’s capital of Taipei, and Taiwan’s mountains are visible from the Japanese island on a clear day. For a Chinese invasion of Taiwan to be successful, the People’s Liberation Army must establish a blockade. For the blockade to be successful, it must include Yonaguni and nearby islands.

Third, Tokyo is supportive of Taipei because the defense of the Japanese homeland depends on Taiwan remaining in friendly hands. Japan and Taiwan, after all, are part of the same island chain, and Japan’s southern flank will be wide open if Taiwan is incorporated as China’s 34th province.

As an Asian security expert once told me, “Japan will never let China take Taiwan.”

Fourth, China’s territorial ambitions are expanding. During the Mao era, Beijing acknowledged that the Senkaku Islands, eight outcroppings in the East China Sea, were Japanese. In 1971, however, China raised a sovereignty claim to them. Now, Beijing is laying the groundwork for a claim to Okinawa and the rest of the Ryukyu chain. China, everyone in Japan can now see, wants to dismember Japan.

So, despite grumbling in the Japanese business community and noisy concerns of pacifists, Tokyo realizes it must take an active role in its own defense. In the past, Japan was content to be the junior partner in their mutual defense treaty, merely providing basing support for U.S. forces going into battle.

Last month, however, Tokyo took a critical step forward by issuing its National Security Strategy and supporting documents, which incorporate a fundamental change in thinking. Kishida’s government dropped a self-imposed prohibition on attacking attackers on their home soil.

To give itself that “counterstrike” capability, Japan will be buying Tomahawk cruise missiles from the United States. It will also be participating in offensive cyber activities.

So China, thanks to its belligerence, has just acquired another adversary, which can immeasurably complicate Chinese war planning. And more important, that new adversary is beginning to look fierce.

Gordon G. Chang is the author of The Coming Collapse of China. Follow him on Twitter @GordonGChang.

‘I’m of Puerto Rican descent and I find it offensive’: Democrats seek to ban government use of ‘Latinx’ in Connecticut
Alliance of Big Tech, Dark Money Groups Partners With Counties in State That Bans ‘Zuckerbucks’ for Elections
China Accuses U.S. of ‘Reckless Warmongering’ After Leak of Memo Predicting War With Beijing by 2025
Maher Skewers Private Jet-Flying Environmentalists, ‘It’s Like Heroin’
The Cartels Could be our Greatest Threat