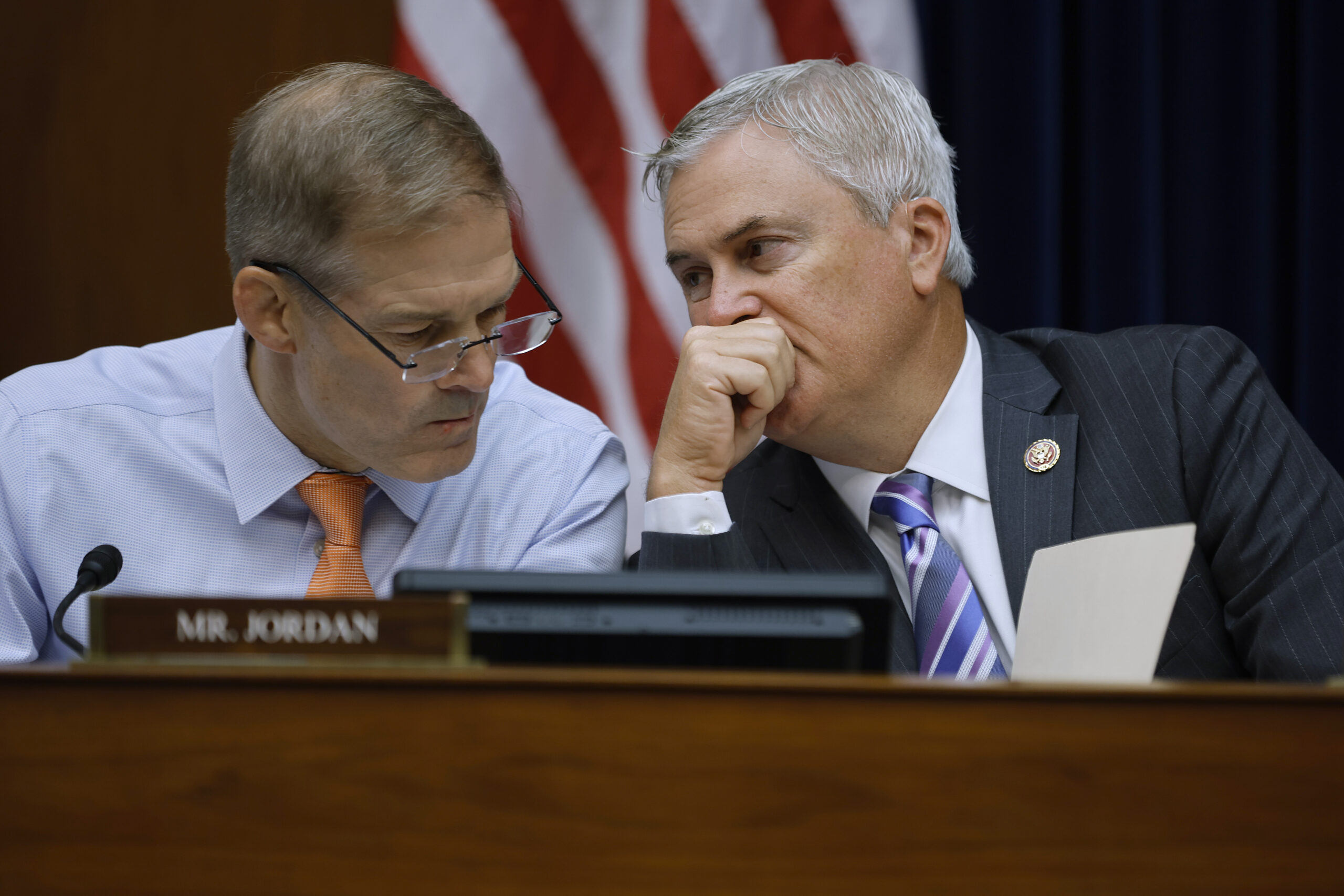 Two House committees on Friday cranked up inquiries into President Joe Biden’s apparent mishandling of classified material, one day after the attorney general named a special counsel to investigate the matter.

“The White House has since confirmed that Biden aides discovered another batch of classified documents in multiple rooms at his Wilmington, Delaware home—including the garage,” Comer wrote the White House counsel Friday. “Documents on file with the [Oversight and Government Reform] Committee reveal the same address appeared on Hunter Biden’s driver’s license as recently as 2018. The committee is concerned President Biden stored classified documents at the same location his son resided while engaging in international business deals with adversaries of the United States.”

Before news of the discovery of the classified documents from Joe Biden’s eight years as vice president, Republicans already had questions about whether Hunter Biden’s international business deals, including in China and Ukraine, had the potential to compromise the president.

The news that the younger Biden had close proximity to highly classified material likely will exacerbate that concern.

Comer’s letter goes on to request that the White House provide, by Jan. 27, copies of all classified documents retrieved by Biden aides or lawyers at any location to the Oversight and Government Reform Committee.

The oversight chairman also requested a list of Biden aides or lawyers who were tasked to search through Biden’s documents, including each person’s job title and the status of his or her security clearance. He also asked for a list of locations where Biden’s aides or lawyers searched or discovered classified documents.

In addition, the oversight panel seeks records of communications between the White House and either the Justice Department or the National Archives and Records Administration regarding classified documents in Biden’s possession.

For his part, Biden has said he was unaware that he possessed classified documents from his eight years as vice president under President Barack Obama. The president said Thursday thar the classified records found at his home in Wilmington, Delaware, were stored securely in his garage near his Corvette.

“It is unclear when the [Justice] Department first came to learn about the existence of these documents, and whether it actively concealed this information from the public on the eve of the 2022 elections,” the letter from Jordan and Johnson to Garland says.

It is also unclear what interactions, if any, the [Justice] Department had with President Biden or his representatives about his mishandling of classified material. The department’s actions here appear to depart from how it acted in similar circumstances. In fact, on August 8, 2022, despite the publicly available evidence of President Trump’s voluntary cooperation, you personally approved the decision to seek a warrant for excessive and unprecedented access to his private residence.

On August 15, 2022, [Judiciary] Committee Republicans wrote to you and FBI Director Christopher Wray requesting documents and information related to the FBI’s raid of President Trump’s residence. The department and FBI have failed to sufficiently comply with this request. Our requests remain outstanding.

The Judiciary Committee requested information, also with a Jan. 27 deadline, about communications relating to Garland’s appointment of Hur as special counsel as well as documents from U.S. Attorney for Northern Illinois John R. Lausch Jr., who reviewed the matter and recommended that Garland name a special counsel.

Notably, the first batch of classified documents were found Nov. 2, six days before the midterm elections gave Republicans a slim House majority. That discovery was not confirmed until after CBS News broke the news Tuesday.

During his announcement Thursday on appointing a special counsel, Garland said Lausch had recommended Jan. 5 that he do so. Garland, however, did not announce the appointment until after the White House confirmed earlier in the day that a second batch of classified documents had been found at one of Biden’s residences.

The Judiciary Committee also requested communications between and among the Justice Department, the FBI, and the White House referring to material with classified markings found in the president’s former private office at the Penn Biden Center for Diplomacy and Global Engagement in Washington and the Biden residence in Wilmington, Delaware.

Bed Bath & Beyond warns it can’t pay down debts, defaults on credit line
6 Failures of Biden’s Presidency in Year 2
Ukraine’s Allies Losing Patience Over Germany’s Reluctance to Send Tanks to Kyiv
KDJ Unwoke Cocktail of the Week – The NO POMEGRANATES!
RETURN OF THE DONALD: Facebook, Instagram to Reinstate Trump in ‘Coming Weeks’