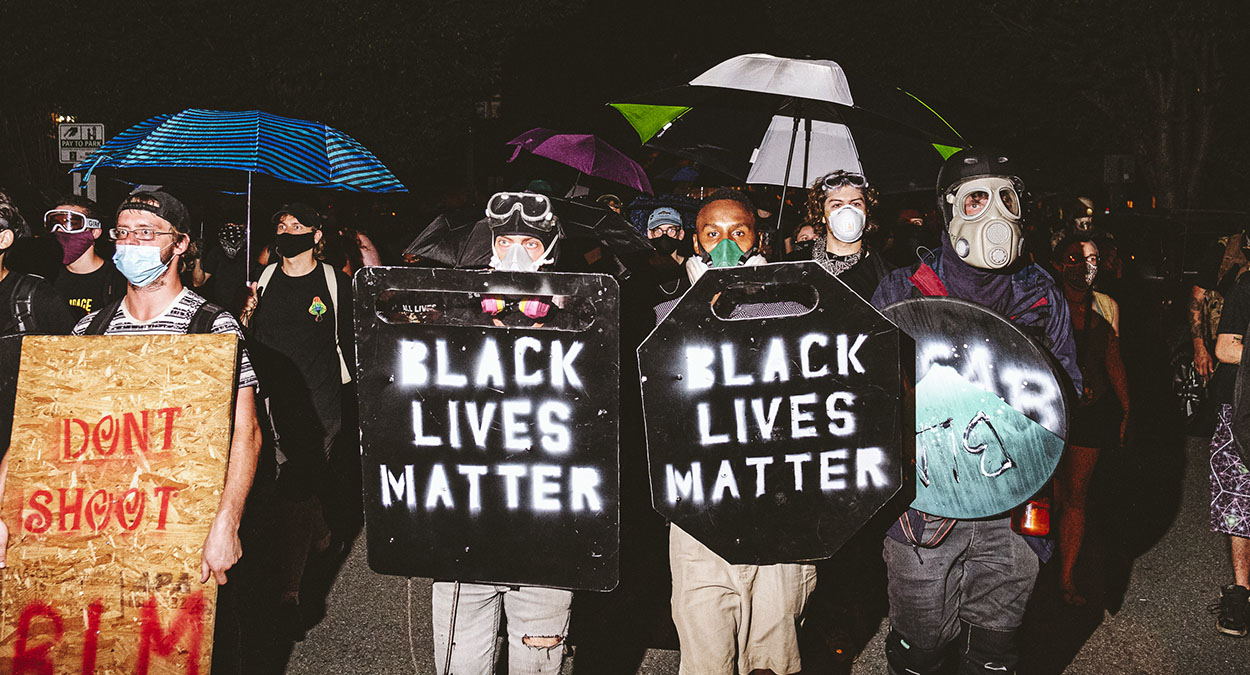 Critics slammed the lesson as “child abuse” and a “shameful form of indoctrination.”

Learning for Justice shared the January 2018 article, “From MLK to #BlackLivesMatter: A Throughline for Young Students,” on Twitter on Wednesday. In the article, Bret Turner (then a first grade teacher at Head-Royce School in Oakland, California) wrote that Martin Luther King Jr. Day represents “a great opportunity” to connect King’s work with “the work of today’s civil rights activists.”

“First-graders are excited to study through a lens of fairness; it is largely what drives them in their daily interactions,” Turner wrote. “If they can understand why Dr. King marched, then they can certainly wrap their minds around the need for continued protest and action in the face of ongoing systemic injustice.”

Turner emphasized the word “continued” by placing it in italics.

Turner recalled in the article: “Last year around MLK Day, we compared the guiding principles of Black Lives Matter to our school’s mission and, even closer to home, our classroom charter. We found much in common, particularly BLM’s focus on diversity, empathy and loving engagement, and its overt ties to feminism and gender identity issues.”

The first-grade teacher added that his young students are “capable of understanding why BLM is necessary through a historical lens.”

He recounted: “In my class, we’ve made our own BLM posters, explored the Oakland roots of BLM co-founder Alicia Garza, read relevant children’s literature, and observed and discussed the related work being done by our middle and high schoolers and the Black Student Union.”

He recalled a student’s response to a leading question:

To the guiding question ‘Why is a movement still needed today?’ one child flatly answered: ‘Because people with black and brown skin are still treated badly.’ Another remarked that ‘things are better now, but we’ve only ever had one black president and now he’s gone.’

Turner’s article quoted questions from other students, including, “Why do the police hurt Black people?” “Why is skin color so important?” and “Who decided that white people matter more than other people?”

Carol Swain, a retired professor of political science and law at Vanderbilt University and the author of books on race in America, called this lesson a “shameful form of indoctrination.”

“My impression is that a 6-year-old is not prepared to understand anything about ‘systemic injustice’ or systemic racism,” Swain, who is black and holds a doctorate, told The Daily Signal in a phone interview Thursday.

She added that exposing young children “to controversial materials or agendas, adult agendas, it robs them of their childhood. It’s a shameful form of indoctrination of children who are too young to process the materials and information being presented to them.”

Swain also noted that the lesson would affect children differently based on the color of their skin.

“Black children will start interpreting every experience they have through the lens of racism,” she predicted. “For white children, I think that it will cause them to be embarrassed, to be ashamed, and to have feelings of guilt.”

The former professor also argued that “teaching Black Lives Matter in the same context with Dr. King is confusing” because “the parts of Dr. King that we mostly focus on have to do with the fact that he wanted to bring people together, dreaming of a time when we would get beyond race.”

Meanwhile, she argued, “Black Lives Matter is all about race,” and the movement “is rooted in Marxism, in conflict theory.” (BLM co-founder Garza has described herself as a Marxist.)

“Why would anybody teach something that is rooted in conflict theory to first graders?” Swain asked.

Chloe Carmichael, a clinical psychologist and political independent with a Ph.D., told The Daily Signal that first graders “probably wouldn’t have the critical thinking skills or knowledge of our social systems to consider this issue in a meaningful way beyond simply agreeing with their teacher. That’s why some people regard it as indoctrination.”

“One problem is that a leading question, ‘Why is a movement still needed today?’ is used, rather than, ‘is a movement still needed today?’” Carmichael argued. “The phrasing of the question would be very non-inclusive of students who believed that the host of civil rights and affirmative action laws we have today are adequate to navigate cases of injustice; this is especially relevant because those laws were the hard-won fruit of the work done by MLK and the other early protesters.”

Mike Gonzalez, senior fellow at The Heritage Foundation’s Douglas and Sarah Allison Center for Foreign Policy Studies, told The Daily Signal: “What Learning for Justice does on a routine basis is to promote hatred—which is ironic, since fighting hatred is ostensibly the SPLC’s main job, except we all know it’s the opposite.” (The Daily Signal is Heritage’s news outlet.)

“BLM is a struggle for civil rights or for social justice,” Gonzalez noted. “It hides behind these slogans to promote anti-capitalism (read socialism), the destruction of the family unit, and the abolition of our legal system. What would follow from that is chaos, which is the goal of BLM after all, since it seeks ‘systemic’ transformation as all Marxists have done since Marx himself. To manipulate young minors in this manner is child abuse.”

The SPLC did not respond to The Daily Signal’s request for comment.

The Head-Royce School would not comment on Turner’s class or whether the school still teaches Black Lives Matter to first graders on MLK Day, but a spokeswoman expressed the school’s commitment to diversity and fairness.

“The Head-Royce School’s mission is rooted in core values of scholarship, diversity and citizenship,” Sarah Holliman, the spokeswoman, told The Daily Signal in an email. “We care deeply about the academic preparation and social-emotional well-being of our students and teach them to be curious and responsible citizens. Our teachers are passionate educators who help students build a strong academic foundation and help them understand concepts such as fairness and belonging through developmentally appropriate content, lessons and exercises.”

My book “Making Hate Pay: The Corruption of the Southern Poverty Law Center” lays out the history of the SPLC and how its program to monitor the Ku Klux Klan and other white supremacist groups, Klanwatch, morphed into Hatewatch, a project that brands mainstream conservative and Christian groups as “hate groups,” placing them on a map with Klan chapters.

In 2012, a terrorist targeted the Family Research Council’s headquarters in the nation’s capital, entering the lobby with a semiautomatic pistol and then shooting and wounding a guard. The man told the FBI that he found the conservative organization on the SPLC’s “hate map” and intended to kill everyone in the building. The man later pleaded guilty to committing an act of terror and received a 25-year prison sentence. The SPLC condemned the attack, but has kept the Family Research Council on the “hate map” ever since.

After the SPLC fired its cofounder amid a racial discrimination and sexual harassment scandal in 2019, a former staffer claimed that the SPLC’s accusations of “hate” are a “cynical fundraising scam” aimed at “bilking northern liberals.”

The education project was rebranded as “Learning for Justice” in February 2021, and the website no longer mentions how many educators read the magazine or engage with the content.

Among other things, Learning for Justice has published a learning plan on critical race theory for grades 6 to 8. The theory encourages students to deconstruct modern American society on the premise that its institutions are “systematically racist,” despite the efforts of King and others that led to the Civil Rights Act of 1968 and legal prohibitions against racial discrimination.