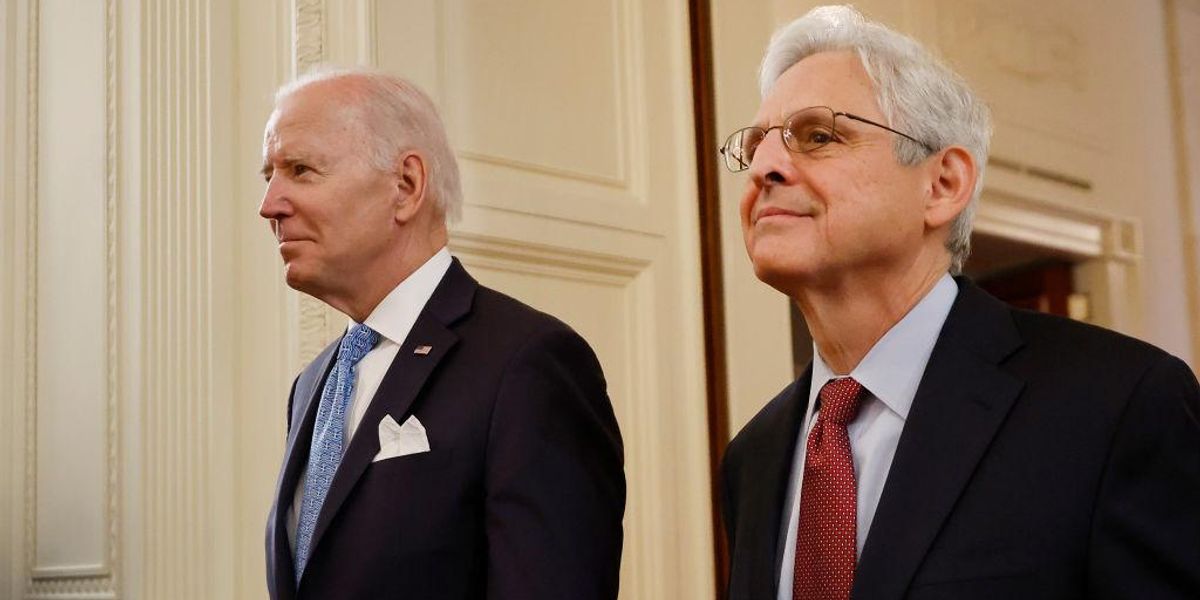 The White House was not raided over President Joe Biden’s handling of classified documents, which have turned up in at least two unauthorized stashes in recent days. Nevertheless, Biden may soon have to answer to the special counsel appointed Thursday by Attorney General Merrick Garland.

Garland has tasked former Department of Justice official Robert K. Hur with investigating Biden for potential impropriety over his admitted transport and possession of classified documents.

One batch of classified documents that Biden reportedly retained from his tenure as vice president was discovered at the president’s private office in a China-linked think tank in Washington, D.C.. Another batch was discovered at his home in Wilmington, Delaware.

CNN noted that some of the documents were marked top secret.

Biden told reporters that he stored some of the classified documents in his garage beside his Corvette.

u201cJoe Biden says the classified documents were in a safe place because they were kept next to his corvette in his garage. Holy shit:u201d

Hur, a Republican, served as the 48th U.S. attorney for the District of Maryland from 2018 to 2021. He was nominated for the role by former President Donald Trump.

“In 2003, [Hur] joined the department’s criminal division, where he worked on counterterrorism, corporate fraud and appellate matters. From 2007 until 2014, Mr. Hur served as an assistant US attorney for the district of Maryland, where he prosecuted matters ranging from violent crime to financial fraud,” said Garland.

Axios indicated that Hur’s appointment, which Garland said was in the “public interest,” is intended to “avoid the appearance of a conflict of interest.”

Garland may also want to avoid the appearance of inconsistency, granted that in November, he appointed Jack Smith special counsel for the criminal probe into whether former President Donald Trump, who had the power to declassify documents, mishandled sensitive documents.

In his announcement, Garland provided an outline for the investigation into Biden’s potential malfeasance regarding the classified documents so far:

Garland announced the special counsel on Jan. 12, just hours after news began circulating that another set of classified documents had been found.

“This appointment underscores for the public the department’s commitment to independence and accountability, and particularly sensitive matters and to making decisions indisputably guided only by the facts and the law,” said Garland.

Garland added Hur will be given “all the resources he needs.”

Hur suggested that he will “conduct the assigned investigation with fair, impartial, and dispassionate judgment.”

“I intend to follow the facts swiftly and thoroughly, without fear or favor, and will honor the trust placed in me to perform this service,” he added.”

Biden’s counsel indicated in a Jan. 12 statement the White House will cooperate with the DOJ.