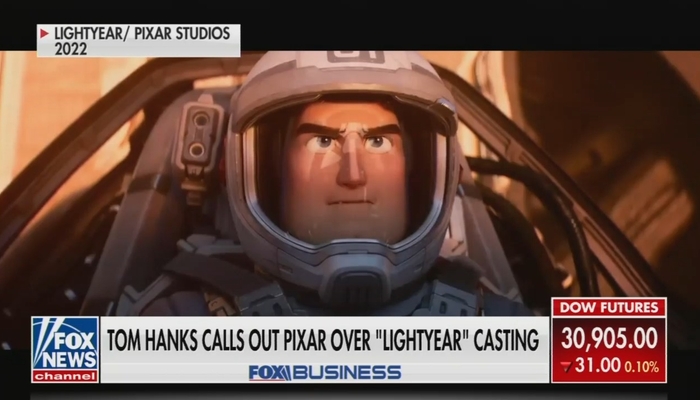 The Hollywood press does more than cover the entertainment industry.

It covers up narratives that don’t align with their progressive views. And the evidence is too obvious to ignore.

Actor Kirk Cameron’s fight to read his kid-friendly book in libraries nationwide got little to no coverage in Variety, Deadline or The Hollywood Reporter. The same outlets looked the other way when The Twitter Files revealed how the platform helped silence Oscar-nominee James Woods.

Both are big entertainment stories. Each reflected poorly on free speech (which these outlets no longer robustly support if the speech is faith-friendly or right-leaning in nature).

A similar approach is used when explaining failures within the corridors of major studios. Disney endured a brutal 2022, from sizable flops like “Lightyear” to terrible stock numbers throughout the year.

It’s still the Mighty Mouse House, of course, with enough established IP to make for a potentially robust 2023. Still, covering the reasons for its rough 2022 shouldn’t be hard to suss out.

The company picked a public fight against an increasingly popular politician – Republican Florida Gov. Ron DeSantis. Team Disney revealed its plans to indoctrinate children via its entertainment content, a move that alienated many faithful fans and damaged its once bullet-proof brand.

“Americans Sour on Disney’s LGBTQ Agenda”
In polling done by Rasmussen, 45% disagree with Disney’s “woke” programming, while only 28% agree. Like/dislike of Disney is tied at 45%. This can’t be what shareholders want to see.https://t.co/jBrKB425cY

None of this is a state-held secret. Yet The Hollywood Reporter summed up Disney’s dreadful 2022 by downplaying and/or pretending these factors didn’t hamper the company’s bottom line.

The stock hit a new 52-week low this week and is down 44 percent over the past year. The decline contributed to making the worst year for Disney’s stock since 1974, per Dow Jones Market Data cited by The Wall Street Journal.

The problems began earlier this year when Disney was thrust into controversy after management’s lack of response to the legislation known as the “Don’t Say Gay” bill in Florida and subsequent apology.

The legislation was dubbed by its critics and corrupt media outlets as “Don’t Say Gay,” even though it’s not accurate. The law prohibits very young children from being taught mature sexual topics in Florida schools.

Secondly, Disney wasn’t thrust into the matter. A few woke souls demanded the company get politically involved, and it did as its progressive overlords said. Those wokesters, for what it’s worth, including media outlets bullying Disney into taking a stand.

See how this works?

The “Toy Story” extension also featured a brief, same-sex kiss in the film geared for younger audiences. Team Disney puffed out its chest over the sequence and then watched its box office fortunes collapse.

Coincidence? Cause and effect? You wouldn’t know either by the story in question.

Disney’s “Strange World,” released later in the year, doubled down on Identity Politics.

The film also features the first openly LGBTQ+ teenaged Disney character, who discusses his crush in the movie.

That film failed so spectacularly at the box office that it’s expected to cost Disney north of $100 million. THR also ignored the culture war angle when reporting on the film’s belly flop.

It doesn’t matter whether one cheers Disney’s LGBTQ-themed characters or prefers children’s fare avoid such conversations. It’s part of the Disney story in 2022.

Leaving it out suggests THR understands it impacted the company’s bottom line, but the outlet prefers to keep readers in the dark.