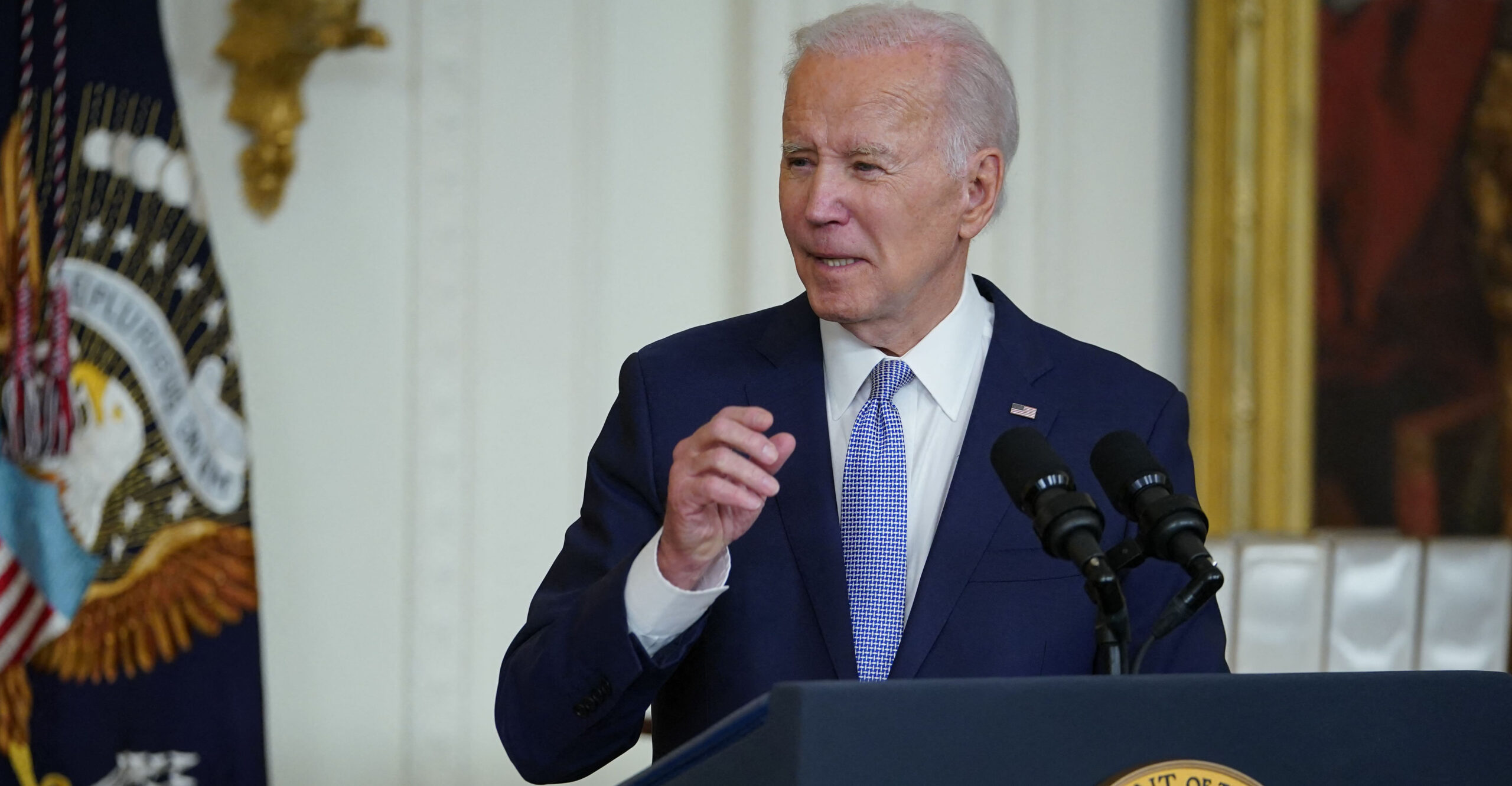 The White House event, held in the East Room, was a significant departure from the president’s more partisan, red meat speech at the Capitol to mark the first anniversary of the riot.

Biden strayed from the facts on a few occasions during his speech, however, and here are four fact checks.

In all, Biden honored 10 officers from the U.S. Capitol Police or the Metropolitan Police Department with the Presidential Citizens Medal. He also bestowed the medal on two politicians, Michigan Secretary of State Jocelyn Benson, a Democrat, and former Arizona House Speaker Rusty Bowers, a Republican, for resisting efforts to change the outcome of the 2020 presidential election in their states.

The White House event primarily was about honoring more police officers for exemplary conduct on the day of the Jan. 6 riot, when rioters supporting Donald Trump fought with police to breach the Capitol and some then attempted to stop lawmakers’ certification of Biden’s election victory over Trump.

However, Biden also honored Capitol Police Officer Billy Evans, who was murdered in April 2021 when a member of the Nation of Islam ran over him with a car.

The president strongly implied that Evans’ murder was related to Trump supporters.

“Today is a ceremony to honor heroes of Jan. 6, but also to recognize the late U.S. Capitol Police Officer Billy Evans,” Biden said. “His family is with us today. Three months after Jan. 6, while they were still cordoning off the Capitol because … threats by these sick insurrectionists continued to be profligated on the internet, again all of America saw what happened when Officer Evans was killed defending a checkpoint he had to go through to get to the Capitol because of these God-awful, sick threats that continue to move forward.”

Evans was among officers honored posthumously by the president.

At one point in his speech, Biden said there never before had been an attack on the U.S. Capitol. This is not correct, since history records that the Capitol was attacked at least four times before Jan. 6, 2021, three by domestic terrorists.

“Two years ago, Jan. 6, our democracy was attacked,” Biden said. “The U.S. Capitol was breached, which had never happened before in the history of the United States, even during the Civil War.”

It’s true such an attack didn’t occur during the Civil War. But 47 years earlier, in 1814, British soldiers burned the Capitol during the War of 1812. It took about five years to rebuild the House chamber.

Unlike those who got inside the Capitol building two years ago, these terrorist were armed with guns. The four opened fire from the House gallery, wounding five lawmakers: Reps. Alvin Bentley, Ben Jensen, Clifford Davis, George Hyde Fallon, and Kenneth Roberts.

Before leaving office in 1981, President Jimmy Carter, a Democrat, commuted the sentences of the attackers.

In 1971, a domestic terrorist group called the Weather Underground bombed the Capitol, causing $300,000 worth of damage. No one was harmed.

The so-called Weathermen returned in 1983 and set off another bomb that “tore through the second floor of the Capitol’s north wing,” according to the Senate’s history site. No fatalities occurred.

Biden said leaders of all political persuasions should agree on protecting democracy.

“Defending and protecting our democracy means that despite our differences of opinion, we must say clearly with a united voice that there is no place—none, zero, zero place—in America for voter intimidation—zero, never—and political violence,” Biden said. “They are completely contrary to the notion of democracy. America is a land of laws and not chaos, a nation of peace and not violence.”

At the time, Biden, a former vice president and senator, seemed to take a different view than his running mate Harris, a senator from California.

“Protesting such brutality is right and necessary. It’s an utterly American response,” Biden said of nationwide protests after the apparent killing of a black man named George Floyd by a Minneapolis police officer. “But burning down communities and needless destruction is not. Violence that endangers lives is not. Violence that guts and shutters businesses that serve the community is not.”

However, Harris called on her Twitter followers to donate to the Minnesota Freedom Fund to bail out arrested protesters and rioters. The bail fund secured the release of a convicted criminal who allegedly killed someone three weeks after his release, Fox News reported.

“If you’re able to,” Harris tweeted in June 2020, “chip in now to the [Minnesota Freedom Fund] to help post bail for those protesting on the ground in Minnesota.”

As for the president’s mention of voter intimidation in his speech: In 2021, both Biden and Harris supported HR 1, dubbed the For the People Act.

Among other provisions, the bill effectively would have expanded ballot harvesting, the controversial practice of allowing political operatives to engage in mass collection and distribution of absentee ballots. The practice historically has led to major voter intimidation scandals that in some cases led to the reversal of election outcomes.

At several points during the speech, Biden referred to the events of Jan. 6, 2021, as an insurrection. He mentioned “charging insurrectionists” who threatened police officers and talked about “sick insurrectionists.”

However, the term “insurrection” has a specific legal definition under the U.S. code (U.S.C. 2383), which says:

Whoever incites, sets on foot, assists, or engages in any rebellion or insurrection against the authority of the United States or the laws thereof, or gives aid or comfort thereto, shall be fined under this title or imprisoned not more than 10 years, or both; and shall be incapable of holding any office under the United States.

Biden’s own Justice Department issued a press release this week about prosecutions resulting from the Capitol riot; none of the 950 arrested in connection with the riot was charged with insurrection.

Seditious conspiracy (under U.S.C. 2384) is defined this way:

British teenage extremist whose videos were linked to two mass murders in US jailed
Does Germany sending tanks to Ukraine mean the US is open to sending their own?
Teacher shot by six-year-old student texted loved ones to say school was failing to act
CNN Declares Booting Schiff, Swalwell Off Committee Is Break With ‘Tradition’
On PBS, Historian/Biden Helper Jon Meacham Compares Liz Cheney, Bush Sr. to Lincoln