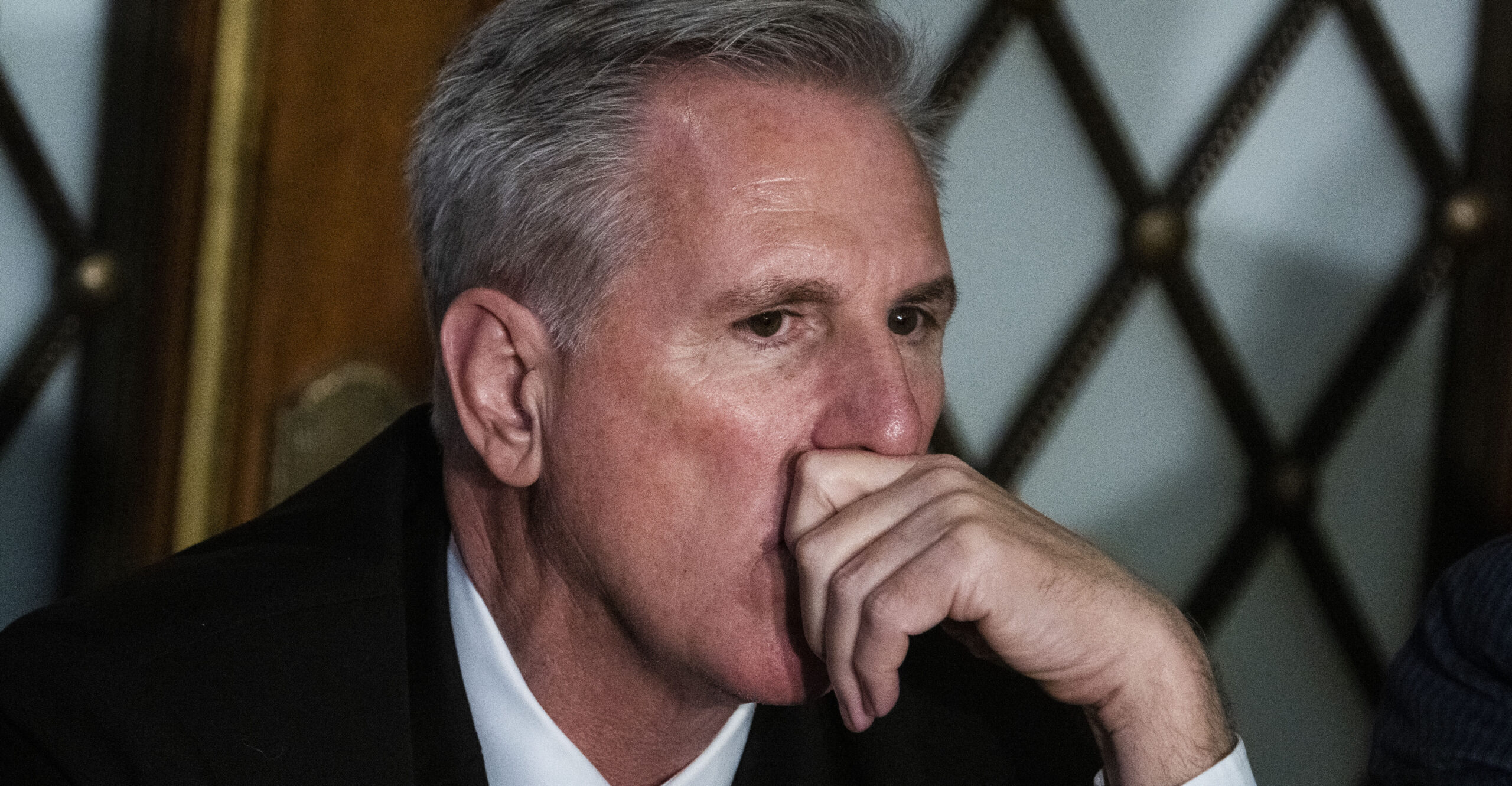 Democracy is messy. Who knew?

The race to become speaker of the House, as of this writing, is in the sixth round of voting, making it one of the most contentious speaker’s races in decades.

Republicans hold a narrow majority in the House of Representatives, and many assumed that Rep. Kevin McCarthy, R-Calif., would win without serious opposition. McCarthy had even moved some of his things into the speaker’s office.

But the election isn’t going so smoothly. A rebellion by about 20 Republican House members has thrown the race into turmoil, as other names, such as those of Reps. Jim Jordan, R-Ohio, and Byron Donalds, R-Fla., have been put forward.

More than a few commentators on both the Left and Right are labeling the race chaotic and bad for Republicans in general.

“If this fight goes on and on for day after day, week after week, and the Republican agenda totally stalls out, you can forget about holding Biden accountable for pretty much anything,” Fox News host Sean Hannity said on his program Tuesday night. “And the country will feel angry and frustrated, and they will feel betrayed.”

Many conservatives argue, understandably, that it’s essential to be united against Democrats and the Left. Certainly, that’s important. But the way we oppose the Left is important, too.

Right now, the House represents the only serious brake on Democrats’ initiatives until the next election. How it operates during this time will mean a lot if Republicans take the Senate and White House in 2024.

Unlike how the Left now defines “democracy”—which vacillates between pure mob rule and rule by a bureaucratic, woke priesthood—the Founders understood that democracy had a limited, but important place in our federal republic.

In the debates over the Constitution, George Mason of Virginia called the House the “grand depository of the democratic principle of government.” The Framers created it to more directly represent the interests, temperament, and immediate concerns of the people—certainly by comparison with the Senate.

If democracy was the only element of our government, as with the Greek democracies of old, we would quickly obliterate ourselves. However, if democracy is entirely shunted aside, we end up with other forms of malignant government, such as oligarchy.

Democracy can be brutal and unthinking, but it can also provide a quick and necessary course correction when conventional wisdom is wrong and “elites” have become corrupted.

At a time when most of the big decisions in our society are made by unelected bureaucrats and courts, and when elected representatives are more likely to listen to lobbyists and the donor class than to the American people, we should be encouraged by our representatives showing a little independence.

The House was meant to be bumptious. Plenty of speaker’s races in the past have been so, especially before the modern two-party system became calcified. The 1856 election took two months and 133 rounds of voting. So, a couple of days of voting is minor-league stuff by comparison.

If Congress had taken more responsibility in the past century and delegated less to the bureaucracy, perhaps it wouldn’t have become the loathed rump body relegated to writing checks that it has become.

Yes, the House speaker’s race is messy. So is democracy. And we live in troubled times. Let’s be honest: American society—especially post-pandemic—has become more dysfunctional, resigned, and willing to accept mediocrity. That shouldn’t be good enough.

The oft-abused Ronald Reagan quote about getting 80% of what you want would seem like wisdom if not for the fact that Republican leaders of today have hardly followed the Gipper’s lead in their negotiating skills. In some cases, they seem to be working against their own voters.

What we have all too often ended up with is less than 50% or even nothing at all, and that’s labeled a “victory.”

Let’s not forget that just two weeks ago, as the lame-duck session of the 117th Congress wound down, 18 Republicans in the Senate rolled over for the outgoing Democratic majority. Actually, “rolled over” doesn’t really capture it. They outright abetted the passage of an outrageous $1.85 trillion monstrosity of an omnibus bill despite having the power and leverage to get a better deal in the new session that convened this week.

McCarthy was certainly critical of the Senate in that debate, as were most Republican members of the House. He was rightly so, as the Senate effectively kneecapped the incoming GOP House’s ability to change the budget this year. Still, given McCarthy’s long-term association with leadership that hasn’t exactly performed like a well-oiled machine, there seems to be a good reason not to simply anoint him for the speakership.

Other members, such as Rep. Chip Roy, R-Texas, also worked hard to kill the omnibus spending bill. When most legislators were anxious to tap out and get home for the holidays, Roy and a few others tirelessly fought on to stop the omnibus.

So, when Roy holds up the speaker election process with some specific demands for reform, he deserves to be heard.

“For years … the House leadership of both parties has increasingly centralized decision-making power around fewer and fewer individuals—at the expense of deliberation and input by the body,” Roy said in a joint letter to GOP leadership. “This results in massive, multi-subject bills that are unable to be amended or fully read, all driven by supposedly ‘must-pass’ defense and appropriations measures.”

Given the narrow majority that Republicans have in the House, their role will be mostly relegated to telling Democrats—who control the Senate and White House—“no.”

It’s worthwhile to seek the man or woman who is most likely to do that strenuously and effectively. It’s also worthwhile to find someone who can take real leadership if Republicans win majorities in future elections.

That could very well be McCarthy. It could also be someone else, and he will be better for being vetted. Maybe it’s a good thing to let democracy sort this one out. The republic will survive.

As no less a personage as Thomas Jefferson once said, a little rebellion from time to time is a good thing.

3-year-old found shivering in ‘deplorable’ conditions after his parents die on their front porch. Police suspect they overdosed.
EXCLUSIVE: Majority of Women Who Got Abortions Were Pressured Into Them, Study Finds
Chipotle Mexican Grill misses expectations for earnings, revenue and same-store sales
Crews release toxic chemicals from derailed freight train to avert explosion after evacuation
This college dropout sold his first company for six figures at 21. Here’s his recipe for success