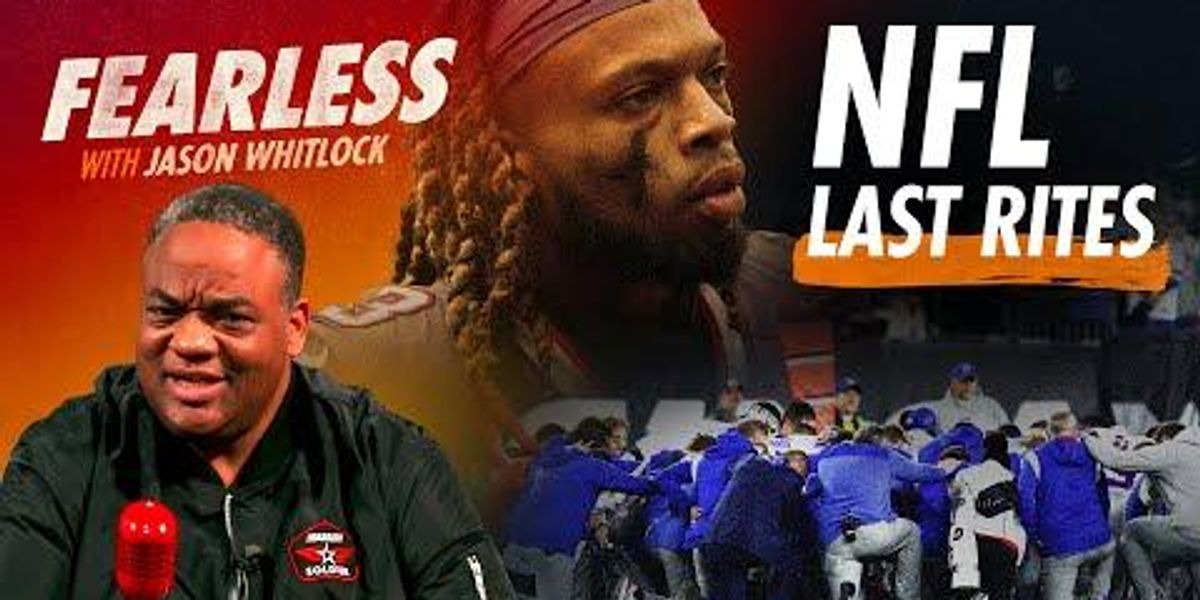 “Fearless” host Jason Whitlock shared his thoughts on how social media reacted to Hamlin’s cardiac arrest and his restored heartbeat. Whitlock observed how the devastation was “strong enough to convert the users of the most secular social media platform, Twitter, into Christians.”

Jason said many users and sports commentators were quoted saying, “Praying for Damar,” and compared football players to heroes who sacrificed their lives. Watch the clip to hear Jason tear into the corporate media.

To enjoy more fearless conversations at the crossroads of culture, faith, sports, and comedy with Jason Whitlock, subscribe to BlazeTV — the largest multi-platform network of voices who love America, defend the Constitution, and live the American dream.

Vince McMahon open to leaving WWE for good if he sells the company, CEO Nick Khan says
Justice Department Searching Biden’s Delaware Home Amid Classified Documents Scandal
AOC Is Right About Something… And It Should Terrify You
CBS Tees Up Coates to Fret Over DeSantis Defeating Wokeism in AP Class on Black History
Trump Exposed His Fear of DeSantis in 2024