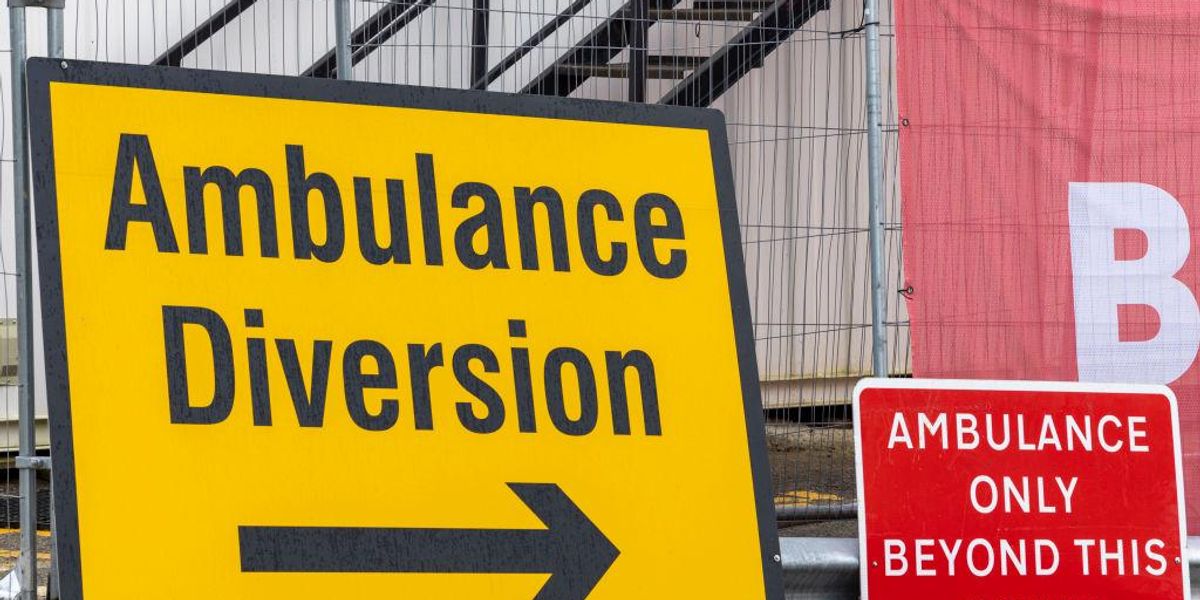 Recently, there has been a lot of controversy over folks who eschew the traditional “Merry Christmas” greeting for blander, more inclusive holiday wishes. However, a medical practice in England recently came under fire for a different reason: instead of sending out a text wishing all their patients a “very merry Christmas,” they accidentally sent out a text informing all their patients they had “aggressive lung cancer,” and advising them to fill out a form used by those with terminal medical conditions in the UK.

According to the BBC, the erroneous text message was sent out on December 23rd by Askern Medical Practice. According to a screen shot of the text provided to the BBC, the practice asked its patients to “do a DS1500 for the above patient. Diagnosis — Aggressive lung cancer with metastases.” A DS1500 is a form in England that allows the terminally ill to apply for certain benefits from the government.

About an hour later, patients of the clinic received a follow-up text saying, “Please accept our apologies for the previous text message sent. This has been sent in error. Our message to you should have read We wish you a very merry Christmas and a Happy New Year. In case of emergency please contact NHS 111.”

As if this were not bad enough, multiple patients told the BBC that in the intervening time after receiving the first message, they were completely unable to reach the clinic to find out what was going on.

One patient who spoke to the BBC, Sarah Hargreaves, had a particular reason to be concerned. “I had just had a mole removed and was awaiting a result from a biopsy and I had been to hospital as my smear test came back abnormal, so yes, I was very worried.” Ms. Hargreaves reported being unable to reach anyone at the clinic by phone after receiving the upsetting text.

Meanwhile, some patients apparently decided not to wait for someone to answer the phone and went to the clinic in person, where around a half-dozen others were apparently milling about, also vexed about the erroneous text.

The clinic services around 8,000 patients, according to the BBC, and has not yet publicly commented.

Showtime to combine with Paramount+, rebrand with new name
Teacher who was brutally attacked by 9th-grade girl hospitalized, said to be unable to walk; student charged with aggravated battery
Why is Rick Astley suing rapper Yung Gravy?
Tyre Nichols’ mother says she’s ‘not going to stop’ until those responsible for son’s death face justice
‘We already have hurdles. Let’s not create more’: Democrats dubious about Kamala Harris’ political future, impact on 2024 election