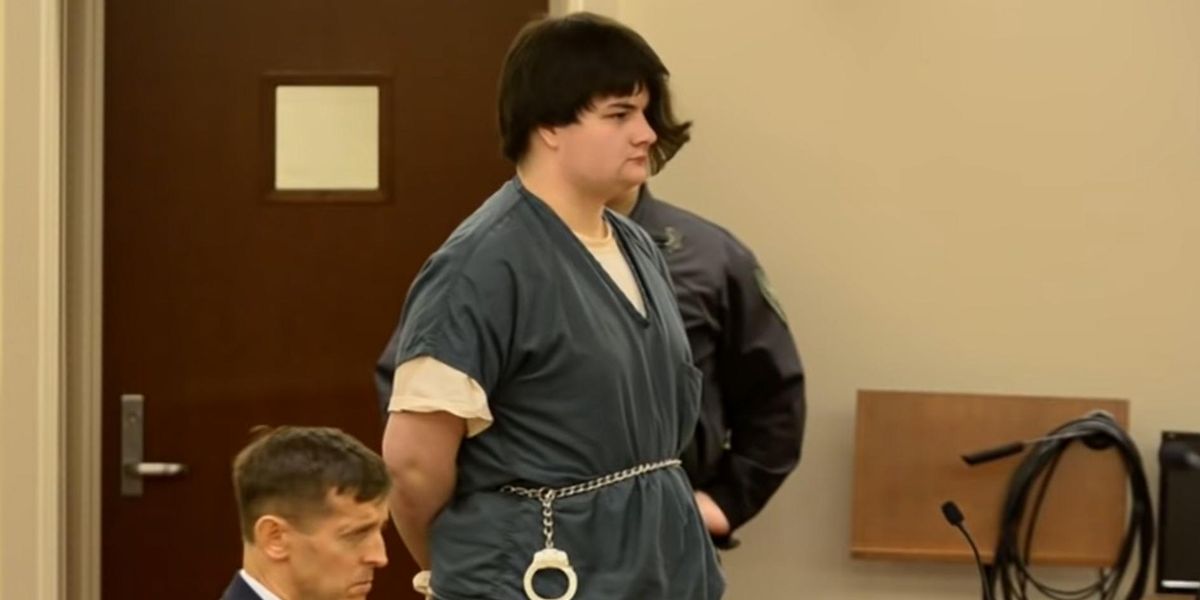 On account of legislation sponsored and approved by Democrat politicians, the 24-year-old transsexual who butchered his parents and family dog on Halloween in 2016 — claiming they provoked him by refusing to indulge his fantasy of being a woman — has received a “female” designation and is no longer in a men’s-only prison.

Andrew Balcer, now 24, was held at the Long Creek Youth Development Center in South Portland, Maine, prior to his conviction in 2018 for the murder of his parents. A program manager at the secure juvenile facility testified in court that Balcer demanded to be called “Andrea” while in custody and further requested that people use female pronouns when describing him, reported the Kennebec Journal.

After receiving his sentence, Balcer was sent to the Maine State Prison, a maximum-security facility for men. However, it appears that the double murderer has since had his accommodations upgraded.

The feminist publication Reduxx reported that Balcer now resides in the Maine Correctional Center in Windham, a mixed-sex medium-security facility where he is likely kept with real women.

According to the MCC website, the facility is Maine’s primary adult reception facility for both male and female residents and is where “residents sentenced to less than five years are directly admitted.”

The Maine Department of Corrections lists Andrew Balcer, a biological male looming at over six feet tall and weighing in at over 245 pounds, as a “female” with the alias “Andrea Balcer.”

Reduxx noted that the so-called “Act to Protect the Rights of Certain Incarcerated Individuals,” sponsored by Democrat state Rep. Charlotte Warren and approved by Democrat Gov. Janet Mills in 2021, enables men to be housed with women in the event that the men identify as women.

Extra to affirming the inmate’s supposed gender dysphoria, housing and search procedures must be consistent with the inmate’s gender identity.

Fox News Digital noted that MDOC Commissioner Randell Liberty rolled out a policy in 2020 requiring state-run prisons to provide clothing that aligns with an inmate’s so-called gender identity, meaning that men can be given bras and women can receive chest binders. Balcer would be eligible to receive such gear.

WGME reported that on Oct. 31, 2016, Balcer murdered his parents, Alice and Tony Balcer, and then slaughtered the family’s chihuahua because it kept barking.

In a 911 call played in court, Balcer confessed to the murders, saying, “I snapped. I took my little Ka-Bar [U.S. Marine Corps combat knife] there and I drove it straight into my mother’s back.”

Balcer later told Maine State Police detectives that he had stabbed his mother when she came over to give him a comforting hug.

The murderer noted at the time of the 911 call — which was punctuated by his apparent laughter — that his mother’s corpse was lying on the floor, “messy.”

“My father came up because he heard her screams and I stabbed the f*** out of him,” said Balcer. “I stabbed the dog too. She was barking.”

The murderer reportedly asked his brother Christopher Balcer if he wanted to die, but ultimately permitted him to escape unmolested.

Judge Eric Walker said, “The only possible motive for the murders appears to be Andrew’s perception that his parents were unwilling or unable to deal with his transgender issues. We will never know if Antonio or Alice Balcer would have been accepting, because they were ambushed and murdered by Andrew.”

Contrary to the murderer’s claims, Alice Balcer’s brother Carl Pierce said, “There was no hatred. There was no malice. There was no ill will. There was resignation to be sure but ultimately there was acceptance.”

The murderer’s brother Christopher Balcer similarly suggested that the victims had been accepting of their killer’s identity, reported the Sun Journal.

Christopher Balcer also suggested that the murderer’s claims of abuse at the hands of his parents were similarly lies, calling the allegations “the most absurd I’ve ever heard in my life.”

Christopher shared a letter he sent to his brother in jail with the Kennebec Journal, in which he wrote, “I still hear our dearest mother’s screams, every night as I fall asleep. Every morning as I awaken, they echo in my head. Her screams as she was stabbed by the son she doted on so much, the son she only wanted the world for, and would accept nothing less.”

“I remember the foul things you accused her of, and the looks of horror upon the family’s faces as they heard about them. You are an inhuman creature and the fact that you continue to pretend otherwise sickens me,” added Christopher.