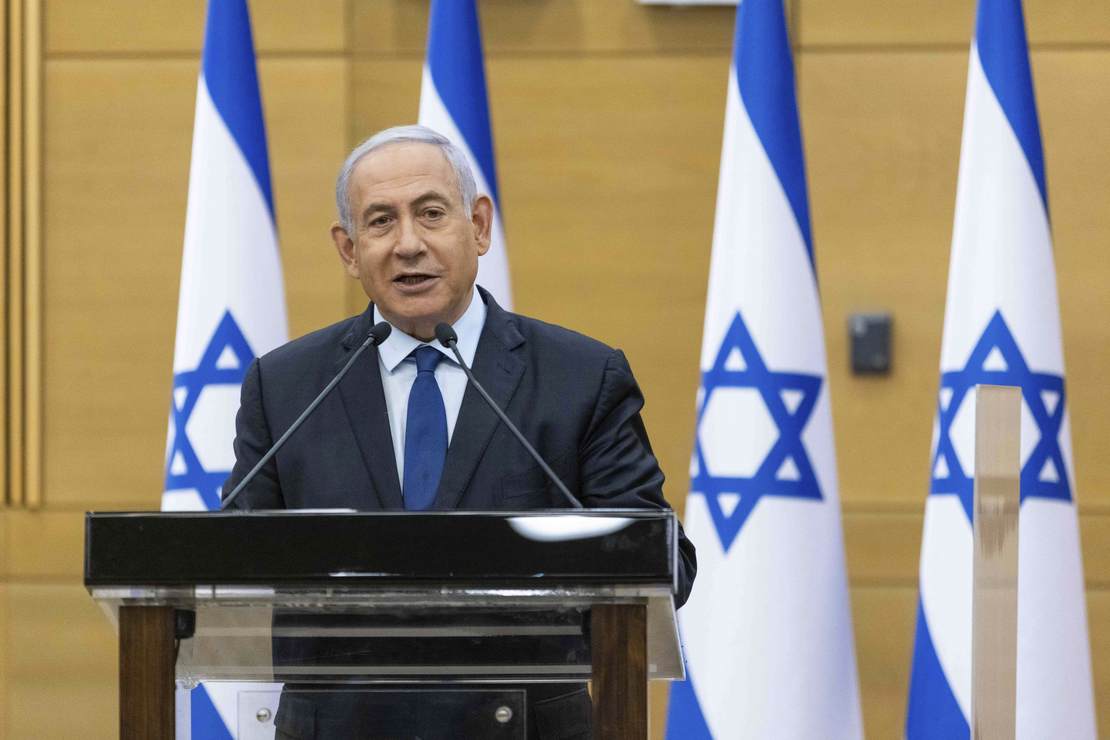 Seven weeks ago, Israel’s President Isaac Herzog asked Likud Party leader and two-time former prime minister Benjamin Netanyahu to form a government. The task was daunting. The moderate-right coalition government of prime ministers Yair Lapid and Naftali Bennett proved unworkable, given that it was a coalition formed specifically to keep Netanyahu out of office. The pair turned out to be unable to govern, and Netanyahu, under a cloud after being indicted on corruption charges, waited for his chance.

That led to the fifth election since 2019 and Netanyahu’s resurrection as a potential prime minister. This time, the more moderate and left-wing parties didn’t want anything to do with Netanyahu. So the canny former prime minister turned elsewhere to find coalition allies and partners.

He came up with the most conservative, most religious coalition in Israeli history. But it also may be the most stable government Israel will have had in the last decade.

Netanyahu and his Likud Party — by far, the largest political party in Israel — will be joined by far-right Otzma Yehudit, Religious Zionism, and Noam, as well as Netanyahu’s long-time ultra-Orthodox partners, Shas and United Torah Judaism.

The former prime minister had to do some wheeling and dealing to finalize the coalition arrangements, and some of the changes being demanded by his coalition partners are raising eyebrows.

The Times of Israel:

The first, a bid to expand political control over the police force by incoming national security minister Itamar Ben Gvir, has been criticized by the attorney general’s office for insufficiently balancing police independence and ministerial authority.

Itamar Ben Gvir will head up the newly created National Security Ministry, whose duties would include overseeing the Israel Border Police in the West Bank. Ben Gvir is a radical right-wing, anti-Palestinian, terrorist-loving Jewish nationalist who was refused service in the IDF for his radical right views. His inclusion in the coalition government is one reason that the more mainstream parties refused to work with Netanyahu.

Meanwhile, Religious Zionism’s Bezalel Smotrich is pushing to change the quasi-constitutional Basic Law undergirding Israel’s government to enable his appointment as an independent minister in the Defense Ministry in charge of West Bank settlement and Palestinian construction. Smotrich advocates for Israel annexing the West Bank, home to about 500,000 Jewish settlers and nearly 3 million Palestinians.

Some of Netanyahu’s critics believe that putting Smotrich in charge of settlements would insure annexation of the West Bank, given the resulting unrest that would require the army’s help in putting down any intifada.  Annexation would also force the government to deal with the prickly question of full citizenship for the Palestinians. That brings the conversation to the question of what is Israel and even what is democracy.

Finally, Shas’s Aryeh Deri is also demanding a change to the same Basic Law, but to clear his way to head up two ministries, despite his recent conviction for tax fraud.

That’s a pretty steep price to pay to form a government. But Netanyahu has had to finesse his commitments in the past and is confident he can do so again.

There are other changes being sought by the right as well.

The biggest democratic debate, however, revolves around the incoming government’s declared intention to increase political control over the judiciary. Three key proposals being discussed are a move to legislate an override clause, by which the Knesset can reinstate any law invalidated by the Supreme Court; to put judicial appointments under political control, as opposed to the current hybrid political-professional-judicial appointments panel; and to split the role of the attorney general as both the head of the state prosecution and the government’s legal adviser.

That’s a full plate for Netanyahu to digest. But most of his coalition has never served in government before and Netanyahu is counting on that taste of power to help keep them in line.

No doubt the left’s heads in Israel are going to be exploding for Netanyahu’s entire term in office. They will be joined by Joe Biden and the left in America, who frown very deeply at Netanyahu for not surrendering to the Palestinians and speaking in an unfriendly manner toward Iran.

It all just rolls off the big man’s shoulders as he continues to protect his nation the only way he knows how.

He does it his way.

UPS and the Teamsters prepare for high-stakes talks with union contract set to expire
Biden Dodges Blame For Inflation: ‘It Was There When I Got Here, Man’
UKRAINE WAR: Here Comes the Russian Wave
Chipotle Mexican Grill misses expectations for earnings, revenue and same-store sales
College Board admits defeat at the hands of Ron DeSantis, and liberals are outraged: ‘A win for fascist intimidation’