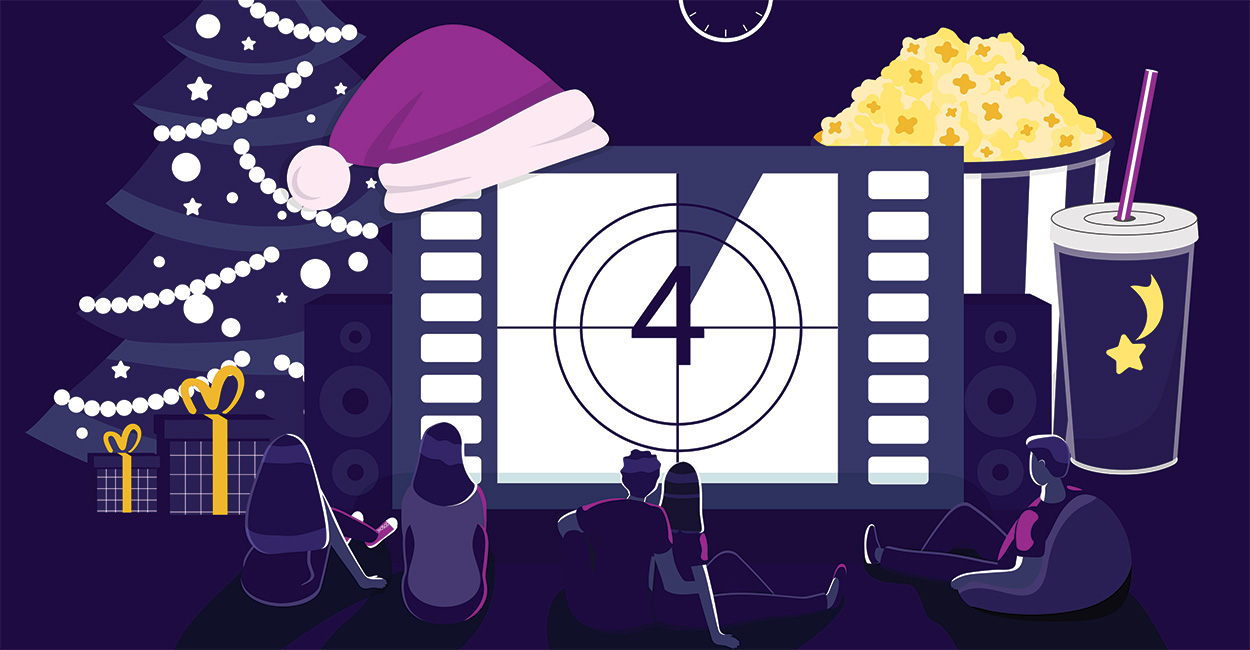 Finding a movie my whole family enjoys is about as common as Patriots coach Bill Belichick cracking a smile under his gray hood. My family members’ differing taste in movies is never clearer than at Christmastime, when my mom would be happy to watch only Hallmark movies and my brother-in-law insists the action thriller “Die Hard” is a Christmas movie. (Which, for the record, it isn’t.)

Around Dec. 27 every year, my family and I will find ourselves sitting on the couch at 8 p.m. after enjoying a generous dinner of leftover roast beef and mashed potatoes. Someone will suggest we watch a movie, to which we all will readily agree until the question: “But what do we watch?”

About nine times out of 10, we land on a movie that half of us will enjoy, while the other half graciously endures the film, or decides that washing the dishes would be more exciting. But then there are the rare occasions when my family stumbles across a movie or series that has just the right mix of what everyone enjoys: a good script, a creative twist, some action, a bit of comedic relief, and a happy ending.

Below in alphabetical order are 22 of those preciously rare movies or other shows that yes, my action-loving brother-in-law, my tender-hearted mother, and my self-proclaimed movie critic sister, father, and I all can genuinely enjoy.

If your family is anything like mine, I hope you find this list helpful during the holiday season and beyond.

Description: A young reporter named Tintin, accompanied by his dog, buys a model ship that ultimately leads them to a great adventure at sea.

Description: Young veterinarian James Herriot moves from his home in Glasgow to the Yorkshire Dales of England to work in a country veterinary clinic owned by a rather difficult Siegfried Farnon. Despite many humorous challenges, Herriot determines that he will make the small community and veterinary practice his home. OK, it’s a multiseason series and not a movie, but it’s comedic, heartwarming, and offers a tasteful amount of romance.

Description:  A streaming dramatic series, not a movie, “The Chosen” is based on the Gospels and follows the ministry of Jesus and his disciples.

Description: Four English siblings are sent to the countyside for safety during World War II. At the estate where they are staying, the children discover an old wardrobe that transports them to the land of Narnia, where they come face-to-face with the realities of good and evil. Based on C.S. Lewis’ classic work of literature, the movie follows the book quite accurately.

Description: Based on the beloved board game, “Clue” the movie is a comedic murder mystery set in an old mansion. Six guests are invited to dinner, but after their host is killed they’re left to solve the crime.

Description: When an elf named Buddy learns he really is a human adopted by elves, he journeys to New York City to meet his father, who happens to be on Santa’s “naughty list.” Buddy’s love for Christmas brings joy back into the lives of his new family and friends, and ultimately leads to his saving the holiday.

Description: Based on the true story of what is considered to be one of the greatest small-boat rescues in American history, a small Coast Guard crew sets off in a winter storm to rescue sailors stranded off the coast of Cape Cod, Massachusetts.

Description: A poor man named P.T. Barnum has a dream for a new form of entertainment that ultimately becomes the world famous Barnum & Bailey circus.

Description: The McAlister family is spending Christmas in Paris, but in their haste to leave the house to catch their flight, 8-year-old Kevin is left at home. Now Kevin must defend his home against two burglars on Christmas Eve.

Description: A detective investigates the questionable sudden death of a wealthy patriarch whose relatives are eagerly awaiting their inheritance.

Description: In 19th-century France, a factory owner with a mysterious past adopts the orphaned child of a former employee even as he is pursued by a militant policeman for breaking parole.

Description: A father goes to extreme lengths to spend more time with his three children during a tense divorce.

Description: The classic story by Charles Dickens is brought to new life through a creative telling that only The Muppets can deliver.

Description: New York City paperboys go on strike after the price to purchase the newspapers they sell is raised.

Description: A young man with Down syndrome runs away from his care facility to achieve his dream of becoming a wrestler. He befriends an unlikely character along the way who becomes his coach and advocate.

Description: In this version of the Jane Austen classic, the marriage of her five daughters is nearly all Mrs. Bennet can think about. A complex web of love and social expectations leads to beautiful, and sometimes unexpected, romance.

Description: A group of neighborhood kids spends the summer of 1962 getting into trouble and playing lots of baseball in a dusty sandlot.

Description: On the brink of losing his job, this version of writer-cartoonist James Thurber’s character Walter Mitty throws caution to the wind and begins to live out his adventurous fantasies.

Description: A police officer adopts and trains a shelter dog in hopes of joining an elite K-9 unit. Based on a true story.

Description: Maverick returns to Top Gun school to train a group of elite fighter pilots for one of the most dangerous missions in naval history.

Description: A young man loses his horse to the cavalry in World War I. The horse ends up in the hands of several owners, all of whom are affected by the hardship of war in different ways.

Description: A young woman and her boyfriend try to surprise one another for Christmas, but instead each awkwardly celebrates the holidays apart—with the other’s family.