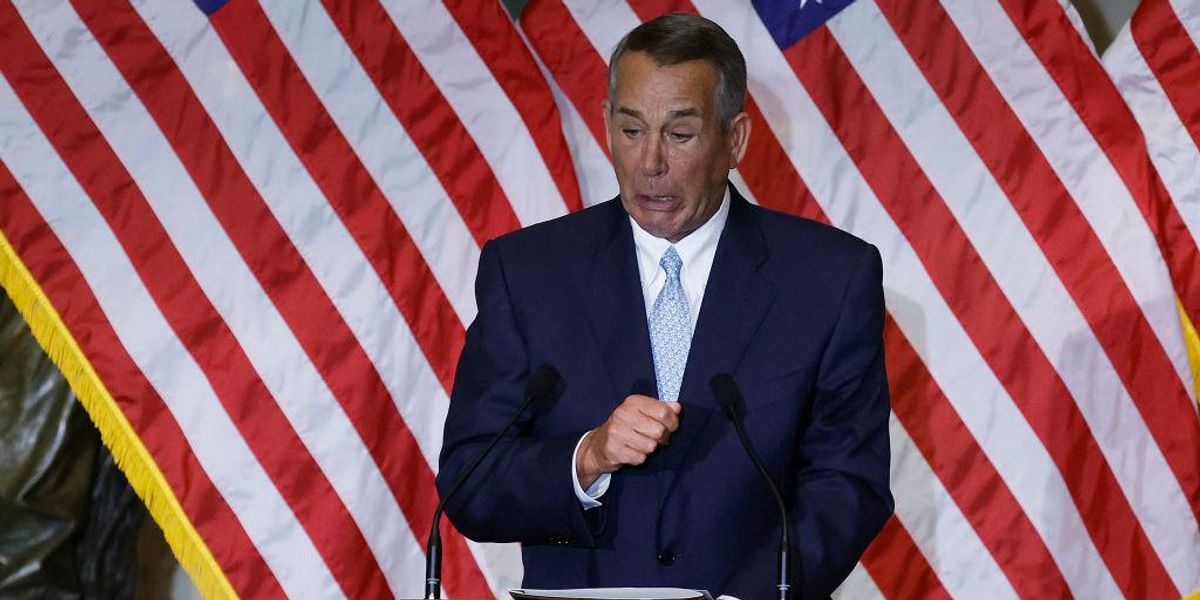 Boehner, who served as speaker from early 2011 through late October 2015, became choked up when saying, in an apparent reference to his daughters, that his “girls” told him to tell Pelosi how much they admire her.

Boehner said that no other modern speaker has lead with the “authority” or “consistent results” as Pelosi, and he described the lawmaker as “one tough cookie.”

Pelosi later said of Boehner that she would have been a bit “disappointed if he did not get emotional.”

Pelosi is the first and only woman ever to serve as speaker of the House. While she was recently elected to another term in office, she has opted not to seek the leadership role again. She has served as a lawmaker in the U.S. House of Representatives for more than three decades.

“John Boehner crying as he paid tribute to Nancy Pelosi is the perfect symbol of uniparty pathology,” Monica Crowley tweeted.

“Boehner crying in tribute to Pelosi while talking about how his daughters are Democrats is a pretty good summation of Republican leadership over the past couple of decades,” Ben Shapiro tweeted.

u201cBoehner crying in tribute to Pelosi while talking about how his daughters are Democrats is a pretty good summation of Republican leadership over the past couple of decades https://t.co/qccwcscgVUu201d

“While you’re sniveling at Pelosi’s portrait reveal, conservatives are weeping for America — precisely because our country’s greatness and potential have been squandered by The Uniparty…” Tim Meads wrote.

Guy Benson tweeted, “In fairness, Boehner cries about everything.”

More than half of all ‘Avatar: The Way of Water’ tickets have been for 3D showings
In Your Face: Xi Sends Giant Spy Balloon Over US Days Before Blinken Trip to Beijing
CNN Commentator: Chinese Balloon A ‘Three-Story, Giant Middle Finger, F-You’ To USA
PBS Anchor Fights with GOP Rep. Chip Roy on ‘Un-American’ Border Bill
Trump: “There Are Things You Can Say to Each Side Which Will End This War Immediately”