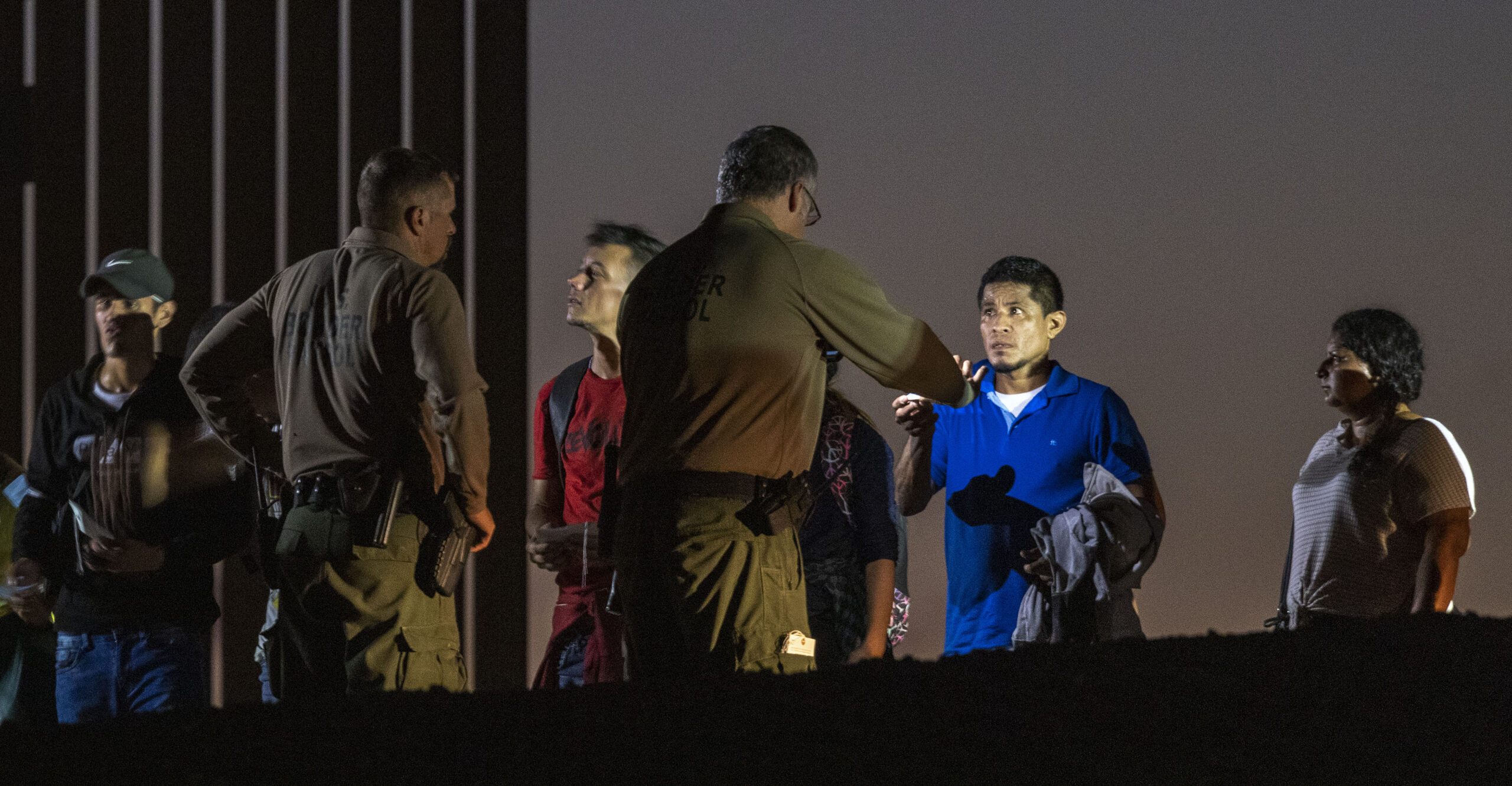 One of the last serious border enforcement policies left under the Biden administration is just days away from being removed.

If it can be believed, things look to become much worse at the southern border, where tens of thousands of illegal immigrants and asylum-seekers are currently gathering.

Title 42 is a public health policy implemented by the Centers for Disease Control and Prevention. President Donald Trump invoked it to allow the quick deportation of illegal immigrants during the COVID-19 pandemic.

Under President Joe Biden, Title 42 has been caught up in a long-term legal battle. A federal judge appointed in 1994 by President Bill Clinton recently ordered the policy removed by Dec. 21.

A total of 19 Republican-controlled states filed a request Monday with the U.S. Court of Appeals for the District of Columbia Circuit to delay removal of Title 42. The Biden administration also appealed the ruling, but that won’t stop it from lifting the policy at the deadline.

In light of all this, we’re seeing a steep escalation of a border situation that spun out of control almost the minute Biden took office Jan. 20, 2021.

Anticipation of Title 42’s removal has prompted tens of thousands of migrants to gather at common border entry points. The only response from the Biden administration has been to say that “no decisions have been made” about what to do about the end of Title 42, but that officials take the issue seriously.

The administration requested an additional $4 billion in funding for U.S. Customs and Border Protection and U.S. Immigration and Customs Enforcement, both part of the Department of Homeland Security. But that seems like no more than a Band-Aid being applied to a gushing wound.

The problem stems from the fact that millions of migrants clearly think they will be allowed to stay in the country after coming here illegally.

With the impending end of Title 42, migrants have even more reason to believe that and have acted accordingly.

Maintaining law and order isn’t just about arresting and charging alleged offenders, it’s about enforcing the law in court as well. As we see with crime in big cities, you can arrest criminals all you like, but if the district attorney won’t prosecute, the crimes will keep happening.

In this case, it’s illegal entry into the United States. Border-crossing numbers from the past few months have been staggering and are a harbinger of what’s to come.

For instance, Fox News reported Thursday that the El Paso sector along the southern border, one of nine such areas, saw a 255% increase in encounters with illegal immigrants since Oct. 1, the beginning of fiscal year 2023.

“The El Paso sector is averaging over 2,000 illegal crossings a day and has seen a 255% increase in encounters this fiscal year to date, compared with last fiscal year,” Fox News reported. “There were more than 2.3 million migrant encounters in a historic FY 2022, and already FY 2023 is on track to outpace that number border-wide.”

Remember when the legacy media went into a panic because Florida Gov. Ron DeSantis flew 50 illegal immigrants to Martha’s Vineyard?

Caravans of thousands of migrants have been showing up in border states, many of whom simply are released.

Holding facilities already are overwhelmed and at the breaking point. Long lines of migrants wait at border points to be let into the country.

And it may get worse. The Department of Homeland Security said that it is preparing for 12,000 to 14,000 unlawful border crossings every day once Title 42 comes to an end. That would be roughly 5 million illegal aliens over the course of a year, a number that not only would shatter the record number set this past year, but nearly double it.

Rep. Jim Jordan, R-Ohio, put those numbers in perspective in a post on Twitter: It would mean that about 400,000 illegal immigrants—more than the population of New Orleans—would show up each month.

It’s important to note that the problem isn’t just about the sheer quantity of migrants pouring illegally into the United States. It’s also about the kind of people who are slipping in and what they’re bringing to this country.

For instance, earlier in December, Border Patrol agents at a checkpoint station in Texas discovered that a truck contained over 3,000 pounds of liquid methamphetamine hidden in Clorox bottles. This haul of illicit drugs is worth over $100 million.

The border crisis also is fueling the drug crisis, which is killing millions of Americans.

There’s a reason why Republicans are looking at impeaching Homeland Security Secretary Alejandro Mayorkas when their party retakes the House majority Jan. 3.

The DHS chief has stretched belief by continually insisting that all is under control at the border, it isn’t a crisis. Unfortunately, even if Mayorkas leaves office or is removed, this huge problem likely won’t go away.

The border crisis stems from the top. This is a catastrophe of Biden’s own making. Derelict leadership, and now the end of Title 42, means that America essentially will have an open border.

We Are Not ‘At the Brink of World War III’ — At Least Not Yet
Lisa Loring, the original Wednesday Addams actress, dies after stroke
It’s Groundhog Day – and Punxsutawney Phil has given us his weather prediction
Tucker Carlson Calls Out Antifa Protests As Coordinated, Political Propaganda (VIDEO)
Ford and General Motors enter a new phase of uncertainty on prices and demand