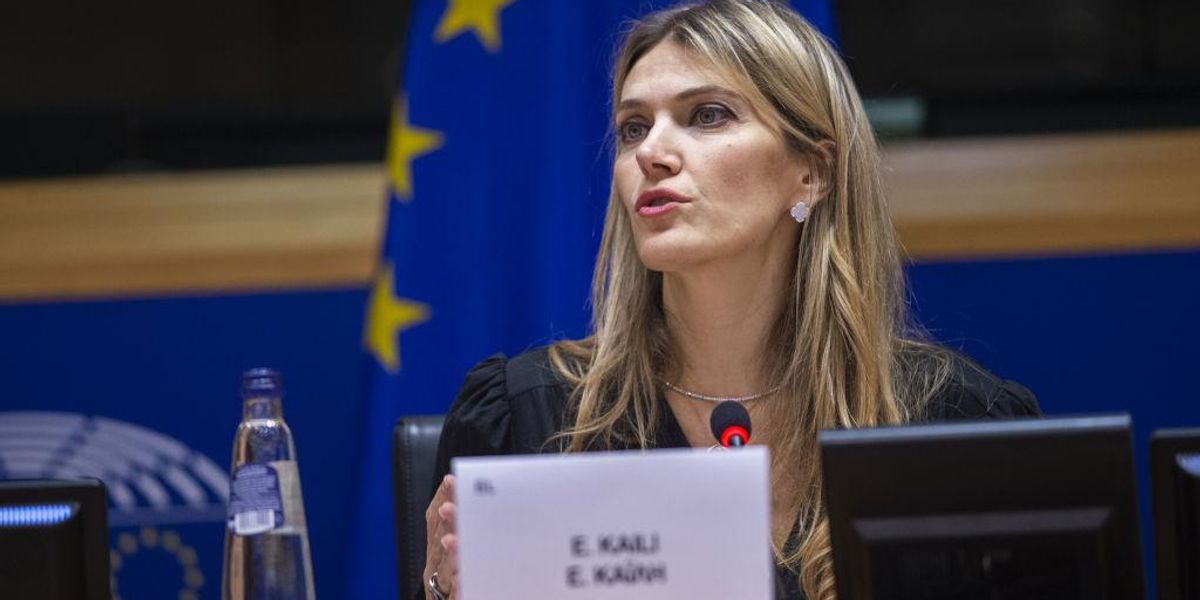 A Greek socialist serving as vice president of the European Union’s parliament was arrested in Belgium for allegedly taking bribes to “influence the economic and political decisions” of the EU on behalf of Qatar.

The EU vice president’s arrest comes amidst 16 raids conducted by Belgian police across Brussels as part of a broader investigation into corruption involving Qatar, Morocco, and socialist members of the EU.

Eva Kaili, 44, a member of the European Parliament since 2014, was arrested on Friday along with four Italians, reported the Free Press Journal.

Kaili was subsequently suspended by her Socialists and Democrats (S&D) group in the European parliament as well as back home by her Greek socialist party, Pasok-Movement for Change.

A warrant obtained by Politico indicated that Panzeri was accused of “intervening politically with members working at the European Parliament for the benefit of Qatar and Morocco.”

According to Belgium’s federal prosecutor, €600,000 ($632,606.34) in cash were discovered in the raids. Computer equipment and mobile phones were also seized, and will be examined as part of the investigations.

The Daily Mail reported that the searches were executed as part of a broader probe into “criminal organization, corruption and money laundering.”

Kaili claimed that Qatar, a country with a history of human rights violations, was a “frontrunner in labor rights,” despite claims that thousands of migrant workers may have died building stadiums for the World Cup. Late last month, the Qatari government acknowledged that at least 400 workers had perished during construction. Newsweek suggested that nearly 6,500 workers may have died since construction began when FIFA’s Executive Committee tapped Qatar as the host 10 years ago.

The Greek socialist also said the Qataris “are a new generation of intelligence, high-educated people. … They helped us. And they are peace negotiators. They are good neighbours and partners.”

Kaili added, “Still, some here are calling to discriminate them. … They bully them, and they accuse everyone that talks to them or engages of corruption.”

u201c”I alone said that Qatar is a frontrunner in labour rights, abolishing kafala and reducing minimum wage.”nnEva Kaili, Vice-President of the European Parliament in a plenary speech. She’s been questioned in a corruption investigation by Belgian authorities.nnIt’s appalling.u201d

The Greek socialist said in a video posted to Twitter by the Qatar News Agency, “I believe the World Cup for Arabs has been a great tool for… political transformation and reforms,” reported the Daily Mail.

Qatari media claimed that on her recent trip to Qatar, Kaili spoke of “enhancing the understanding between peoples of EU and Qatari people and improving their perception of each other.”

It would appear, cash is universally understood.

The S&D party also requested “the suspension of work on any files and plenary votes regarding the Gulf States, particularly visa liberalisation and planned visits.”

The S&D group has ostensibly worked hard in recent months not to upset the Qataris, fighting calls to boycott the World Cup games.

Belgian socialist Marc Tarabella said, “There are high standards of safety in place [in Qatar] for workers, and implementation of minimum wages.”

S&D group leader Iratxe García Perez reportedly displaced blame from Qatar to the FIFA, and claimed that the World Cup in the Arab state should be regarded as a chance “to bring everyone together to promote freedom, equality, human rights.”