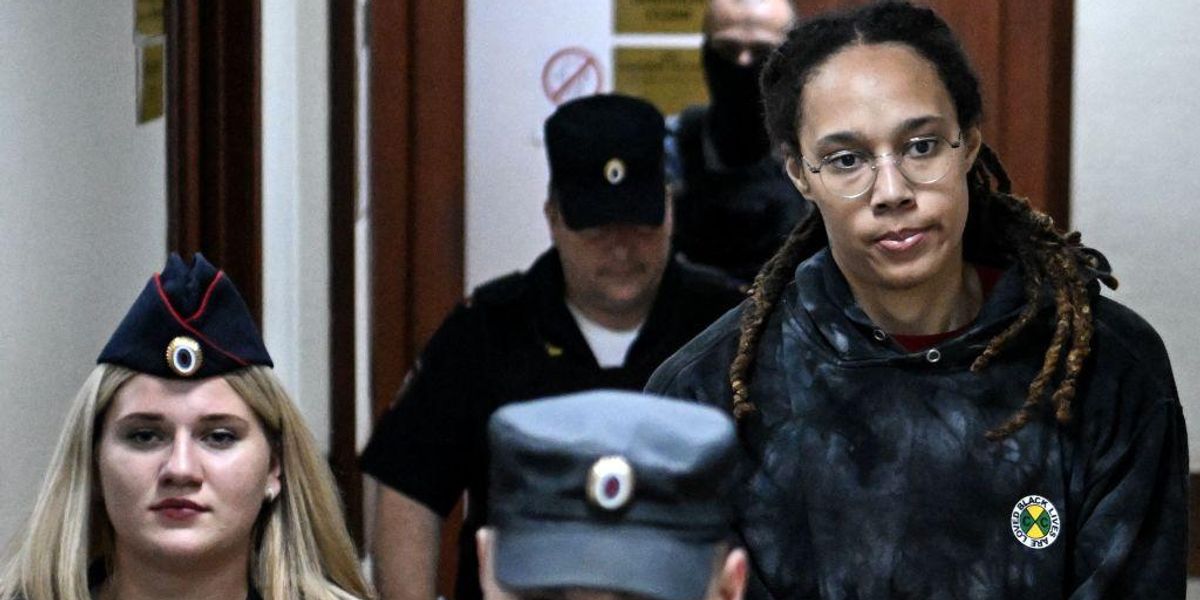 WNBA player Brittney Griner, who has been imprisoned in Russia for months after being sentenced to nine years behind bars in August 2022, will be exchanged for Russian arms dealer Viktor Bout, according to Biden administration officials, CBS reports. Former U.S. Drug Enforcement Administration agents have condemned the swap, saying it will “damage the deterrence” against committing crimes against the United States, as criminals now know this is a possible outcome.

Officials reportedly told CBS News that the agreement was reached as of Thursday, December 1, 2022 and was given final approval by President Biden.

Biden, Vice President Kamala Harris, and Secretary of State Antony Blinken were joined in the Oval Office by Griner’s wife, Cherelle, for a phone call with the now-former prisoner. Photos of the call were shared on President Biden’s Twitter page, announcing that Griner would be returning.

“Moments ago I spoke to Brittney Griner. She is safe. She is on a plane. She is on her way home.”

At the White House, Biden said that Griner was in “good spirits” and was looking forward to returning home, condemning the Russian legal process for Griner as a “show trial.”

The exchange, which reportedly was negotiated in the United Arab Emirates, will still leave ex-Marine Paul Whelan in Russian custody, with talks for his release alleged to continue. Whelan was convicted in 2020 of spying and sentenced to 16 years in maximum-security prison, despite denying all charges.

Biden appeared to confirm this, stating, “We’ve not forgotten about Paul Whelan” and later remarking that “we will never give up” trying to get Whelan released.

The swap for Griner ends a would-be 25-year sentence for arms dealer Viktor Bout, who was allegedly a high priority for Russia’s President Putin.

Former DEA agents who were involved in the capturing of Bout told CBS News that this exchange could damage the “deterrence and consequences of committing crimes against the United States” now that “killers and criminals” know they can negotiate their way out of long sentences.

Another DEA agent told CBS News that the agreement is “terrible” for the “rule of law” and will reduce the criminal trials to “political stunts.”

One of the agents called operations such as the one that led to the incarceration of Bout as “Herculean,” spanning multiple continents to see the job done. Bout was seen a particularly important case for Putin, who is allegedly close friends with the dealer.

Showtime to combine with Paramount+, rebrand with new name
Sopranos Star John Ventimiglia’s Daughter Dead at 25
Charts suggest investors should bet on ‘work horses’ in the Dow Jones Industrial Average, Jim Cramer says
Watch a 5-year-old preacher go viral by baptizing his toys, singing with Grammy Award-winning singer: ‘You have lifted us all up’
Nation’s Highest-Paid Teachers Are Shutting Down Schools To Demand Higher Pay