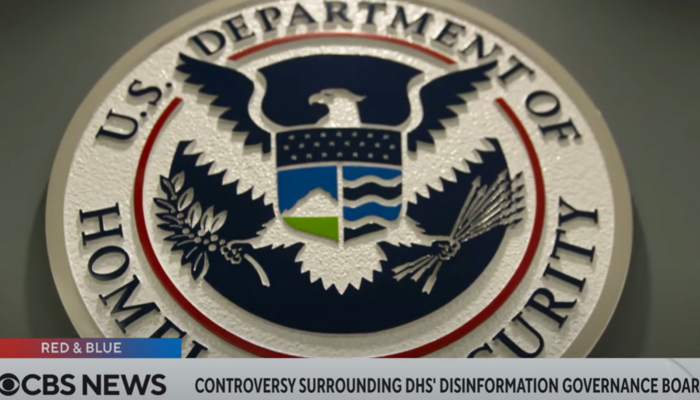 The Department of Homeland Security’s defunct Disinformation Governance Board had incorporated at least five federal agencies, developed a basic work plan and exchanged emails with Facebook executives about a potential meeting. 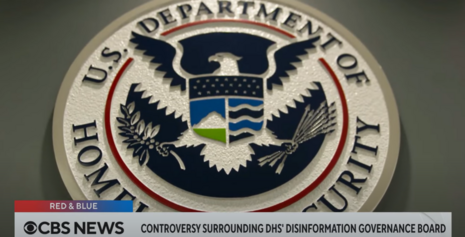 The revelations surfaced in documents released in response to a Freedom of Information Act (FOIA) request by Citizens United. While heavily redacted, the documents offer glimpses into the Biden administration’s working relationship with Big Tech and its plans to launch the Disinformation Governance Board (DGB), which ultimately terminated in August after drawing mass public criticism.

An April 1 email that listed former DGB Executive Director Nina Jankowicz as a sender was sent to other officials, and outlined “capabilities review meetings” for the following week with the Cybersecurity and Information Security Agency (CISA), Federal Emergency Management Agency (FEMA), the DHS Science and Technology Directorate and the DHS Office of Intelligence and Analysis. Jankowicz was a highly controversial leader who resigned in May after public backlash over the board.

Additionally, another email exchange later in April noted plans to involve the federal Office of the Director of National Intelligence (ODNI) in a DGB “case study on irregular migration that we hope to push forward asap,” according to a message from Jankowicz.

“We want our intelligence agencies to work effectively with their partners to protect our national security,” MRC Free Speech America Vice President Dan Schneider said. “The problem is they’ve become so politicized that we don’t know when they’re working for Americans, and when they’re working against Americans.”

The 2004 Intelligence Reform and Terrorism Prevention Act established ODNI, in part, to advise the president on “matters related to the national security,” and to provide intelligence that is “timely, objective [and] independent of political considerations.”

But documents released in June show that the Department of Homeland Security, the DGB’s host agency, had characterized the questions on the validity of the 2020 election, questions on the origins and effects of COVID-19 vaccines and questions on the efficacy of masks, as “homeland security risks.”

This politicization begs the question whether the DGB’s involvement with ODNI – or any other agency, for that matter – was actually apolitical.

Roughly one month before her resignation from the board, Jankowicz on April 11 noted she was “chagrined” that the board still had not been publicly announced five weeks after officials first discussed a public rollout. Another April 11 Jankowicz email apparently included an attachment to a written plan for the board’s rollout.

That email diverged from congressional testimony given by Homeland Security Secretary Alejandro Mayorkas on May 4. Mayorkas claimed that the board had “not yet begun its work.” Seven Republican senators in a June letter accused Mayorkas of misrepresenting the DGB’s purview, and called for another hearing to explore Mayorkas’s previous “misleading” testimony.

Apparently, Facebook figured to be part of the DGB’s work.

After a heavy redaction, a March 31 email apparently sent to Silvers from Meta Executive Branch Public Policy Director Sandy Luff stated: “[W]e’d like to request a meeting with you to provide an update on these issues if your schedule permits and would be happy to do this meeting in-person.”

An April 20 Jankowicz email references a “basic workplan,” though DHS redacted the work plan itself from the released documents.

Conservatives are under attack. Contact your representatives and demand that Big Tech be held to account to mirror the First Amendment. If you have been censored, contact us at the CensorTrack contact form, and help us hold Big Tech accountable.