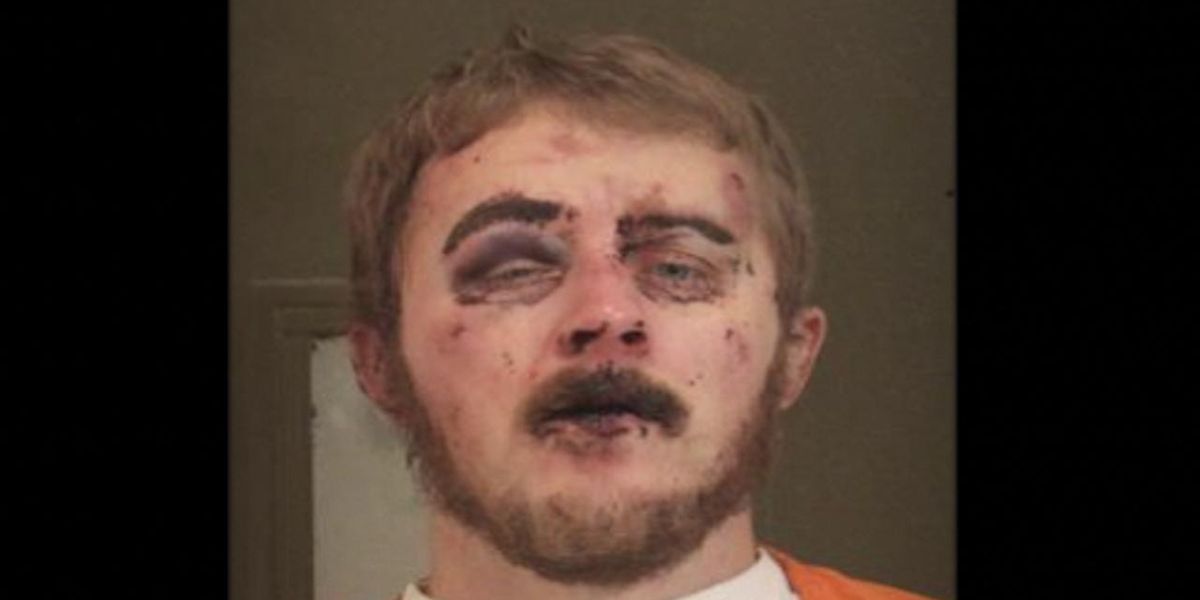 A 32-year-old man allegedly tossed a Molotov cocktail at police in Corning, California, earlier this week — after which an off-duty officer tackled the suspect, KRCR-TV reported.

However, when the suspect continued to resist arrest, police used baton strikes and “pain-compliance techniques” in order to subdue him.

Police said Russ was fumbling with an item near his waistband while walking away and ignoring officers, KRCR reported — and that’s when he lit a Molotov cocktail, threw it toward an officer, and ran away west on Solano Street.

The Molotov cocktail missed the officer and exploded near a parked vehicle, police said in a press release.

Officers chased Russ on foot and in a patrol car, the station said, before an off-duty officer finally tackled him.

Police said Russ resisted arrest by concealing his hands in his waistband and backpack, KRCR reported.

Officers then used baton strikes and “pain-compliance techniques” as he continued to resist arrest, police said, adding that officers eventually were able to get him into handcuffs.

Police said Russ had an active arrest warrant for a previous incident in late July when he threw a Molotov cocktail near a staging area for marked patrol cars, the station said.

Russ was booked into the Tehama County Jail on several charges including attempted murder, possession of an explosive device, arson, battery on a peace officer, and resisting arrest, KRCR reported.

He is being held without bail and is set to appear in court Dec. 6, Fox News reported.

Corning is about three hours northeast of San Francisco.