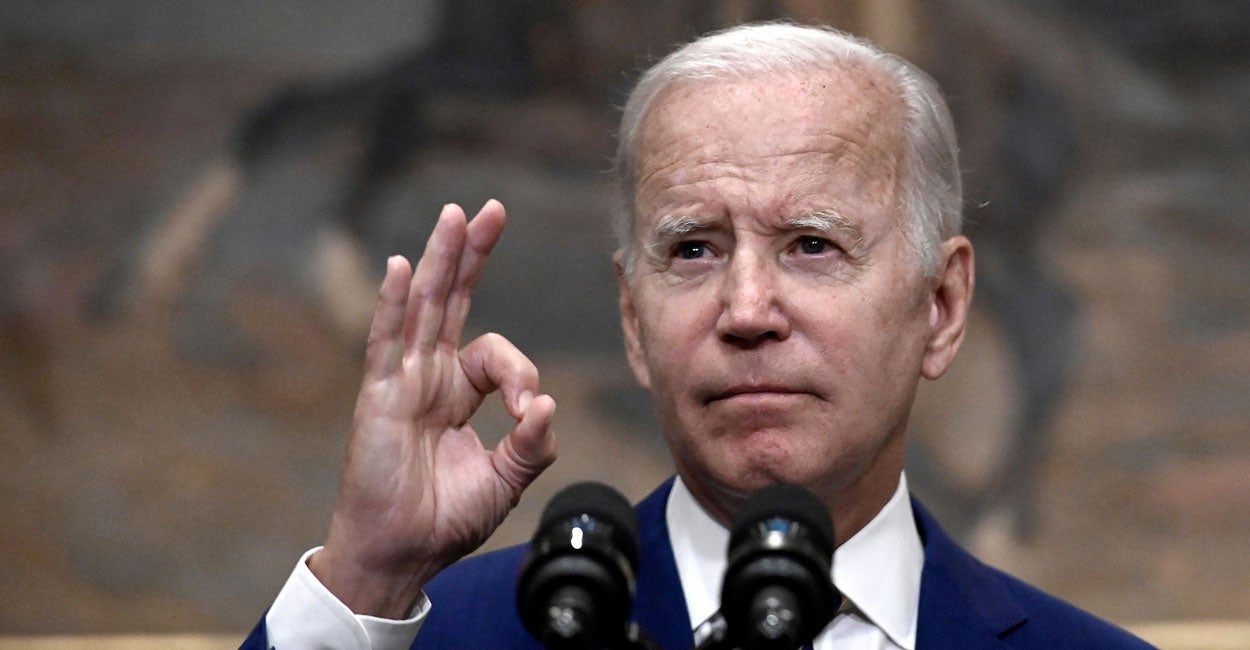 This month’s midterm elections might have come with a high price tag. The outgoing majority might attempt to push through the last of its remaining agenda before the year ends.

Members of the House and Senate who want to advance a pro-family, pro-life agenda might consider joining them. They shouldn’t.

We just went down this road. In March 2021, the Biden administration created temporary work-free cash payments in the American Rescue Plan. They transformed the child tax credit from a $2,000-per-child annual tax credit into a child allowance with a maximum monthly payment of $300 for each child younger than 6 years of age and $250 for older children, raising the annual benefit to $3,600 or $3,000 per child.

Six months of automatic monthly payments were paid between July and December of last year. The remainder was paid in a lump sum after 2021 taxes were filed.

The Biden child tax credit eventually lapsed in December 2021 because Sen. Joe Manchin, D-W.Va., had serious concerns about this lack of work incentives: “There’s no work requirements whatsoever. There’s no education requirements whatsoever for better skill sets. Don’t you think, if we’re going to help the children, that the people should make some effort?”

If the Biden child tax credit—or any version of cash payments without firm ties to work and marriage—is made permanent, it will undermine the economy, self-support, social well-being, and upward mobility.

Researchers at the University of Chicago found that removing the work requirements and incentives from the child tax credit would substantially reduce parental work. If the child allowance were made permanent, 1.5 million workers—2.6% of all working parents—would exit the labor force.

Some 83% of the reported drop in workers would occur in single-earner families. This means that, as a result of the child allowance, at least an additional 1 million families with children would have no working parent at all, but would depend instead on welfare.

The Biden child allowance also represents a substantial increase in the welfare state. Some 74% of new aid was not tax relief. It was cash welfare benefits sent to families who owe no income tax. These new cash welfare benefits would cost at least $78 billion per year. (That’s the equivalent of an extra 67 cents in taxes on every gallon of gas purchased in America.)

But this isn’t just an economic issue. It has a massive impact on social stability. Unconditional cash aid weakens marriage and increases abortion.

The traditional welfare system, with its predominant focus on subsidizing nonworking single parents fueled the rapid collapse of marriage and rise of nonmarital childbearing.

When President Lyndon Johnson launched the War on Poverty in 1964, only 7% of children were born to single mothers. The unconditional cash-welfare system expanded by Johnson’s “war” and other traditional welfare policies led to a dramatic rise in nonmarital births in low-income communities. Today, 40% of children are born outside marriage. Nonmarital childbearing occurs overwhelmingly among less-educated, lower-income women. Only 10% of mothers who attend college have children outside marriage, compared with 60% of children whose mothers didn’t graduate high school.

In the decades following the onset of the War on Poverty, marriage suffered a relentless, ongoing collapse. The traditional welfare practice of sending monthly checks to single mothers who were not employed dramatically increased the likelihood that more children would be born and raised outside marriage.

Fortunately, in the early 1990s, welfare reform changed this flawed system. Welfare reform’s work requirements and time limits on cash aid dramatically reduced poverty and brought the rapid collapse of married families with children to a near halt.

Regrettably, the Left has always denounced welfare reform. In its view, reform was an “outrage,” a “moral blot” that would “hurt and impoverish millions of American children.” Biden’s current aim is to overturn welfare reform and restore the foundational feature of the pre-reform welfare system; namely, cash aid to single parents who do not work.

Resurrecting the traditional welfare system in this manner will restart the collapse of marriage in the nation.

Pro-family, pro-life members of Congress should stand steadfastly against any attempt to pass policies, like an extension of the Biden child tax credit, that might appear to be generous to families, but will ultimately harm the most vulnerable.