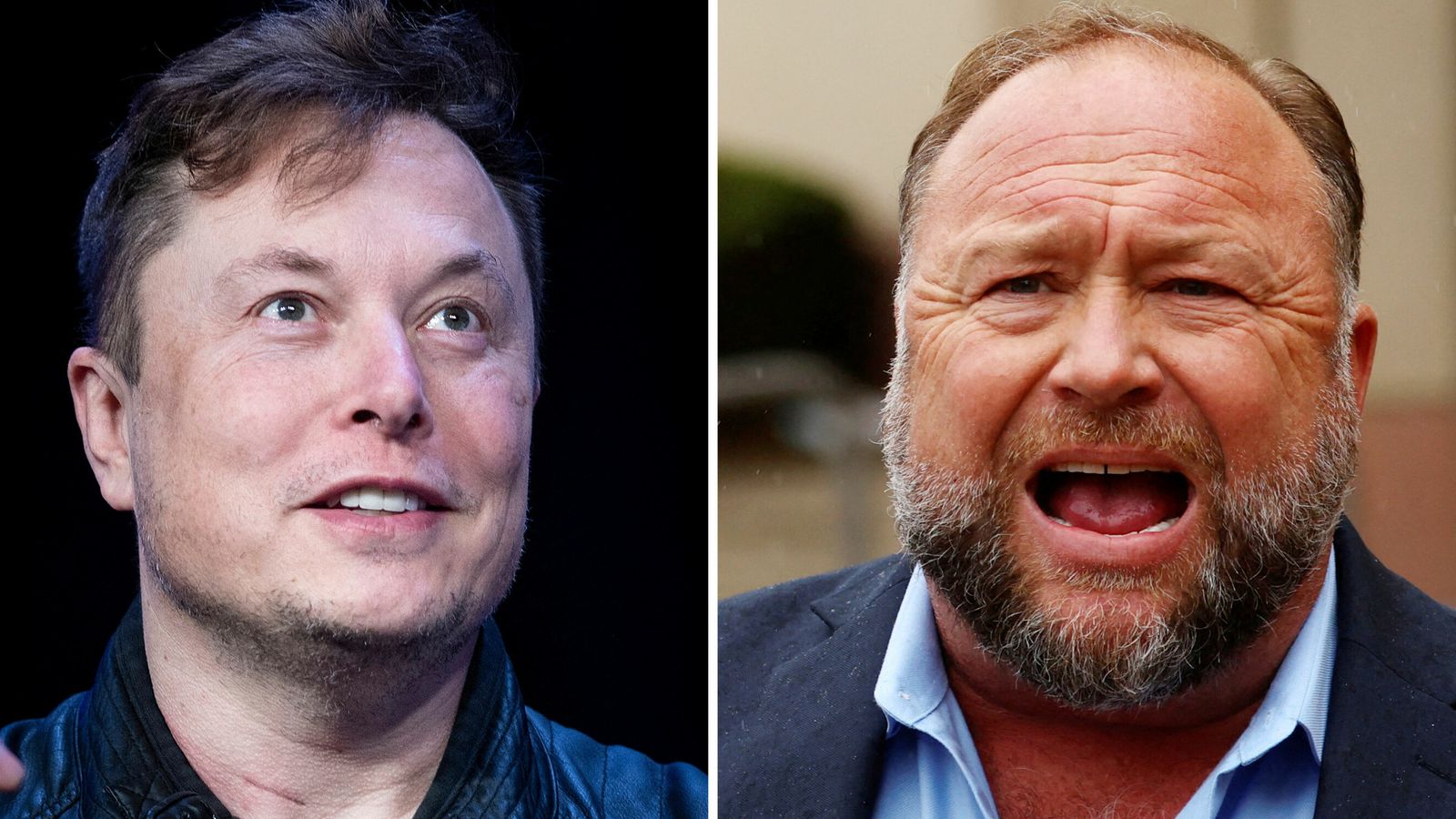 Elon Musk has decided he won’t allow controversial conspiracy theorist Alex Jones back on Twitter, despite allowing his users to choose whether Donald Trump can return.

Explaining his reasoning, Musk tweeted: “My firstborn child died in my arms. I felt his last heartbeat.

“I have no mercy for anyone who would use the deaths of children for gain, politics or fame.”

Right-wing podcaster and Infowars founder Jones has recently been ordered to pay a total of $1.44bn (£1.2bn) by US courts for falsely claiming the victims of a Connecticut school shooting were actors.

Jones alleged for years that the Sandy Hook massacre in Connecticut was staged as part of a government plot to take away Americans’ guns.

But the question has been asked about reinstating his account, given Mr Trump‘s has.

The former US president was permanently suspended from Twitter in January 2021 following the deadly attack by his supporters on the US Capitol.

Now the billionaire has been tweeted the direct question: “Is it time to let Alex Jones back”?, with the argument Mr Jones has apologised and reinstating his account would be in “the interest of real free speech”.

Musk batted down the idea.

Last week Musk asked users on Twitter to vote on whether to reinstate the former president, and the result was close – 51.8% voted yes, while 48.2% voted no.

Since Mr Trump’s account was revived he is yet to tweet though, deciding instead to stick to his own social media platform, Truth Social.

Also back on the social media site is far-right Republican politician Marjorie Taylor Greene, who was suspended earlier this year for spreading COVID misinformation.

She tweeted this evening: “I’m the only Member of Congress the unelected big tech oligarchs permanently banned. On January 2, 2022, they violated my freedom of speech and ability to campaign & fundraise crying ‘covid misinformation.’ My account is back.”

Critics argue the social media platform has been in an almost constant state of chaos since he took over.

Musk has also triggered a flood of resignations, in addition to cutting thousands of jobs, after giving staff an ultimatum that they must sign up to “high intensity and long hours”.

But he wrote on Twitter last week he was not worried about that adding “the best people are staying”.

In an email to some employees on Friday he demanded evidence of what their software code has “achieved” in the past six months, saying “there will be short, technical interviews”.