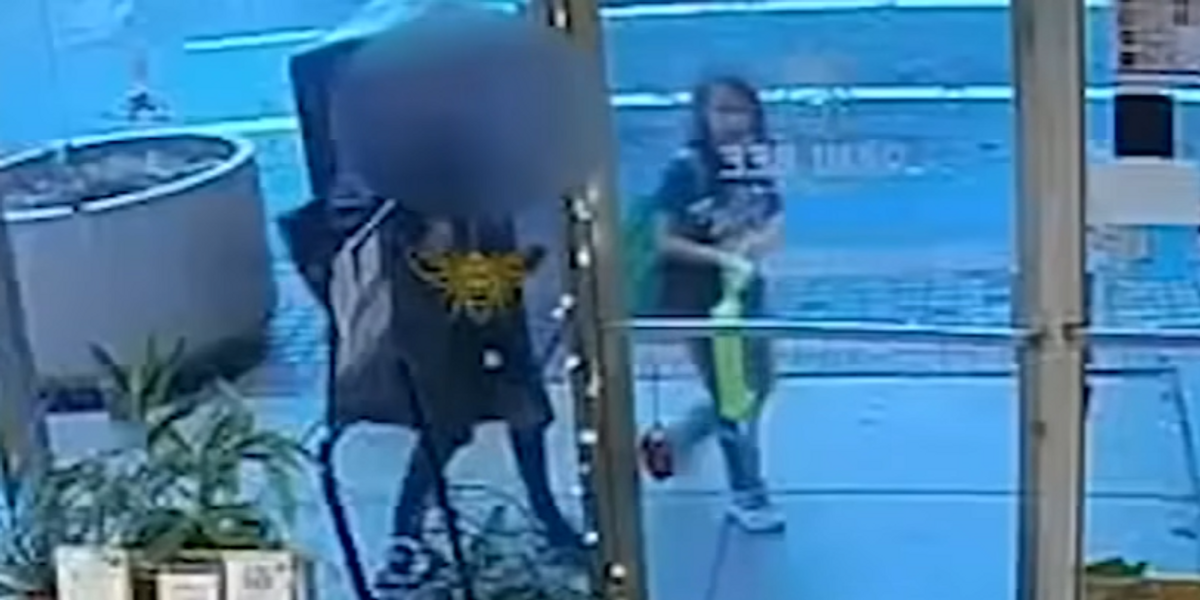 By being calm and quick-witted, a 10-year-old Pennsylvania boy thwarted a possible kidnapping attempt by a woman. The boy is being heralded for his actions and is a poster child for how to diffuse a potential abduction.

On Friday afternoon, Sammy Green was walking home from school in Pottstown — a town about 40 miles outside of Philadelphia. A woman approached the boy and started asking him questions.

“Started walking with him and asking him where his family was, asking where his dad was,” said the boy’s dad, Sam Green.

The woman allegedly offered the boy treats at a local convenience store.

“She said she probably knew me and was going to Wawa and that he was supposed to go with her and he could get anything he wanted,” Green told WPVI.

The boy informed CBS News, “She was like, ‘I’m going to Wawa. Are you going there? What are you getting from Wawa? Where’s your family at?'”

The quick-thinking fourth-grader was suspicious of the woman and without hesitation, devised a plan that may have prevented his own abduction.

Surveillance camera video shows Green walking with the unidentified woman down a sidewalk, when he suddenly makes a detour into a store. Green walked into Dani Bee Funky — a store he is familiar with.

Green walked up to the store’s 17-year-old cashier and whispered into her ear.

Cashier Hannah Daniels explained, “He was like, ‘Pretend like you’re my mom. And I was just like, ‘All right, go to the back.’ He didn’t want to leave my side.”

Daniels walked to the front of the store, and locked the door. The woman scampered away.

“I was still shaking when I was in here,” Sammy said.

Store owner Dani Small praised Daniels, “I am very proud of her. Hannah is a 17-year-old young lady. She did everything correctly.”

Police tracked down the suspicious woman last weekend and said she was getting treatment for mental health issues.

The boy’s father is still grappling with the security video of his son possibly being abducted.

“When we were watching that video, I cried every time I saw it,” Green said. “To see my child looking for help because he was afraid basically for his life. That cuts you deep.”

Green warned other parents that they need to train their children on how to handle a kidnapping crime.

“Think of every scenario and make sure that children know and also practice it,” Green explained. “Practice your situations and scenarios just like fire drills.”


‘Act like you’re my mom’: 10-year-old boy thwarts woman who tried to lure him away

Pentagon Is Sounding The Alarm On China’s Massive Nuclear Build-Out, But Experts Disagree About How To Respond
CNN lays off hundreds of staffers after business review − read the memo
Why did Kanye REALLY storm out of BIZARRE Tim Pool interview?
New Survey Finds Political Polarization Is Eroding Public’s Trust In The Military
James Woods To Sue Twitter Over DNC-Ordered Censorship