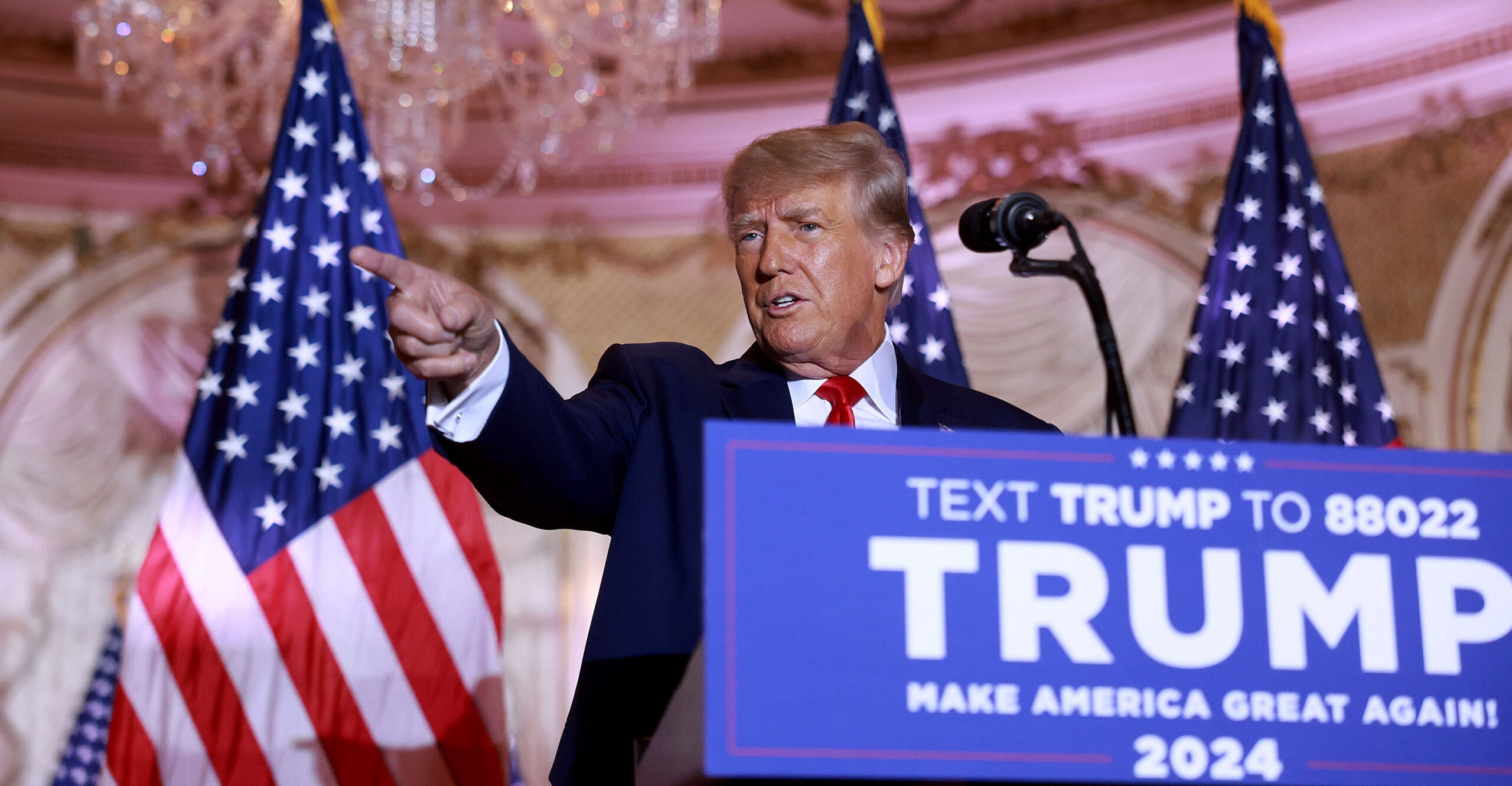 Who or what was responsible for the Republican nationwide collapse in the midterms? After all, pundits, politicos, and pollsters all predicted a “red tsunami.”

Moreover, the average loss of any president in his first midterm is 25 House seats. And when his approval sinks to or below 43%— in the fashion of President Joe Biden—the loss, on average, expands to over 40 seats.

Given such high Republican expectations, the blame game for the loss is as strident and confusing as was the election itself.

Here are some of the most common targets of criticism:

Former President Donald Trump is being blamed on various counts. Before the midterms, he strangely attacked Florida Gov. Ron DeSantis. And he loudly hinted that he would run again.

Those histrionics supposedly took attention away from Republican candidates. Trump turned off some DeSantis fans from Trump-endorsed candidates, and energized Trump-hating left-wingers to go out and vote to stop the momentum for a second Trump presidency.

Yet the idea that Trump was erratic or reckless was not really new and surprised no one on either side of the political divide.

Two, Trump promoted many losing candidates, often on the narrow basis of whether they had accepted his charges of a rigged 2020 election. His critics countered that while his MAGA candidates won primaries in states like Arizona, Georgia, Nevada, and Pennsylvania, they had little chance of going on to win general elections.

Yet, some important Trump-supported candidates did win, including J. D. Vance in Ohio and Ted Budd in North Carolina. At the same time, many centrists and moderates, such as Joe O’Dea in Colorado, lost.

Three, why did Senate Minority Leader Mitch McConnell and the fossilized Republican hierarchy short candidate Blake Masters in Arizona, while pouring money into an internecine fight in Alaska on the side of the less conservative Republican candidate?

Four, are we not in the midst of the greatest political revolution of our age? Election Day voting in most states has been reduced to about 30% of the electorate. What replaced it is an utter mess of early balloting, absentee balloting, mail-in balloting, ranked voting, runoff voting, and endless counting.

The Left saw winning advantages with these radical changes, many made under the pretext of the COVID-19 lockdowns. And it has mastered them to such a degree that most Republicans with small leads at the end of Election Day now expect to lose over the subsequent days and weeks.

Yet, the Republicans already got burned in 2020 by these ongoing radical changes. Did they not have ample time to avoid their recurrence?

Five, this time the silent and undercounted voters were not disillusioned MAGA supporters who hung up on pollsters’ calls.

Instead, pollsters missed the 70% of those under 30, along with single women, who voted straight Democratic tickets.

Mannered Republicans may have scoffed at how Biden and the Left demagogued the abortion issue, or slandered Republicans as semi-fascists and un-American insurrectionists. They shrugged at Biden’s hokey efforts at buying off young voters with amnesties for marijuana convictions and student loans or offering slightly cheaper gas by draining the Strategic Petroleum Reserve.

But all those low-minded strategies resulted in high left-wing enthusiasm and turnout.

They were not just wrong, but way off. And the ensuing hubris of certain victory led to nemesis as Republicans let up the last few weeks. Thousands of conservative voters may have passed at the chance to go to the polls deeming their votes superfluous.

Seven, the Left smeared conservatives as democracy destroyers and violent insurrectionists. So, when the Republicans offered nonstop negative appraisals of Biden’s failed policies without commensurate alternative positive agendas, they unknowingly fed into the Democrats’ false narrative of cranky nihilists.

Could not Republicans have offered an upbeat and coherent contract with America that offered uplifting, concrete solutions to each of Biden’s messes?

Finally, Democrats are now the party of the very rich. The neo-socialist Democratic Party has more billionaire capitalists than do the free-market Republicans.

In almost every important Senate or gubernatorial race, the Democratic candidate was the far better funded of the two. In some races, like the New Hampshire U.S. Senate election, the Democrat outspent her Republican counterpart by a staggering 17-1.

Has the Republican Party of capitalism forgotten the power and role of money in politics? Why is it once again so easily outfunded, outspent, and outsmarted?

Yet there is a common denominator for Republicans to all these multifaceted problems: Either different leaders or different strategies—or both—are necessary to ensure different results.