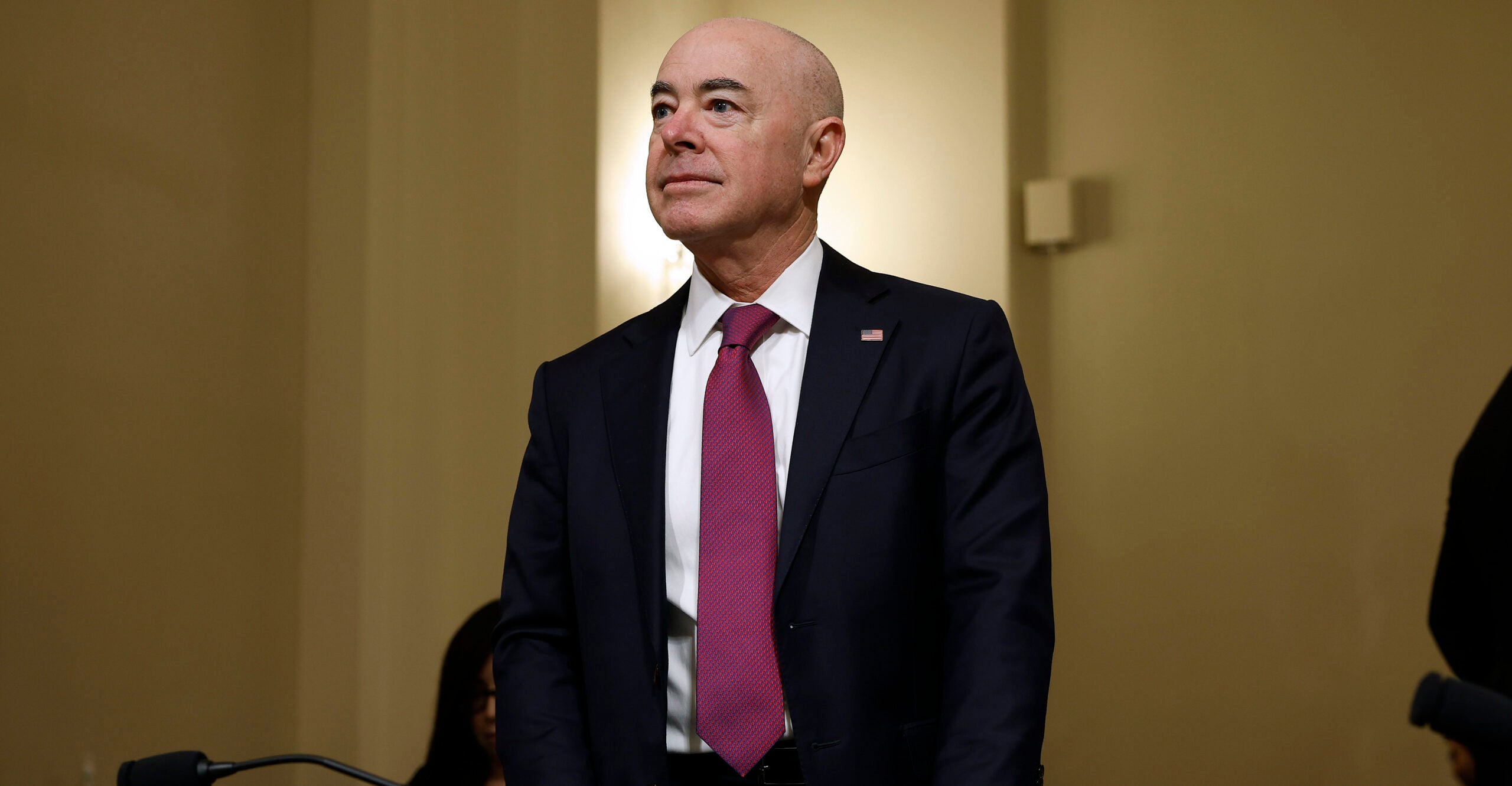 Homeland Security Secretary Alejandro Mayorkas testified before a House panel on Tuesday, just days after Chris Magnus was forced to resign, according to reports, from his post as Customs and Border Protection commissioner.

The Department of Homeland Security has faced scrutiny amid record-high levels of illegal immigration, which has accelerated in recent months.

The following are five key exchanges from the hearing.

“Secretary Mayorkas, last year, you said that, quote, ‘Domestic violent extremism’ poses the most lethal and persistent terrorist-related threat to our country today. Is that still true?” Thompson asked.

Mayorkas answered: “Mr. Chairman, that continues to be our assessment in the Department of Homeland Security, that domestic violent extremism, particularly through lone actors, or small groups loosely affiliated, are spurred to violence by ideologies of hate, anti-government sentiments, personal grievances, and other narratives propagated on online platforms.”

Wray doubled down on that message about domestic terrorism later in the hearing.

“Certainly, we have seen over the last several years, going back to the summer of 2019, an increase in domestic violent extremism,” Wray said. “And we are concerned about the lethality, especially of racially motivated violent extremism and the spike starting in 2020 of anti-government violent extremism.”

Guest compared those numbers to the last year of President Donald Trump’s administration, during which border crossing numbers, he said, were at 458,000.

“We’re seeing in a two-year period the numbers of encounters at our southwest border has increased over 520%,” the Mississippi lawmaker said. “Just taking 2022 and 2021 combined, those two years in which you have been in charge of this agency, we see a number that exceeds 4 million.”

Guest said that number is larger than the populations of 23 U.S. states and asked Mayorkas whether he had lost “operational control” of the border.

Mayorkas responded by saying that the challenge is not “exclusive or specific to our southern border.”

“This is a challenge that exists throughout the hemisphere,” he said.

Mayorkas was questioned about the rate and nature of the historic surge of illegal immigration at the border.

Rep. Dan Bishop, R-N.C., asked the Homeland Security chief whether he thought the border is “secure.”

“Yes, and we are working day in and day out to enhance its security, congressman,” Mayorkas responded.

Bishop also asked Wray for his assessment of the border. Wray had a different take.

“Well, I can only speak to border security from our narrow lane,” the FBI chief responded. “What I would say is that we see significant criminal threats coming from south of the border, whether it’s guns, drugs, money, violence.”

Wray said that his agency is seeing “transnational criminal organizations” sending drugs across the border and supplying gangs in the United States.

Rep. August Pfluger, R-Texas, also pressed Mayorkas about his statement that the border is “secure.” Referring to the nearly 600,000 estimated “gotaways” at the border—illegal border crossers who were not detained by authorities—Pfluger asked, “How many of the 600,000 people match the terror watchlist?”

Mayorkas responded, “by definition, they are gotaways,” before Pfluger interrupted him and asked rhetorically, “Then how can you say the border is secure? The American people aren’t buying it.”

“Did the FBI have confidential human sources embedded within January 6 protesters on January 6 of 2021?” Higgins asked.

Wray answered by saying that the FBI didn’t cause the Jan. 6 incident.

“As I’m sure you can appreciate, I have to be very careful what I can say … about when we do and do not, where we have and have not, used confidential sources,” he said. “But to the extent that there’s a suggestion, for example, that the FBI’s confidential human sources or FBI employees in some way instigated or orchestrated January 6, that’s categorically false.”

Higgins then asked if there were FBI human sources dressed as Trump supporters inside the Capitol on Jan. 6, to which Wray began by saying, “Again, I have to be very careful …” before being cut off by Higgins.

“It should be a ‘no,’” Higgins said. “Can you not tell the American people, ‘No, we did not have confidential human sources dressed as Trump supporters, positioned inside the Capitol on January 6?”

Bishop, the North Carolina Republican, asked Mayorkas about a report from the Intercept that alleged that the Department of Homeland Security coordinated with social media companies to censor private citizens. Bishop specifically referenced a part of the report that alleged that DHS emailed Twitter about an account that “imperiled election integrity,” despite having only 56 followers and references to “weed shops.”

“Secretary Mayorkas, does the level of interaction with social media platforms, and that one specifically, that anecdote, suggest that DHS has engaged in egregious overreach that threatens the First Amendment?” Bishop asked.

Mayorkas responded that the DHS incident contacting Twitter was conducted before Biden and his administration took office.

“Let me assure you that our work to address disinformation—which is a tool that our nation-state adversaries seek to employ to sow discord in this country—is something that is very, very respectful of the civil rights and civil liberties of individuals, as well as their privacy rights,” he said.

Bishop then asked if the DHS was attempting to conduct “censorship by proxy as a means of evading the First Amendment.”

“We absolutely do not,” Mayorkas said.

The GOP Must Embrace Early Voting in Order to Destroy It
NewsBusters Podcast: Free Beacon vs. the Biden-Friendly Press
Who will be Disney’s next CEO? Here are the top contenders to succeed Bob Iger
Trump firm guilty of defrauding tax authorities for more than 15 years
Whoopi/Sunny: Christians Must Bake the Cake, Only We Get to Deny Service