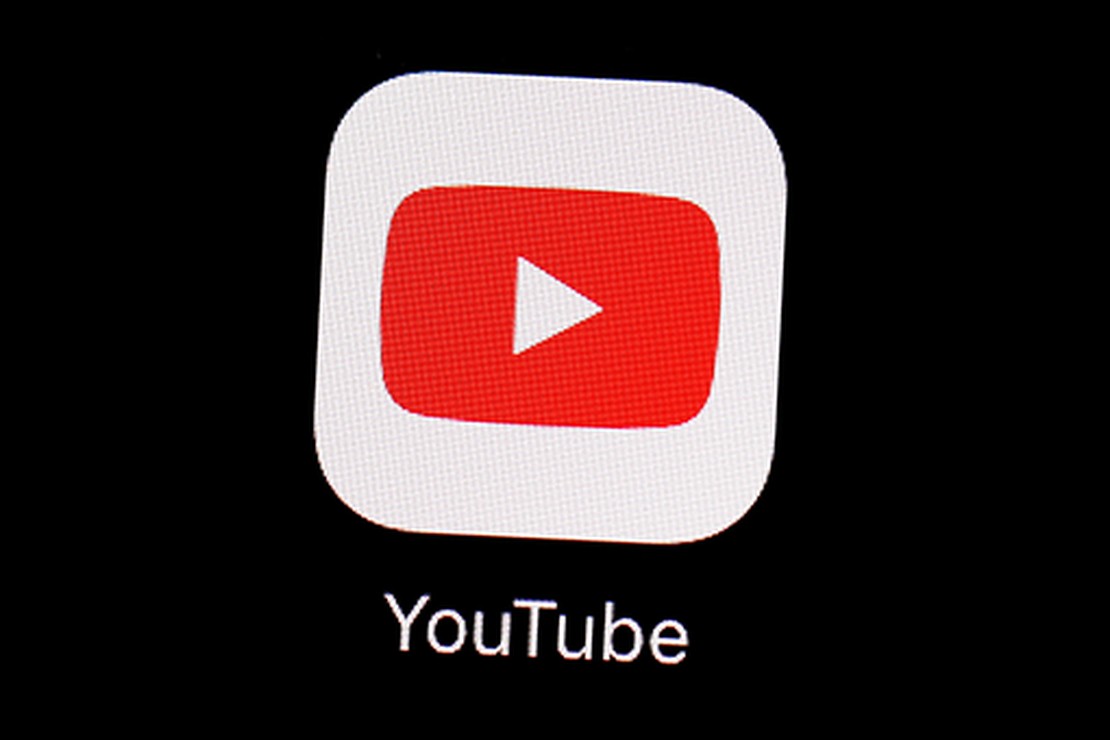 It finally happened. I figured that one day I would wake up and not have a YouTube channel anymore. That day is here. I’ve been suspended for one week due to something YouTube has determined is “cyberbullying and harassment.” Luckily, I had the offending video already downloaded and was able to go over it for evidence that anything of the kind happened. Spoiler: it didn’t.

Back in August, I traveled to Colorado to cover the criminal trial of Cynthia Abcug, which I reported on extensively. On the day I was flying out, I made a video in the Rochester airport updating my audience about what was coming and I revealed some information I had not made public until that day. On Friday, that video was taken own by YouTube and my channel was given a strike and suspended for one week. To the best of my knowledge, this is the only part of the video that mentioned anyone other than Abcug or myself and could possibly have been classified as somehow “cyberbullying.”

“I was in contact with Cyndie up until she disappeared,” I said. “What the state says happened did not happen. The state says she fled arrest because she was plotting a kidnapping…to kidnap her son from foster care. That did not happen. I’ll tell you what did happen because I was there and I even involved the FBI.” I then recounted briefly the facts as I knew them because I watched the events unfold as they happened.

RELATED: The People vs. Cynthia Abcug: Guilty Despite Reasonable Doubts

“Cyndie was groomed and preyed upon by conmen on the Internet who are Field McConnell, Timothy Holmseth, and their crew. They are a bunch of sovereign citizens. However, they told her, they represented themselves to her as federal agents. They told her they were working with the Pentagon and they told her that the military was going to get her son from child traffickers.”

Holmseth is personally responsible for a very viral fake story (which is still online) that led people to believe that horrifically abused children were rescued from underground tunnels by the military. Who was his source? The Pentagon Pedophile Task Force—which doesn’t exist. The Pentagon sent me this email confirmation today. “There is no such task force at the Pentagon,” the press contact at the DOD wrote.

Timothy Charles Holmseth and his fake “Pentagon Pedophile Task Force” are responsible for every person who believes that children are being caged underground by global elitists. Why hasn’t the @FBI gone after him? They don’t seem to want to. Proof again that there is NO PPTF. pic.twitter.com/hTkftgxUq5

That report by Holmseth did much damage to the truth surrounding child trafficking. This story was repeated by many people in the MAGA/Patriot movement with no attempt to verify the sourcing. It led to much hyperventilation over a secret cabal of child traffickers operating through the “Deep State” and contributed to many paranoid fantasies that led people to jail. It allowed Democrats to use those wild and verifiably false claims to paint Trump supporters as wild-eyed crazy people who endanger others with fake news. When it comes to Holmseth’s role in the spreading of fake news, those Democrats weren’t wrong. It did endanger people.

Fans of McConnell and his associates have been charged with a series of bizarre crimes. In March, a Kentucky mother who subscribes to E-Clause’s strange legal theories about child custody laws allegedly abducted her twin daughters. An Illinois woman obsessed with theories about tortured “mole children” promoted by McConnell associate Timothy Charles Holmseth allegedly traveled to New York City with a car full of illegal knives, reportedly talking about a plan to kill former Vice President Joe Biden.

And in June, a Massachusetts man allegedly led police on a high-speed chase with his five children in a minivan, all the while begging QAnon for help and talking about a Holmseth video about Hillary Clinton eating babies.

Among the many news sources that verified that Holmseth was peddling fake news was Reuters.

“Abcug’s son did report some abuse in foster care” that Douglas County refused to investigate, I continued in my now banned video, “and so she was desperate for anyone who would help her and at the time I was telling her to be very careful. But then she disappeared and I knew she had gone with them. But I didn’t know where she went. They trafficked her across the country into all these different, what they called ‘safe-houses’…and she was arrested after they were talking online about raiding the foster care and getting [her son] back, but they were representing themselves as federal agents….they even showed her documents from the White House that had Donald Trump’s signature on them.” It sounds like something you would never fall for, but you aren’t the person whose son was taken without due process. Parents who lose kids to the child welfare system are some of the most traumatized and vulnerable people I’ve ever met. They are driven out of their minds by corrupt and malicious welfare workers who will even fabricate evidence against them to prove they took the children properly (even when they didn’t).

“They even sent her someone they said was protection…one of the things that got her arrested,” I continued. “One of the people involved in this scam, his name is Christopher Hallett. And after Cyndie disappeared I called the FBI and I had them come and sit at my dining room table and I showed them my files on all these people that I believed were scam artists and were dangerous to her and other people. And I said to the FBI, and I handed them Christopher Hallett’s name. These people have taken this woman across the country, I don’t know where, and I think they are dangerous. They are posing as federal agents and these people…are either going to end up getting someone killed or someone is going to kill them.”

The FBI took that information and never contacted me again. “Shortly after that conversation, Christopher Hallett was shot dead by Neely Blanchard. Neely Blanchard is another one of these moms that the media called ‘Qanon mom’….she was talked into running with her children and then she was charged with kidnapping,” I continued in the banned video on YouTube.

The similarities between the two cases are stunning. “So now we have two moms, Neely Blanchard and Cynthia Abcug, preyed on by this group of people, and both of them facing jail.”

You can view the video that got me suspended here:

That’s the extent of my comments that somehow got flagged as “cyberbullying and harassment.” But the real harassers here are Field McConnell, who was convicted of criminally stalking a Florida attorney and is currently on probation, and Timothy Charles Holmseth, who was also convicted of criminally stalking the same attorney and is facing another charge this week in an Ohio court for stalking and harassing a female journalist. Holmseth has also been reportedly harassing former Seal Team 6 member Craig Sawyer, who has made a detailed video about his experience with the serial harasser.

Holmseth’s crimes are well documented. The original filing from Florida laid out extremely bizarre and frightening behavior from Holmseth toward a Florida attorney (not named here for her own privacy and safety as Holmseth is still not in prison and constantly violates orders of protection against him).

The sheer volume of material the Respondent has spent his days and nights writing to, or about me, is psychotic, and unfathomable. The Respondent has circulated over one thousand (1,000) writings and/or videos intended to humiliate, scare, or threaten me into contacting him. The Respondent has sent me over 115 emails, nearly all of which are hostile, aggressive, threatening, sexually explicit, and/or disgraceful. The Respondent has created seventy-four (74) YouTube videos about me or directed at me. The Respondent’s infatuation and concentration with the subject of child rape, molestation and pornography, has intensified in the year 2011, and now serves as the central theme in his fanatical blog and internet posts…

The attorney reported that Holmseth also filed multiple professional complaints against her and everyone she works with as an intimidation tactic and to scare people away from working with her. According to the complaint, Holmseth used blackmail to try to coerce the attorney’s colleagues into giving him information on her and threatened her colleagues with turning his obsessions on them if they did not comply.

RELATED for our VIPs: The Fringe with Megan Fox, Episode 108: Cynthia Abcug Goes to Jail and I Get Suspended From YouTube For Talking About Her Case

Timothy Charles Holmseth likes to make women fear for their lives and reputations. He’s a menace. This is not okay. pic.twitter.com/G0sH8yXE79

Holmseth was convicted in this case of criminally stalking the attorney on a misdemeanor charge. He then promptly violated the restraining order from jail, leading to an extended sentence.

“In short, the Defendant continues to violate the Order for Protection in place from the State of Florida and from jail, has violated his conditions of probation in the above-captioned matter. Mr. Holmseth clearly has no intention of following the order, is using the Court and the Court files to circumvent the restraints placed upon him and is directing third parties to post documents to continue to harass [redacted] the victim in this matter. Mr. Holmseth violated this order within two weeks of being convicted at trial for the same type of conduct,” wrote Ronald Galstad, the victim’s attorney, to the court.

Despite the fact that Holmseth has been kicked off every major social media platform for his behavior, including YouTube, YouTube has suspended my channel for revealing his criminal history. My appeal was denied. Team YouTube claims it is “looking into it” but still has not admitted that they have made a big mistake. My channel has been given one strike over it. Two more and YouTube will delete it. They keep claiming they’re “checking on” it. I’m not sure I believe them.

A bigger question remains: How is it that a small-time blogger on the fringes of the Internet has the kind of pull to get YouTube channels suspended for telling the truth about him? And why hasn’t the FBI investigated him or those connected to him for the sovereign citizen fraudulent scams they’ve been involved in that ended up putting moms in jail? Why is the government content to punish the moms and not the criminal cabal inciting them?

All of my inquiries to the FBI have been ignored.

As I was wrapping up this article, I received this message from Team YouTube. They have not answered my inquiry as to whether or not they will send me a check for the lost revenue they caused by suspending my channel for four days. If they do, I’ll let you know.

confirming this was a mistake during our review process ☹️ the video is back up and the strike is removed, we’re so sorry about this!