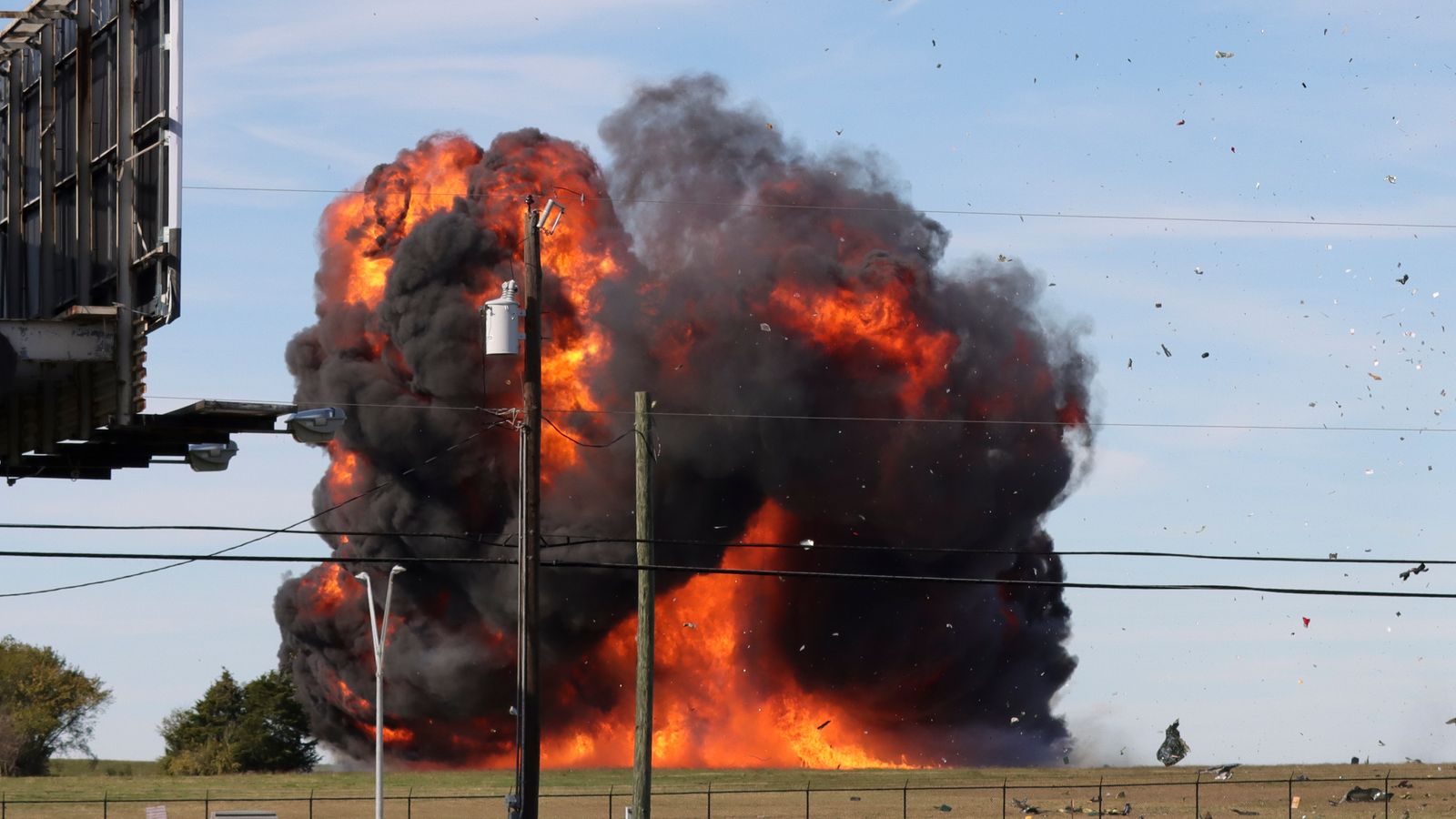 Six people have been killed after two historic military planes collided during an airshow in the US city of Dallas.

The planes – a B-17 Flying Fortress bomber and a P-63 Kingcobra fighter – crashed into each other at around 1.20pm local time.

They were part of the Commemorative Air Force Wings Over Dallas show being held about 10 miles from the city centre.

Dallas County Judge Clay Jenkins tweeted: “According to our Dallas County Medical Examiner, there are a total of six fatalities from yesterday’s Wings Over Dallas air show incident.”

He said authorities were continuing to work to identify the victims.

Officials have not confirmed how many people were on board in total, but the B-17 usually carries a crew of four or five people, while the Kingcobra has a single pilot.

Dallas Morning News said there were no reported injuries among people on the ground.

Anthony Montoya was among those who saw the two planes collide, telling The Associated Press: “I just stood there.

“I was in complete shock and disbelief.

Victoria Yeager, the widow of famed Air Force test pilot Chuck Yeager and herself a pilot, was also at the show.

She didn’t see the collision, but did see the burning wreckage, describing the planes as having been “pulverised”.

“We were just hoping they had all gotten out, but we knew they didn’t,” she added.

The B-17 was used in daylight bombing raids over Germany during World War Two, while the Kingcobra was used mostly by Soviet forces during the same conflict.

The crash will be investigated by the National Transportation Safety Board, with a team expected to arrive later on Sunday.

There have been a number of fatal crashes at US airshows in recent years.

Eleven people were killed in 2011 in Reno, Nevada, after a P-51 Mustang crashed into spectators.

In 2019, a bomber crashed in Hartford, Connecticut, killing seven people.

Lorie Smith Goes to Washington Fighting to ‘Create and Design’ Consistent With Her Faith
Will Republicans Ever Stand Up to Democrats’ Government ‘Shutdown’ Scare Tactics? Probably Not.
‘NO PARA MÍ’: Promoción de Univisión para Chevy Bolt explota sola
FLASHBACK: Lib Media Bemoaned Trump Getting Hostages out of NoKo
Elementary school principal commits suicide at Disneyland after being charged with child endangerment and battery