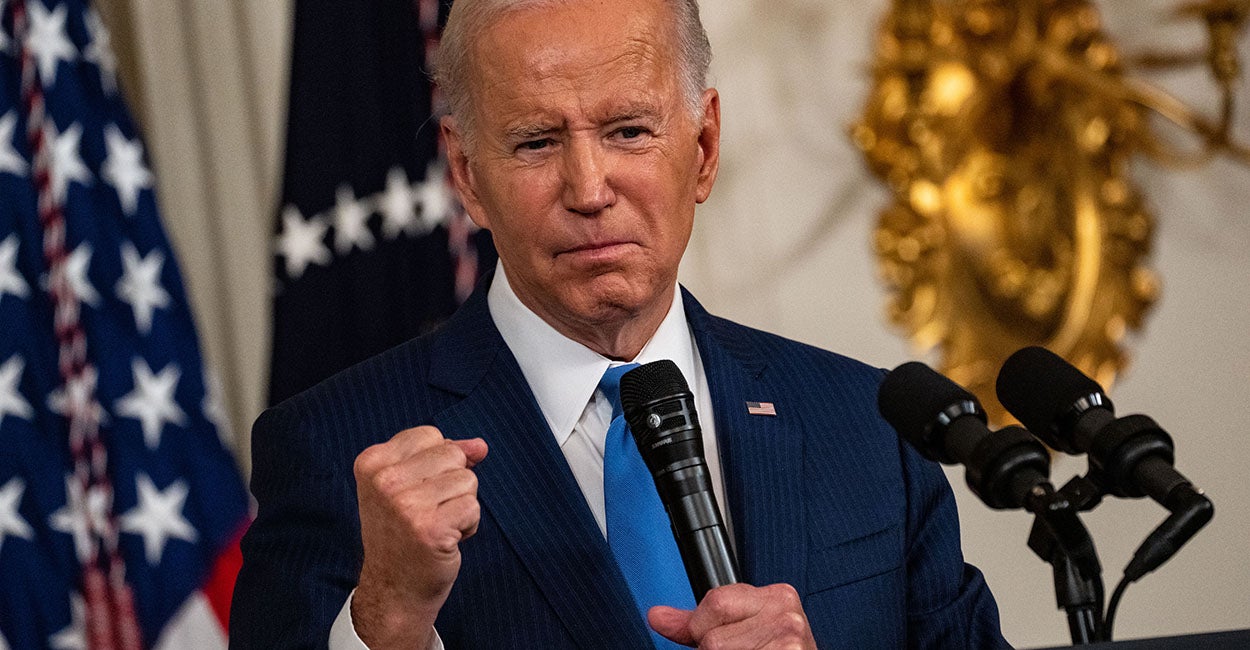 During Donald Trump’s presidency, The Washington Post kept a running tally of his alleged lies and/or misleading statements. But when Joe Biden became president, the Post’s fact-checker, Glenn Kessler, announced an end to the database operation.

So, although the Post continues to fact-check Biden, it discontinued the Trump-era practice of running the tote board because, after all, Biden is not Trump and the Post undoubtedly expects Biden to be more truthful.

How’s that working out?

Recently, Post fact-checker Kessler wrote: “President Biden is a self-described ‘gaffe machine.’ That’s no excuse, of course, for a president making false or misleading statements. Readers have asked for fact checks of a variety of recent Biden statements, but none of them seemed big enough for a stand-alone fact check.”

Set aside Biden’s decades of falsely claiming, as he did again during the 2020 campaign, that he “was raised in the black church” where, as a teenager, he would meet on Sundays to strategize how to “desegregate movie theaters and restaurants” in Wilmington, Delaware.

The New York Times found no evidence of any Biden desegregation activity, and congregants of the black church he supposedly attended did not recall seeing Biden there.

Then there is Biden’s decadeslong claim that he and Andrew Young, the former United Nations ambassador and Georgia congressman, were “arrested” in apartheid South Africa while attempting to visit the imprisoned Nelson Mandela. Young said it never happened.

Biden, on two occasions, publicly and falsely claimed that the driver whose truck struck the Biden family car, killing his first wife and young daughter, was drunk at the time. But he wasn’t, and the claims brought much dismay to the driver and his family.

As to the precipitous and disastrous pullout from Afghanistan, Biden claimed that no one advised him against it, a claim refuted by two top generals who insisted, under oath, that they advised Biden against the move.

On at least two occasions, Biden has claimed that his son, Beau, died in Iraq. Biden’s son, a military veteran who served in Iraq, died of brain cancer six years after returning home.

For good measure, the following day Biden said: “Since the elections, we’ve been—we’re taking gas prices down from where they were.” Given the importance of gas prices, a concern that many voters put at the top of their list, do Biden’s back-to-back gas price claims amount to a gaffe or a blatant lie based on Biden’s expectation of more lenient media compared to Trump?

What of Biden’s recent characterization of his student debt “forgiveness” program, via executive order, that the Congressional Budget Office estimates will cost $400 billion? Biden, during an online discussion with progressive organization NowThis News, also in late October, said: “It’s passed. I got it passed by a vote or two, and it’s in effect.”

Except Biden signed an executive order, currently under challenge and blocked by a federal appeals court. No Congress, no votes, and not in effect.

After Trump’s election, Democrats and the media raised such concerns about Trump’s mental capacity that the president undertook a cognitive test. Trump then allowed the White House doctor to answer questions from reporters for a full hour, during which the doctor said Trump registered a “perfect” score.

It does not appear that Biden undertook the same cognitive test. But despite Biden’s frequent displays of confusion, neither the Democrats nor the media care much about the mental acuity of a commander-in-chief not named Trump.

What a difference an administration makes.