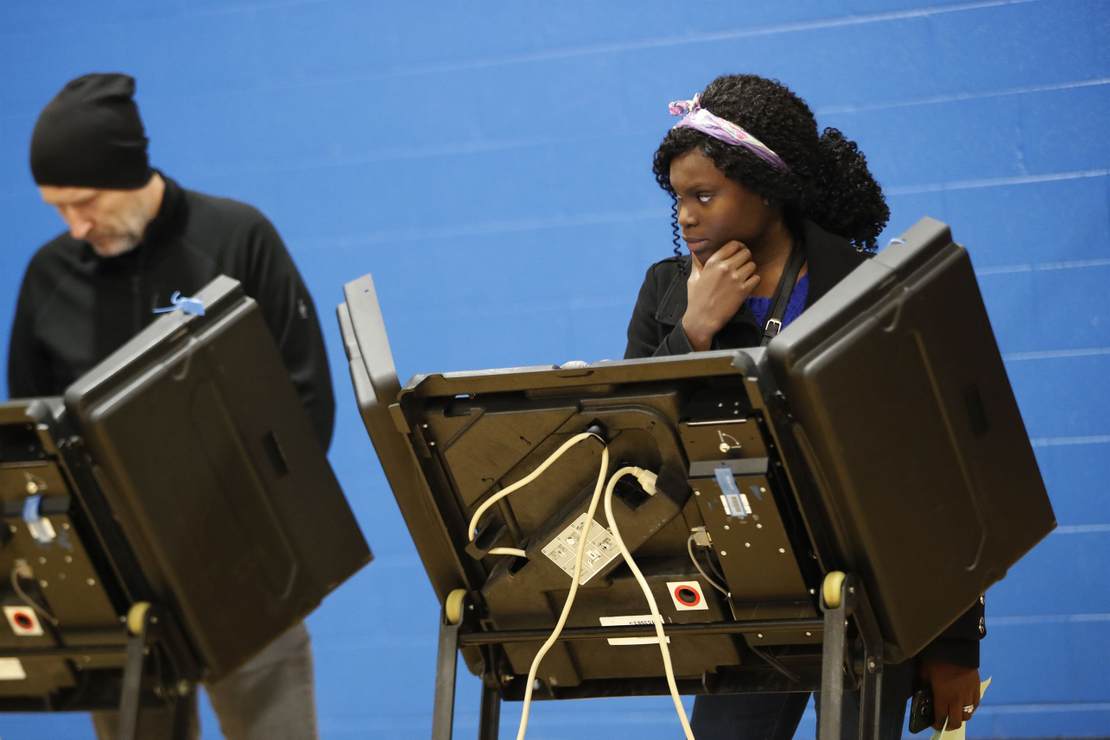 The table was set, the band engaged, the limos hired, and the invitations had all gone out. It was going to be a blow-out party the evening of the midterm elections, and Republicans were going to celebrate.

It did in some places. And that’s the story of this midterm election: Both sides won where they were supposed to. There were very few shocking upsets of the kind you would expect in a wave election. Most of the toss-up House races are still out but if history is any guide, the close races should break hard for the party out of power. We’ll see about that, but that’s been the pattern since the end of World War II.

Democrats might celebrate hanging on to a Senate seat in New Hampshire, but Florida may be irretrievably lost to the Democrats for a generation or more. There was a red wave in Florida, and it made the nation’s third most populous state a GOP fiefdom. And Republicans made important inroads among minority voters across the country, increasing their strength in New York and California. This bodes well for 2024 regardless of which GOP candidate runs.

Related: How Could John Fetterman Have Won? Every Possible Answer Is Bad in a Different Way.

But why no wave? Ben Domenech, one of the sharpest political analysts around, believes that both parties essentially misread the electorate.

I was asked at the end of our Fox News coverage, past the 2 a.m. mark in New York, about the final lesson to take away from the night. My answer was to consider two concepts: populism and normalcy. The nation clearly wants a more populist conservative agenda, that’s not wrong — Ron DeSantis and a number of under candidates who won easily exemplify this. But they also want something else: a sense of seriousness and normalcy, not chaos. The Trumpian candidates for the Senate were often more chaotic than serious and sensible. That’s a simplistic level of analysis, but also true. It also raises questions about that incoming announcement on November 15. Will it still go off as planned?

The last six years have been exhausting. Trump was under constant attack and constantly counterattacking. Democrats got hysterical about Russians, about “voter suppression,” about MAGA, and about Trump generally, which led to a general state of Democratic hysteria about Republicans and the “threat to democracy.”

Democrats have talked the country into one crisis after another and have exhausted us in the process.

Americans long for calm and normalcy more than they want to burn things down. They want to trust things will work again — and can be made to work. Republicans did a bad job of convincing them they could do this. If they had done that job better, they would have won by more.

I am fond of an old G.K. Chesterton quote: “It is the mark of our whole modern history that the masses are kept quiet with a fight. They are kept quiet by the fight because it is a sham-fight; thus most of us know by this time that the Party System has been popular only in the sense that a football match is popular.”

I am of the opinion that for most of our American history, this observation is true. Except: not any more.

Ultimately, all politics are local, former House speaker Rep. Tip O’Neil used to say. And the truth is that candidates who have never run for any office before didn’t have the political experience to overcome or hide their negatives. In the current political climate with a media ready to pounce on any gaffe or misstatement and portray it in the worst possible light, it was tough to fight through to victory.

Despite the advantages of running on inflation and the economy, the national character of the race never emerged. In races that turned on local issues and local personalities, local electoral tendencies prevailed and the difference came down as it always has to which candidate was more likable.

So the red wave never crested because as unhappy as voters are with Biden and the Democrats, they aren’t sold on Republicans in any big way.

Jewish Ex-Trump Staffer Let Don Lemon HAVE IT on Trump Dinner with Anti-Semite Fuentes
What Happened to Trump Only Surrounding Himself With ‘the Best People’?
Understanding Why More Blacks Voted Republican in 2022
Sunday Spotlight: A Boy’s Trip to DC Becomes an Annual Act of Patriotism
Column: The Media vs. Free Speech on Twitter