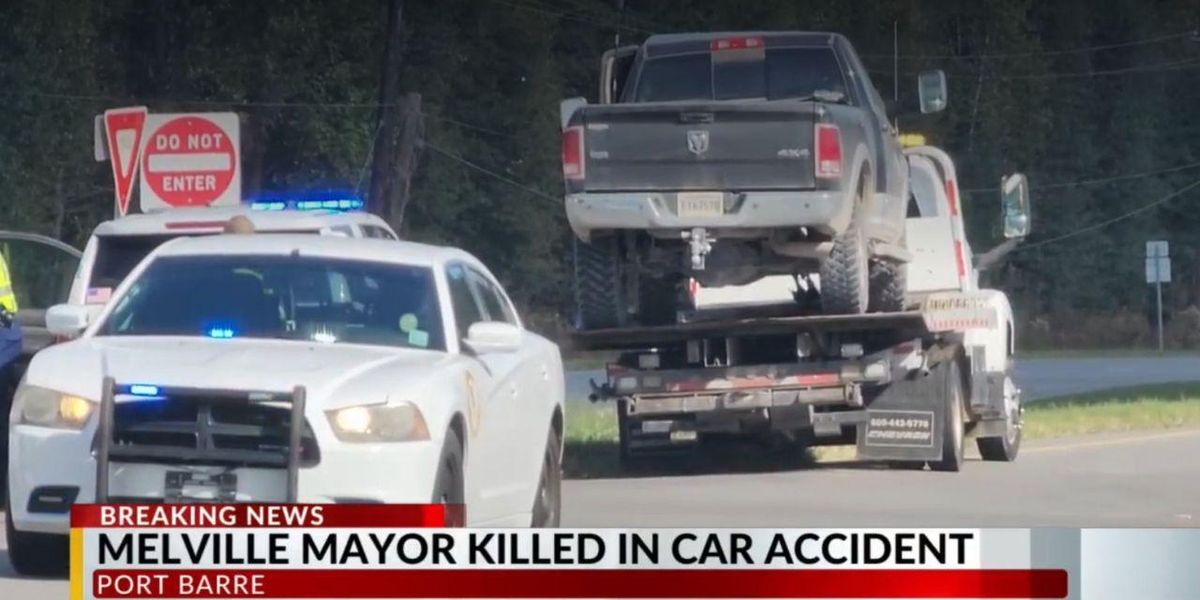 The Democrat mayor of a small town in Louisiana, who was up for reelection, died in a car crash on Election Day hours before the polls were scheduled to close, KLFY-TV reported.

According to the Louisiana State Police, Melville Mayor Velma D. Hendrix, 84, died as a result of a crash on U.S. 190 near Port Barre, a town in St. Landry Parish roughly 33 miles northeast of Lafayette.

Authorities reported that the collision involved two vehicles and occurred just before 2 p.m.

Melville, known as the “Catfish Capital of the World,” first elected Hendrix in 2018 with 70% of the vote. She was running for reelection Tuesday against Democrats Sheila “Sam” Londerno and Caretta Robertson.

According to Louisiana secretary of state records, Hendrix previously served on Melville’s board of aldermen in the mid-1990s, early 2000s, and right before being elected to the mayoral position.

Police reported that a 2008 Acura RDX collided with a 2015 Ram 2500 pickup truck driven by Michael Cook of Columbia, Louisiana.

Cook was traveling south on LA 741 while the Acura was traveling west on U.S. 190. According to authorities, Cook failed to yield as he merged over both westbound lanes.

As a result, Cook’s vehicle hit the passenger side of the Acura, where Hendrix was riding in the rear passenger-side seat. KPEL reported that Hendrix was not wearing a seatbelt.

The driver and the other three passengers in the Acura all sustained moderate to critical injuries and were transported to local hospitals. The St. Landry Parish coroner’s office reported that Hendrix died as a result of the crash.

Authorities noted that Cook was not injured, despite not wearing a seatbelt. Police stated that he had no signs of impairment but was cited for failure to yield from a stop sign.

The crash remains under investigation.

“Speaking to the people in that area, they’re just shocked,” St. Landry Parish President Jessie Bellard said. “It’s tragic. The community is a small community, and they’re mourning the loss of their mayor.”

After 100% reporting of election results, Londerno is expected to have won with 43% of the vote. Incumbent Mayor Hendrix received approximately 17% of the vote.

St. Landry Parish Clerk of Court Charles Jagneaux noted that because Hendrix passed away before polling places closed, qualifying for candidates will be reopened. Jagneaux explained that a new mayoral election would be held in December if an additional candidate qualifies by Monday. If no new candidate qualifies, Londerno is anticipated to be declared the mayor of Melville.

NY Times Celebrates Elderly Biden’s Robust Health; Demanded Details From McCain
Wall Street Journal gets torched over softball op-ed claiming FTX went bankrupt because supporters lost faith in its founder
‘I am thankful for the freedom of self’: Women express gratitude for their abortions in piece posted on Thanksgiving
‘Trans women are women’: NHL runs afoul of reality, gets dragged for pushing woke gender ideology
Biden Must Be Called Out for Unbanning TikTok