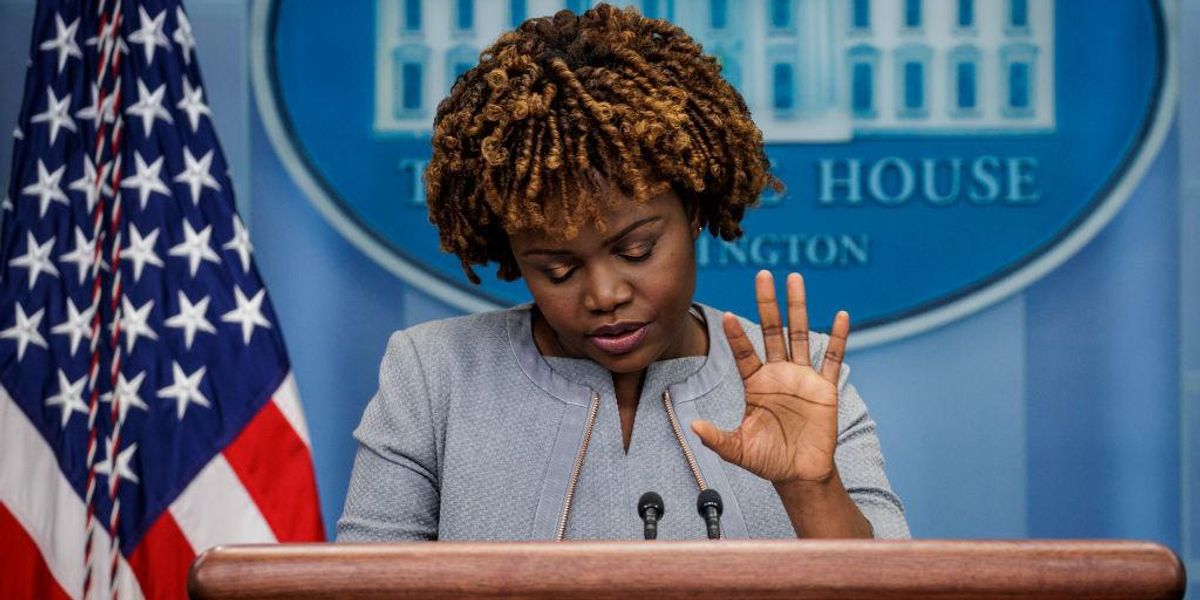 Biden stirred controversy on Friday after he vowed to shut down every coal plant in America.

“So it’s going to become a wind generation,” Biden said. “And all they’re doing is it’s going to save them a hell of a lot of money and using the same transmission line that they transmitted the coal-fired electric on.”

“We’re going to be shutting these plants down all across America and having wind and solar power,” he proclaimed.

The White House later went into damage control, releasing a statement on Saturday claiming that Biden’s words had been “twisted to suggest a meaning that was not intended.”

What did KJP say?

Multiple reporters grilled Jean-Pierre over the excuse. At first, she justified the claim that Biden’s word were “twisted” because “it was loud and hard to hear” at the venue where Biden spoke those words.

But, in fact, the president was speaking into a microphone when he promised to shut down coal plants, and there was zero background noise when he was speaking, video shows.

The second reporter had a more direct question: If Biden’s words were “twisted,” who did the twisting?

In response, the press secretary claimed the comments were “twisted” because of how they were “reported out.” Jean-Pierre claimed that reading the “full transcript” of Biden’s remarks would offer clarity as to what he meant. But if you read the transcript, Biden did in fact say that “we’re going to be shutting these [coal] plants down all across America” because of the green energy transition.

Finally, after Jean-Pierre reiterated her narrative to RealClearPolitics reporter Philip Wegmann, another reporter interjected with Biden’s own words, asking how they could possibly be warped to mean something other than their plain meaning.

But instead of answering the question, Jean-Pierre ignored him completely and moved on to answering another question from Wegmann.