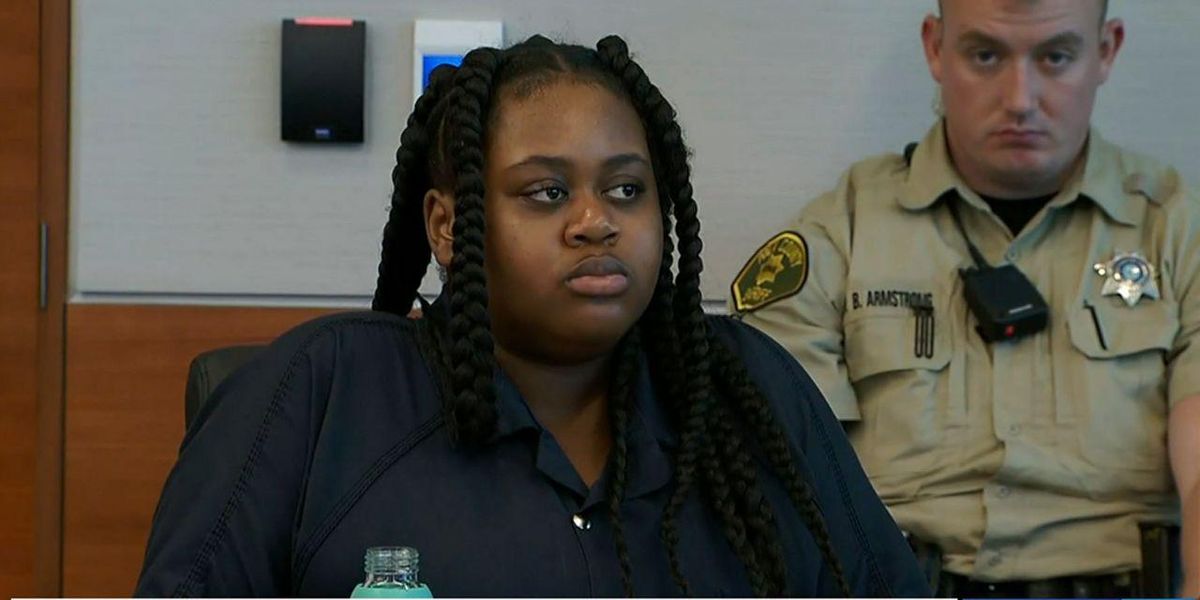 An Iowa teen who pleaded guilty to killing her alleged rapist and was sentenced to five years of probation escaped custody at a women’s center on Friday, reported the Des Moines Register.

Around 6:15 a.m. on Friday, Pieper Lewis, 18, walked out of the Fresh State Women’s Center in Des Moines and cut off her GPS monitor.

In September, Lewis was sentenced to five years of probation after she pleaded guilty to involuntary manslaughter and willful injury.

Lewis admitted to stabbing 37-year-old Zachary Brooks in June 2020 after he allegedly raped her multiple times when she was 15 years old.

The prosecution never disputed Lewis’ claims that Brooks had raped her or that she was a victim of sex trafficking. However, the prosecution argued that Lewis killed Brooks while he was asleep and did not pose an immediate threat.

For pleading guilty, Lewis faced up to 20 years in prison. However, in September, Judge David M. Porter deferred her prison time and sentenced her to closely supervised probation at a women’s center.

Lewis was also ordered to pay $150,000 to the family of Brooks. The judge noted that under Iowa law, restitution is mandatory.

“This court is presented with no other option,” said Porter.

A former teacher of Lewis’ started a GoFundMe campaign to help her pay the restitution. The campaign saw overwhelming support and raised more than $560,000.

According to a probation violation report, around 6:15 a.m. on Friday, an alarm was set off at the women’s center after someone opened a door. Residential officers on duty reported seeing Lewis exit the building. The report also noted that Lewis cut off her GPS ankle monitor at some point that day.

Lewis received seven other citations that totaled four hours and 16 minutes of unaccounted-for time in October. The report indicated that Lewis left work and failed to take a direct bus route home.

In one instance when Lewis failed to report back to the facility at the expected time, she admitted to meeting up with someone she dated in high school.

The report requested that Lewis’ deferred judgments be revoked and her original sentence be imposed. As a result, Lewis could face up to 20 years in prison for violating her probation.

After her escape, a warrant was issued for her arrest. As of Sunday afternoon, Lewis has not been apprehended.

Twitter Axing of COVID Misinformation Policy: A Victory for Free Speech, Not Misinformation
If You Really Wanted to Destroy US, You’d Do These 10 Things
New book says being a sports fan is good for your mental health
Fairfax County Schools To Use ‘Assigned Females/Males’ in Sex Ed
Masked robbers face no resistance, easily steal $35,000 in products from crowded Apple Store. One crook reportedly threatened violence against anyone trying to stop them.