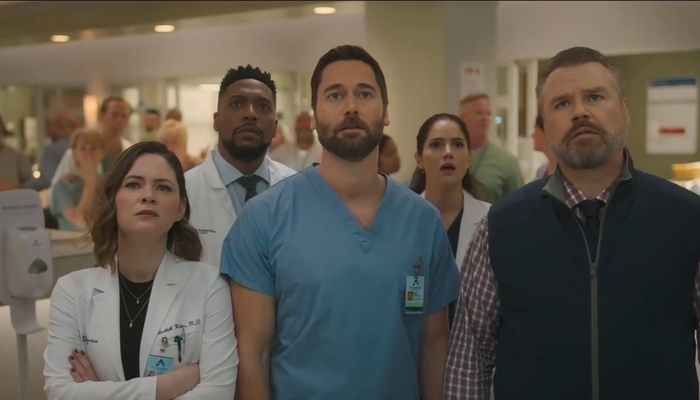 The network medical dramas have sunk into melodramatic propaganda in the week before the elections, on both NBC’s New Amsterdam and ABC’s Grey’s Anatomy. Both railed against the overturning of Roe v. Wade. Liberals are such sore losers. NBC opened its show with dystopian horror. Just what had gone wrong? Conservatives shared this video all over Twitter on Friday:

Tuesday’s NBC medical drama “New Amsterdam” began with mass sadness among the characters. Did someone at the hospital die? Was there a mass shooting? Wife got it right: “Roe vs. Wade overturned?”

Then she said: “Isn’t half the country pro-life?” Not in Hollywood! pic.twitter.com/ZLxnTN1fWE

Pay no attention to the idea that no one in a New York City hospital was going to be denied an abortion after the Dobbs decision, which left abortion laws up to the states to decide.

On ABC, female doctors in Washington state were hounded by screaming pro-life jerks protesting people coming in for abortions from neighboring Idaho. Show-runner Shonda Rhimes concocted a plot where a woman with an ectopic pregnancy dies because doctors didn’t want to be accused of committing an abortion, leading to a righteous speech about stupid lawmakers.

In this episode, MRC staffers offer some dramatic readings of some of our favorite sore-loser November meltdowns from the liberal news and entertainment media, from 1988 through 2016. Our thanks to Eric Scheiner, Cory Parks, Kurt Etheridge, Paiten Iselin, Nick Kangadis, Tierin-Rose Mandelburg, Jonah Lackey and Ben Graham.