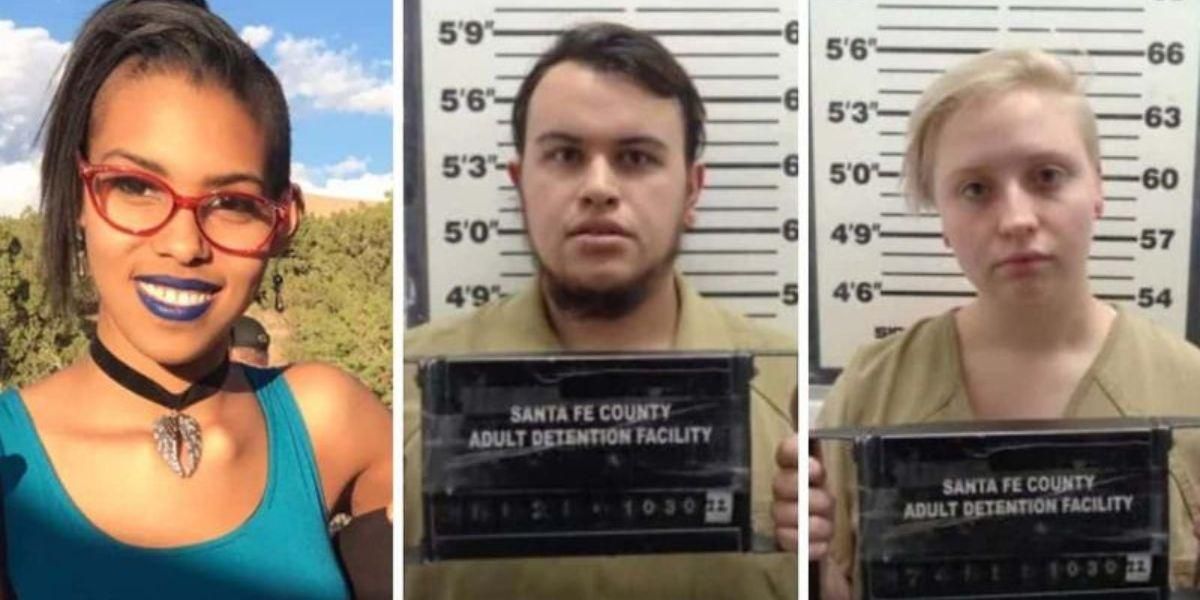 A 21-year-old New Mexico woman was murdered by her ex-boyfriend and his new lover, according to police. Authorities claim that there was an attempted decapitation of the victim.

Around 1:44 p.m. on Oct. 29, officers with the Santa Fe Police Department responded to reports of a possible homicide. Police found a deceased woman, later identified as Grace Jennings. Police said Jennings appeared to suffer “several injuries consistent of being cut or stabbed with a sharp object.”

Officers found a bloody sword inside of the garage, according to the complaint.

“We did collect a sword, and it is a metal sword. I can’t give … detailed information as far as where it came from; that’s still under investigation,” Santa Fe police Capt. Aaron Ortiz said.

Kiara McCulley, 19, and her boyfriend Isaac Apodaca, 25, were charged with first-degree murder.

The Albuquerque Journal reported, “McCulley later told investigators that Apodaca leads a secret organization called ‘Ghost,’ which she described as a group that ‘gets rid of people who are in charge of sex trafficking or hurting kids,’ police wrote in the complaint.”

Police claimed to have discovered text messages on Apodaca’s cellphone where he urged McCulley to kill Jennings. He allegedly promised her “rewards” for the murder.

Apodaca allegedly texted McCulley, “Remember, you’ll move up in the ranks. Plus you get perks in the black market since this is your first.”

Apodaca reportedly told McCulley that she “could get ranked up in her platoon” for the murder.

Apodaca purportedly told McCulley in a text message, “I am wanting you to kill her, you have to end your suffering by ending her joy.”

McCulley and Apodaca lived in her mother’s garage.

Apodaca told police that Jennings was dead two minutes later. He allegedly said McCulley told him, “I did it.”

McCulley told investigators that she couldn’t remember killing Jennings due to her undiagnosed multiple personality disorder.

“McCulley stated she was partially hopefully Ms. Jennings was dead but could not remember what happened to her,” the complaint read.

The Daily Mail reported, “It was later discovered that Jennings was at once romantically involved with McCulley and Apodaca.”

Man charged after drug-infused bachelor party turns deadly
‘Toxic Femininity’: Farah Griffin Calls Out The View’s Hostility Toward Her…Almost
‘I am not a criminal’: NHL All-Star speaks out against latest Canadian gun ban
Tucker SLAMS NBC Covering for Biden’s Decision to Leave Marine Behind
Joe Biden as He Honors U2 at White House Reception: “150 Albums Sold! Among the Most Ever!” (VIDEO)