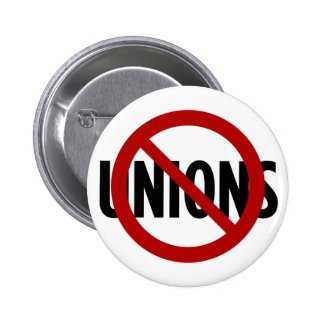 A dangerous expansion of government union power could spread across the nation if a proposed amendment to the Illinois Constitution passes Nov. 8.

Amendment 1, which proponents misleadingly call the “Workers’ Rights Amendment,” is unique in both its language and audacity. No other state has a constitutional provision like Amendment 1 — with good reason. The amendment’s extreme powers would elevate government unions’ influence in Illinois government above that of taxpayers and allow government unions’ collective bargaining agreements to override Illinois’ state law forever.

The amendment does this by enshrining collective bargaining as a “fundamental right” for government unions and giving government union leaders the power to negotiate over policy issues that the people and their representatives normally determine.

This new power is disguised in the amendment under the broad and untested term “economic welfare,” which gives government unions permission to make politicized demands such as affordable housing, school district support for rent control and others. Those issues don’t fall under the scope of typical collective bargaining, which includes negotiations over wages, hours and working conditions.

With “economic welfare” subjects on the table, government union leaders would have blanket permission to negotiate over virtually any topic they want.

Government unions across the country have already given a preview of what the amendment could look like in practice. In 2019, the Chicago Teachers Union went on a strike after it presented a list of demands that included affordable housing assistance and permission to provide sanctuary protection to undocumented migrants on school property. (Chicago Public Schools ultimately agreed to the latter, but not the former.)

Three years later, the Boston Teachers Union went on strike and forced a contract that included many politicized provisions, including the expansion of an affordable housing pilot program and funding to hire an inclusive education liaison.

These examples of costly government union demands could become the norm across the nation if Amendment 1 passes. The amendment would give activist government unions outside of Illinois a model to use as a foundation for extreme amendments in their own states. In fact, Amendment 1 is already showing signs of becoming a national trend.

This is to be expected from government unions, as they often like to test extreme laws on a statewide basis before going national. California’s Assembly Bill 5, for example, redefined independent contractors as employees to force them into unionization. This was mimicked by provisions in a version of the federal Protecting the Right to Organize Act, or PRO Act.

A law in Washington state, SB 6199, that maintained union representation for personal caregivers funded through Medicaid preceded a similar provision in a version of the Build Back Better Act.

Amendment 1 itself mimics a proposed amendment that failed 57% to 42% on the Michigan ballot in 2012. Government union leaders waited 10 years to try to pass a similar amendment again.

Taxpayers can bet they won’t wait that long in other states if Amendment 1 passes.

Amendment 1 presents an imminent danger to Illinois and the rest of the country. All friends of healthy democracies and enemies of special-interest intrusion should support the defeat of this amendment.

Government rule by special interests should not be allowed in any state constitution, and especially not nationwide.

Flashback: The Media’s Clown Show Coverage of 2015 Terrorist Attack
Trump firm guilty of defrauding tax authorities for more than 15 years
Starlink: The Good, the Bad, and the Pretty Dang Impressive
5 Things Democrats Want to Ram Through Congress in Lame-Duck Session
Sunlight is the Best Disinfectant