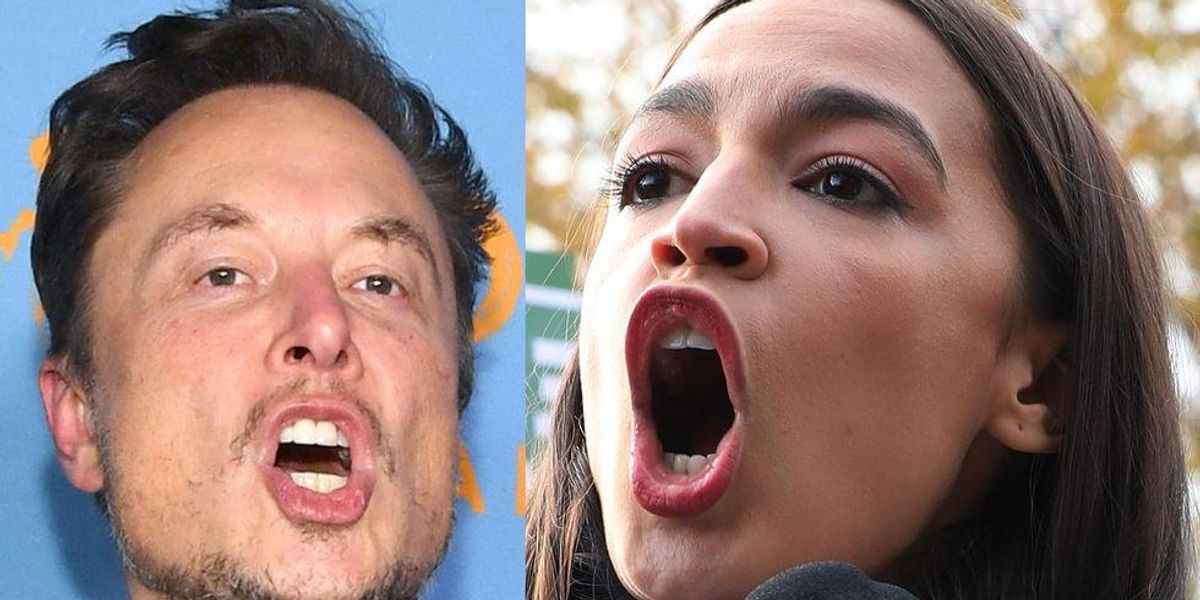 Billionaire entrepreneur Elon Musk shut down socialist Democrat Rep. Alexandria Ocasio-Cortez of New York after she responded to his plan to raise revenue for Twitter by charging for blue-check verification.

Many on the left have been incensed by the acquisition of the social media platform by Musk after he criticized some of the decisions made to suspend accounts on the right, including that of former President Donald Trump.

Some were further antagonized by his plan to charge users $8 a month for verification and other secondary features on Twitter. Among those was Ocasio-Cortez, who mocked him for trying to charge for what she called free speech.

“Lmao at a billionaire earnestly trying to sell people on the idea that ‘free speech’ is actually a $8/mo subscription plan,” the socialist tweeted on Tuesday.

“Your feedback is appreciated, now pay $8,” he joked. The tweet garnered more than 260k likes.

Musk then issued another missive mocking her for her overpriced political merchandise.

Musk took control of the popular social media platform after months of legal wrangling with the company. Critics worry that he will loosen the content moderation controls and allow a torrent of hate speech on Twitter, but his supporters say the platform could use an injection of free speech in relation to dissenting voices.

Some reporters and journalists were outraged at Musk’s plan to charge for verification because they argued that it would undermine their ability to sift out fake news and bad-faith actors.

“There are massive, life and globe-altering consequences for just letting people run wild on the thing,” said MSNBC anchor Katy Tur about Musk’s bid to buy Twitter in April.