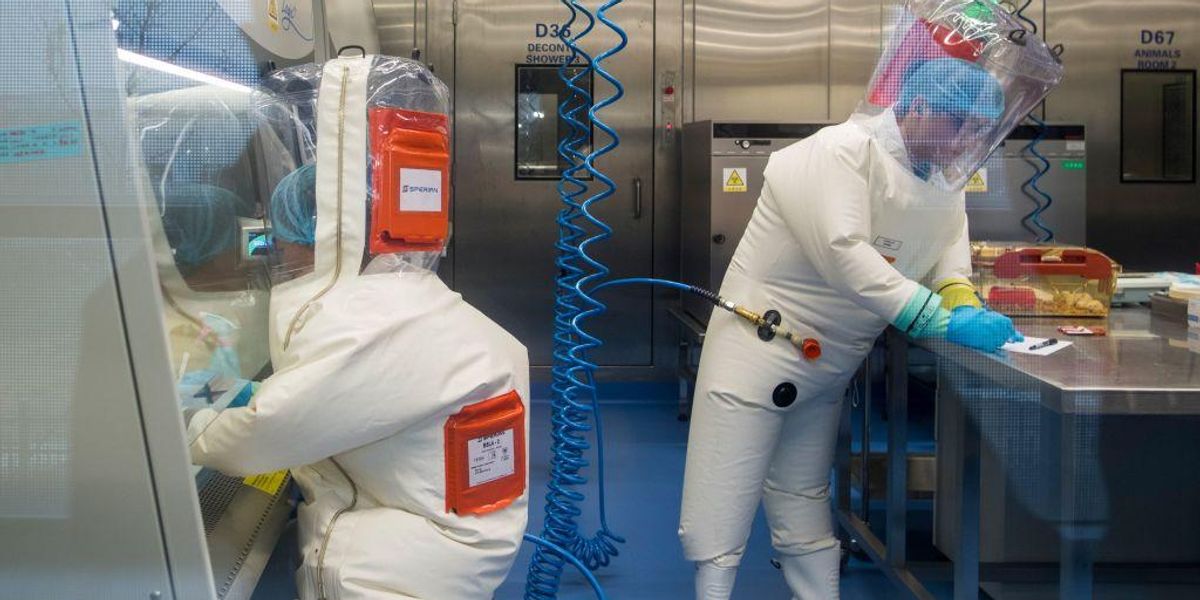 A new report claims the origin of COVID-19 is the Wuhan Institute of Virology (WIV) in China. The damning report also suggests that Chinese leader Xi Jinping was aware that the Wuhan lab suffered an “acute safety emergency” event that may have spread COVID-19 well before China notified the World Health Organization (WHO).

ProPublica in partnership with Vanity Fair published the bombshell report on Friday. The report is based on a 5-month investigation that analyzed more than 500 documents obtained from the Wuhan Institute of Virology’s website. The documents include communications between officials at the Wuhan lab and top leaders within the Chinese Communist Party (CCP) dating back to 2017.

Toy Reid – a specialist at decoding “party speak” by Chinese Communist Party members – was enlisted to accurately decode these delicate communications between the scientists at the biosafety level 4 (BSL-4) facility and significant government officials.

“It’s not meant to be easily understood. It’s almost like a secret language of Chinese officialdom,” explained Reid – a former political officer in East Asia for the U.S. State Department. “When they’re talking about anything potentially embarrassing, they speak of it in innuendo and hushed tones, and there’s a certain acceptable way to allude to something.”

Once you have opened the stored test tubes, it is just as if having opened Pandora’s Box. These viruses come without a shadow and leave without a trace. Although [we have] various preventive and protective measures, it is nevertheless necessary for lab personnel to operate very cautiously to avoid operational errors that give rise to dangers. Every time this has happened, the members of the Zhengdian Lab [BSL4] Party Branch have always run to the frontline, and they have taken real action to mobilize and motivate other research personnel.

Reid interpreted the message as, “They are almost saying they know Beijing is about to come down and scream at them.”

ProPublica reported that Dr. Ji Changzheng – the technology safety and security director for the Chinese Academy of Sciences – visited the Wuhan lab on Nov. 19, 2019.

The visit to the state-run and funded research facility was billed as a safety training seminar, but Reid believes it was “out of the ordinary and event-driven.”

Ji informed WIV’s senior officials that he had made the trip to Wuhan to deliver “important oral remarks and written instructions” from General Secretary Xi Jinping to address a “complex and grave situation.”

Ji reportedly said, “Many large-scale cases of domestic and foreign safety incidents in recent years, and from the perspective of shouldering responsibility, standardizing operations, emergency planning, and inspecting hidden dangers one-by-one, [he] laid out a deep analysis, with many layers and taken from many angles, which vividly revealed the complex and grave situation currently facing [bio]security work.”

The WIV’s deputy director of safety and security then added, “Several general problems that were found over the course of the last year during safety and security investigations, and [he] pointed to the severe consequences that could result from hidden safety dangers.”

Reid believes that the safety issue at the Wuhan Institute of Virology was so severe that Xi was briefed in detail about the ongoing crisis at China’s first BSL-4 laboratory.

A former senior U.S. intelligence official said, “There is some issue related to lab security, which doesn’t come up very often, that needed to be seen by Xi Jinping. Something signed off on by the General Secretary (Xi) and Premier (Li) is high priority.”

The safety issues at the Wuhan lab coincide with a declassified intelligence report from the U.S. State Department that claimed several researchers inside the WIV became sick “with symptoms consistent with both COVID-19 and common seasonal illnesses.”

A possible cover-up at the Wuhan Institute of Virology

The analysis from ProPublica and Vanity Fair suggests that China may have attempted to cover up safety issues at the laboratory where controversial and potentially dangerous coronavirus research was being conducted.

On Nov. 11, 2019, the WIV “appeared to republish the entire section of its website containing institutional and party branch news.” This suggests that WIV officials could have been attempting to hide safety issues before Ji’s visit.

ProPublica noted, “On Dec. 11, a team of WIV researchers submitted a patent application in China for a device to filter and contain hazardous gases inside a biological chamber, like the ones it used to transport infected animals.”

China did not notify the World Health Organization about the dangerous outbreak until Dec. 31, 2019.

In the WIV messages, Reid noticed that scientists “described intense pressure to produce scientific breakthroughs that would elevate China’s standing on the world stage, despite a dire lack of essential resources.”

The origin of COVID-19

The investigation found the Wuhan Institute of Virology to be the most logical origin of COVID-19, and spread through a lab leak.

The investigation found that the zoonotic origin theory was unlikely. The theory that COVID-19 originated from the Huanan Seafood Market in Wuhan is questionable because there is still no evidence of an animal being infected with coronavirus.

The investigation also probed into how China produced a COVID-19 vaccine so remarkably fast.

On Feb. 24, 2020, Zhou Yusen – director of the State Key Laboratory of Pathogen and Biosecurity at the Academy of Military Medical Sciences Institute of Microbiology and Epidemiology, in Beijing – became the first researcher in the world to apply for a patent for a COVID-19 vaccine.

The report found, “Vanity Fair and ProPublica consulted two independent experts and one expert adviser to the interim report to get their assessment of when Zhou’s research was likely to have begun. Two of the three said that he had to have started no later than November 2019, in order to complete the mouse research spelled out in his patent and subsequent papers.”