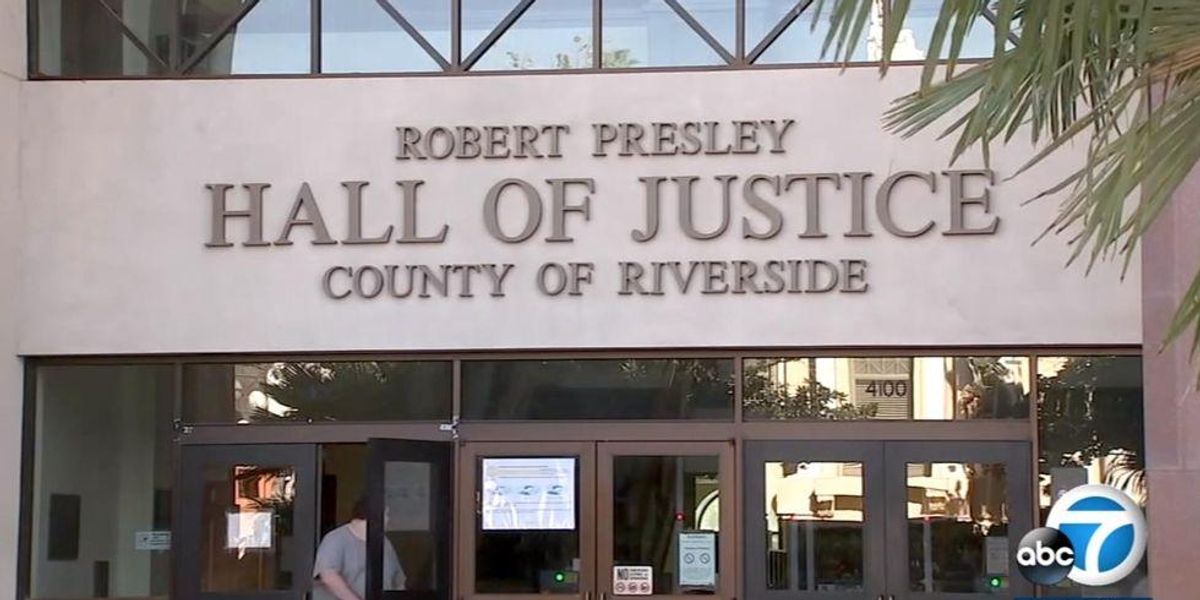 A county in southern California was forced to dismiss hundreds of criminal cases, including many involving violent charges, and other counties are facing a similar crisis in the courts.

“I can’t even put it into words,” said one woman who said she was a victim of domestic abuse by her ex-husband but whose case dismissed.

“He chased after me with a mallet, down the stairs outside. I was able to get in the car where he bashed my car,” she told KABC-TV.

The woman had filed restraining orders against the man over the August 2019 incident. He allegedly violated the orders, but the charges were dropped because of a shortage of judges.

“What’s happening is a disaster,” said Riverside County District Attorney Mike Hestrin to KABC. “There’s a crisis over in our courts.”

More than 200 cases have been dismissed in recent weeks due to the lack of judges.

Hestrin explained that there was an emergency order placed on cases during the pandemic allowing them to be delayed. That order has expired, and some of those cases are being dismissed because there are not enough judges.

“I think that these dismissals are not warranted and it’s an injustice, and it’s putting the public in danger,” Hestrin continued.

Presiding Judge John Monterosso allowed the order to expire and explained that the defendants have a right to a speedy trial. He also said the pandemic wasn’t completely to blame for the crisis.

“It makes me angry. There isn’t a mystery that we have been sticking our necks out and screaming that we need more judges in this region,” Monterosso said to KABC.

He said other counties are experiencing the same shortage, including nearby San Bernardino County.

Hestrin’s office said in a statement about the emergency order that there is a backlog of more than 2,800 cases.

“We should be extending our hours,” Hestrin said. “The courts need to consider perhaps night court or Saturday court. Just to simply say we don’t have the resources and start dismissing hundreds of criminal cases, that’s not an answer.”

The Fringe With Megan Fox, Episode 110: Shocking New Details of Government Incompetence in Ohio Rape Case
New York seeks ‘somewhat bloodthirsty’ rat czar – with salary up to £138k
As Noah Departs, CBS Mourns Decline in Late Night Viewership
‘Like his soul was leaving his body’: Teen rescues dad who was crushed under truck
Police respond to emergency at home of Ted Cruz after his daughter reportedly self-harmed