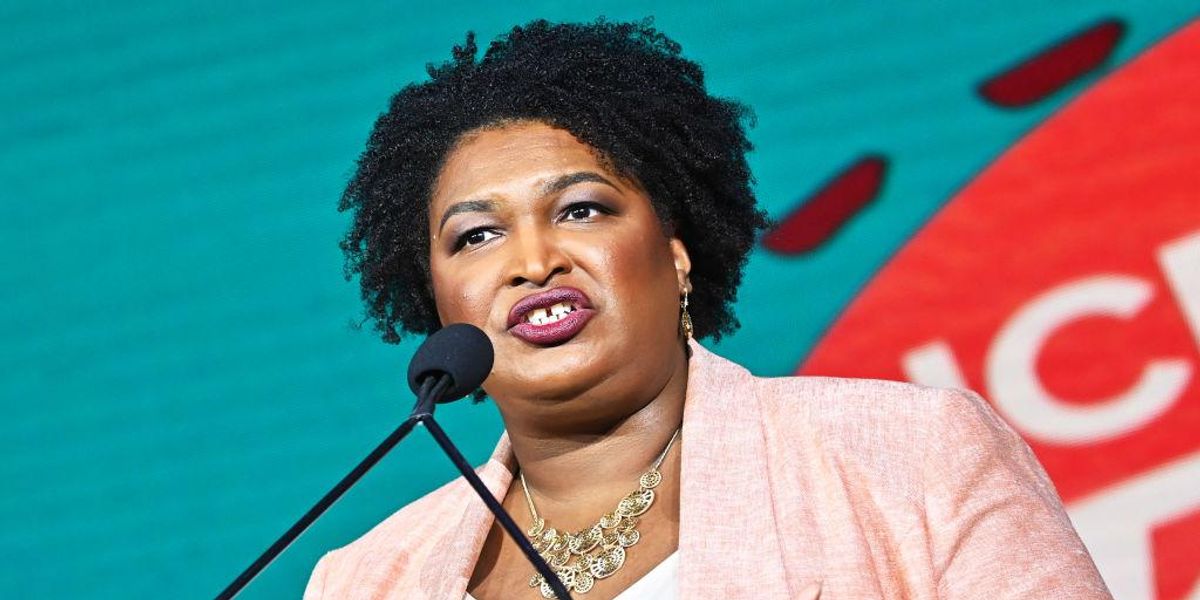 A special report published on Monday by Politico revealed that the law firm belonging to Stacey Abram’s campaign chairman was paid nearly $10 million in legal fees for services rendered to Abrams’ nonprofit group, Fair Fight Action, for its work on a lawsuit that recently failed in a federal court.

In addition to raising concerns about a possible conflict of interest, the exorbitant amounts paid to the Abrams-affiliated firm, while not unprecedented, have nevertheless been flagged as exceptional.

A failed lawsuit, a friend’s firm, and a big payday

Stacey Abrams is the Democrat candidate currently seeking to unseat Republican Gov. Brian Kemp in Georgia’s gubernatorial race. The chairman for her campaign, who also happens to be a close friend of Abrams’, is Allegra Lawrence-Hardy.

Politico reported that Lawrence-Hardy is one of two named partners at the law firm Lawrence and Bundy. Lawrence-Hardy’s firm was reportedly paid $9.4 million by Fair Fight Action in 2019 and 2020.

Fair Fight Action filed a lawsuit after Abrams was soundly defeated in Georgia’s 2018 gubernatorial election by 54,723 votes — a result the Democrat candidate gained a reputation as an “election denier” for rejecting.

The lawsuit claimed that the state had “grossly mismanaged” the election, depriving some citizens of their right to vote.

The Fair Fight Action v. Raffensperger trial began on April 11 and was rejected by U.S. District Judge Steve Jones in Atlanta on Sept. 30.

Jones, an Obama appointee who found for the defendants on all counts, stated that while “Georgia’s election system is not perfect, the challenged practices violate neither the constitution nor the [Voting Rights Act of 1965],” as had been alleged by Abrams.

Kemp said of the expensive legal failure: “Today, Stacey Abrams and her organization lost in court – on all counts. From day one, Abrams has used this lawsuit to line her pockets, sow distrust in our democratic institutions, and build her own celebrity.”

u201cToday, Stacey Abrams and her organization lost in court – on all counts. From day one, Abrams has used this lawsuit to line her pockets, sow distrust in our democratic institutions, and build her own celebrity. https://t.co/aGlgEQPfSUu201d

$25 million of the roughly $61 million Fair Fight Action raised between 2019 and 2020 went into advancing this failed lawsuit.

Of the eight law firms that worked on the case, the largest amount reportedly went to Lawrence-Hardy’s firm, which acted as lead counsel.

The deputy director for litigation at the Legal Defense Fund, Leah Aden, underscored that the legal fees paid to Lawrence-Hardy’s firm altogether accounted for an amount obscenely higher than in most voting rights cases brought to federal court.

Aden told Politico, “The typical case is a couple of hundred thousand dollars and can take a couple of years. … Beyond $10 million would be very shocking, I would say.”

Kathleen Clark, a legal ethics professor at Washington University in St. Louis, suggested to Politico, “Fair Fight Action ought to explain why this lawsuit cost so much. … I think there are significant questions about this choice of firm and just why this lawsuit was so much more expensive.”

Although Lawrence-Hardy suggested to Politico that her firm provides “other services for Fair Fight Action,” she did not specify what those were.

Former Fair Fight Action organizing director Hillary Holley made clear that in speaking of “other services,” should Lawrence-Hardy have been referring to work done on a 2020 case brought by Fair Fight Inc. against True the Vote, that case would only have accounted for two months of billings.

It is unclear how many additional millions the law firm may have billed the Abrams group over the past two years.

Lawrence-Hardy’s firm made a great deal of money advancing the ill-fated lawsuit that Abrams appeared to have used, in turn, not only to raise money but as a campaign tool.

Craig Holman, a government affairs lobbyist at Public Citizen, told Politico, “It is a very clear conflict of interest because with that kind of close link to the litigation and her friend that provides an opportunity where the friend gets particularly enriched from this litigation.”

“The outcome of that litigation can directly affect her campaign itself,” added Holman.

Last week, it came to light that Fair Fight PAC, the political action group founded by Abrams, had a director whose inexperienced friends and family were allegedly getting significant paydays while maintaining other full-time jobs.

In response to a critical Fox News Digital report, Fair Fight PAC issued a press release, stating that on Oct. 13, the organization “became aware that PAC funds may have been incorrectly paid to consultants.”

“Fair Fight strives to serve with the utmost integrity, as is core to our values. We take these matters seriously and have initiated a comprehensive investigation,” the statement added.

Fields’ sister, Darius Faulk, received over $120,000 despite having no political experience. Asa Fludd and Cruz Alvarado, both friends of Fields, received tens of thousands of dollars from Fair Fight PAC — $29,800 and $29,000 respectively.

While Fox News Digital indicated the amount paid by the PAC to these three individuals was over $178,000, CNN’s review of the FEC filings from this and the previous election cycles suggests the figure may be closer to $250,000.

Understanding Why More Blacks Voted Republican in 2022
The Kruiser Kabana Episode 203: Elon Musk and the Complete Psychotic Break on the American Left
Train Robbers
What Happened to Trump Only Surrounding Himself With ‘the Best People’?
‘Our city is in peril’: Portland business owner closes store — and posts scathing note on front door blasting criminals, authorities who fail to punish them