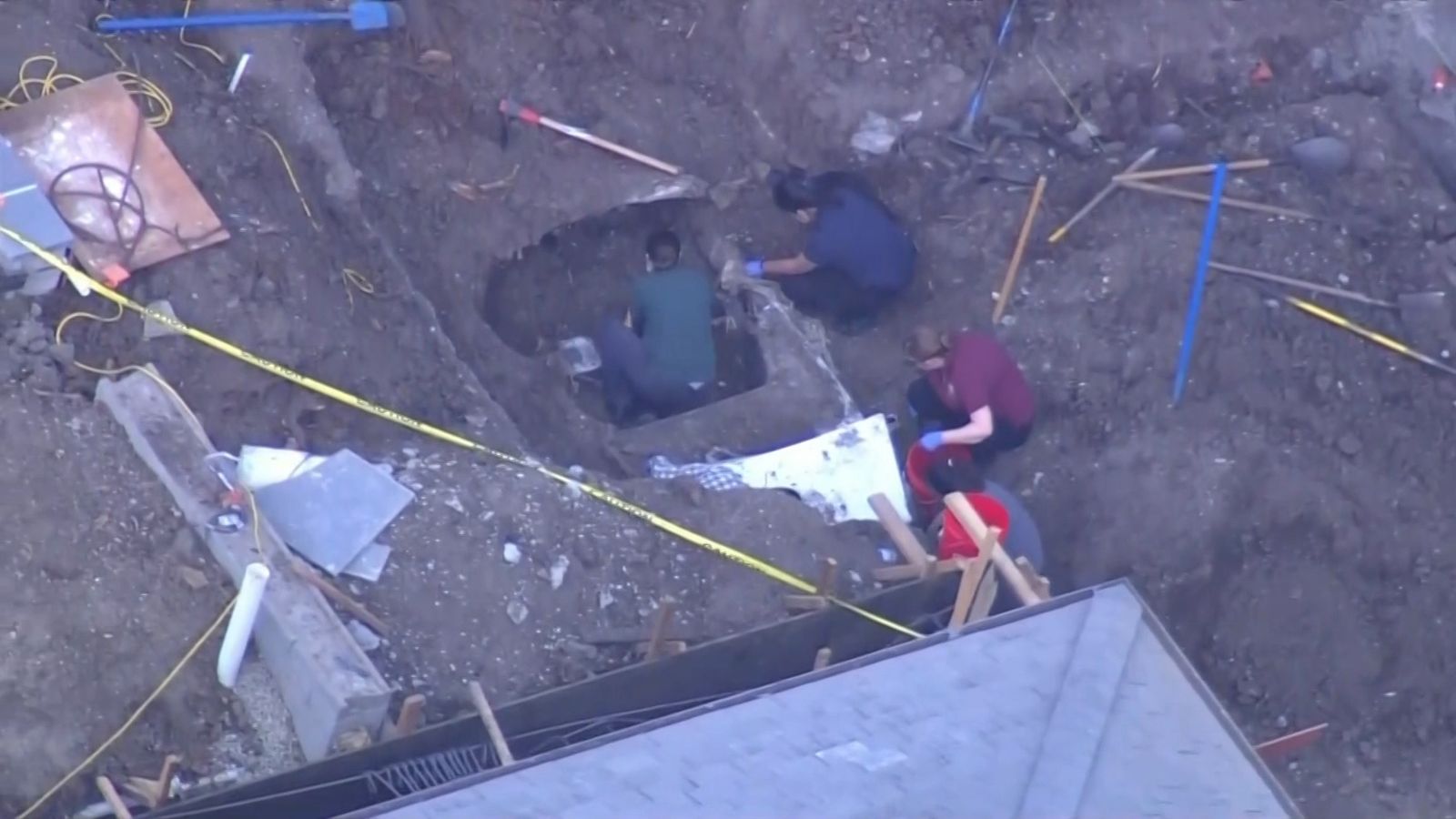 A convertible sports car stolen 30 years ago has been found buried in the yard of a California mansion built by a man with a history of arrests for murder, attempted murder and insurance fraud.

The Mercedes-Benz, filled with bags of unused concrete, was discovered Thursday by landscapers in Silicon Valley.

Police believe the car was buried 4ft or 5ft deep in the backyard of the home some time in the 1990s – before the current owners bought the property.

The sprawling home with a pool and tennis court was built by Johnny Lew, who spent time behind bars in the 1960s and 1970s.

He was found guilty of murdering a 21-year-old in Los Angeles in 1966, but the conviction was overturned two years later.

And in 1977, he spent three years in prison after being convicted of two counts of attempted murder.

In the late 1990s, he reportedly hired undercover police officers to take a $1.2m yacht “out west of the Golden Gate Bridge into international waters and put it on the bottom”.

His daughter Jacq Searle told the San Francisco Chronicle that the family lived at the property in the 1990s – which is when Atherton Police believe the car was buried – and that her father had died in 2015 in Washington state.

Police commander Daniel Larsen would not say if police believe the vehicle was registered to Lew.

Although cadaver dogs alerted to possible human remains on Thursday, none had been found more than 24 hours after technicians began excavating the car.