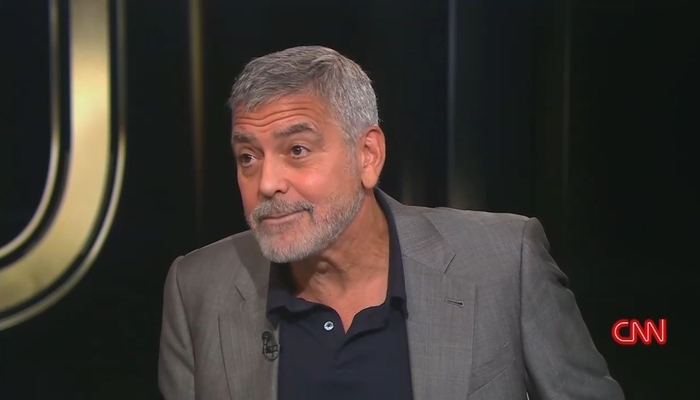 George Clooney admits he was wrong, adding he might be wrong again.

The Ocean’s 11 star didn’t think America would elect a flawed figure like Donald Trump to the presidency. Now, he’s fearful it could happen a second time.

Clooney co-stars with Julia Roberts as an estranged couple hoping to prevent their daughter from getting hitched.

Clooney, one of Hollywood’s most openly political stars, trotted out the standard Democrat talking points during the Wallace chat.

He also mentioned something else, though, an argument that smacks of an extreme lack of awareness.

“So I look at where we are in this sort of coarsening of our discourse, and I find it to be worrying,” Clooney said, referring to conservatives cheering on the illegal immigrant movements meant to showcase liberal hypocrisy and the stress communities faces via open borders.

Regardless, Clooney does touch on a worthwhile conversation. Our discourse is getting worse, but he doesn’t admit who’s partly to blame: Hollywood, Inc.

To Clooney’s credit, he remains civil when broaching political matters. He’s not ranting or raving, nor does he use harsh language or make histrionic claims. And he often uses his art to explore ideological debates, like his 2011 film “The Ides of March.”

You don’t have to agree with his political views to admire his restraint. Except many of his peers have no such qualms about “coarsening the discourse.”

They do it all the time.

It’s Oscar-winner Robert De Niro shouting a profanity during his time at the Tony Awards presentation.

What about a venerable comedy show calling Trump supporters “Nazis?” Or every third celebrity comparing Trump, or his flock, to Hitler?

The list could go on, and on, especially if we highlight the corrosive Tweets regularly shared by today’s stars.

The point is made.

Yes, Trump’s brash, often boorish behavior did no favors to the political conversation (Nor has President Joe Biden, clumsily attacking large swathes of Americans as “semi-fascist”).

Hollywood has led the charge in coarsening the political culture, and it’s been going on for some time. That Clooney, one of the industry’s most vocal stars, doesn’t realize it reflects poorly on him.