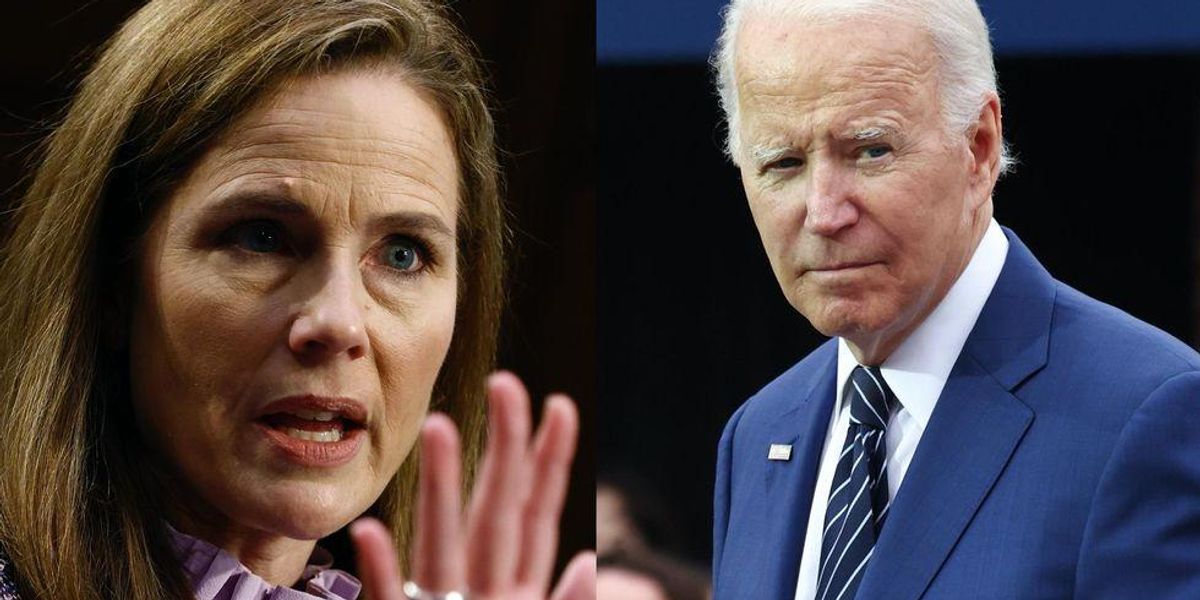 Barrett oversees emergency requests from the 7th Circuit Court of Appeals, and she shut down it down without comment and without noting whether it was referred to the rest of the Supreme Court justices.

The emergency appeal was filed by the Wisconsin Institute of Law and Liberty on behalf of the Brown County Taxpayers Association, but the federal government argued that they had no standing to make the request.

Seperately on Thursday, a federal judge denied a challenge to the forgiveness program from six Republican-led states. U.S. District Judge Henry Autrey in St. Louis said the states lacked standing for the lawsuit. A spokesperson for the Nebraska attorney general’s office said they would appeal the decision.

Biden announced the plan to partially forgive student loans in August and sparked criticism that he was making a bid to buy the votes of those who carried the debt while burdening the taxpayer with the bill. The Biden administration has argued that it had the power to implement the program due to the state of emergency created by the coronavirus pandemic.

The federal government will be able to start forgiving the loans as early as this weekend.

Critics of the loan forgiveness program accuse Biden of acting unconstitutionally and say he doesn’t have the power to act without Congress voting on it. Meanwhile, critics on his left have demanded he forgive all student debt in order to bolster the economy.

“It simply should not be the case that the president of the United States can unilaterally choose to spend 4% of the country’s gross domestic product without clear congressional authorization,” said Rich Eisenberg of the Wisconsin Institute for Law and Liberty.

A report from the Congressional Budget Office found that the student loan forgiveness program could cost as much as $400 billion.