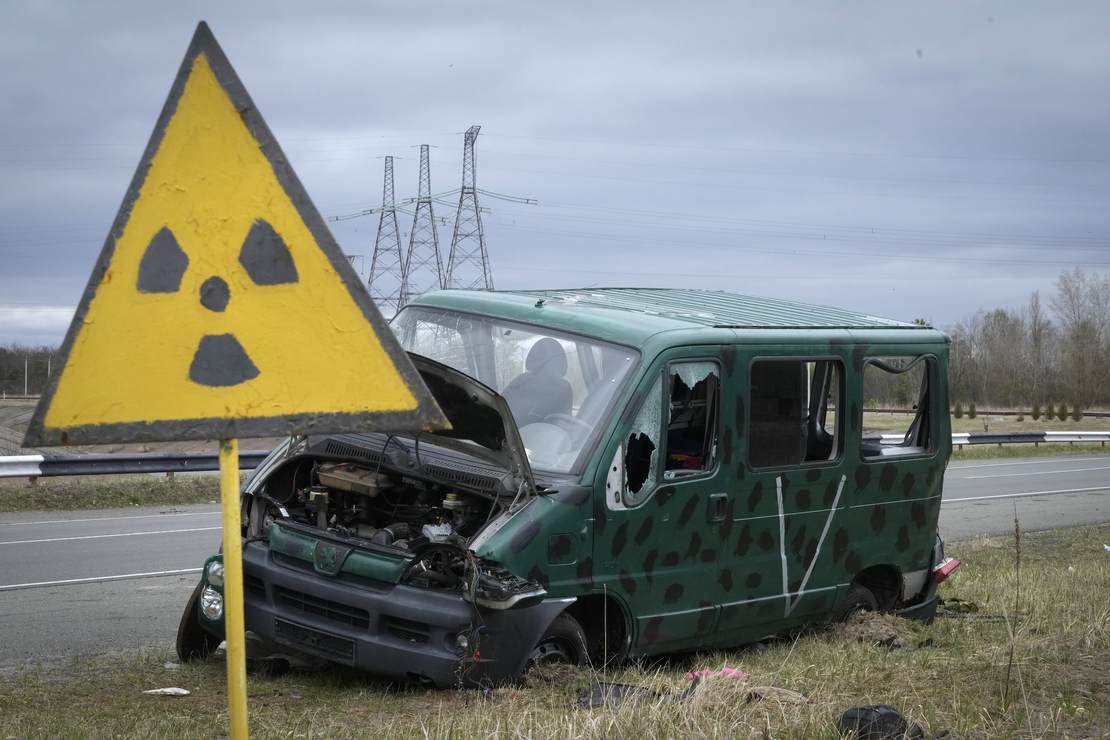 Such is the corporate left ethos.

Countering this absurd mess shouldn’t be necessary and is probably a futile attempt to deconvert the Neoliberal Church© faithful, who form their political convictions based on emotion and blind faith in authority rather than logic, but here’s a stab at it.

A nuke would literally kill everything in the blast zone and a bunch more stuff outside of the blast radius due to nuclear winter:

A nuclear attack would kill wildlife and destroy the vegetation over a large area through a combination of blast, heat, and nuclear radiation. Wildfires could well extend the zone of immediate destruction. Surface disruption and the loss of vegetation would lead to greatly accelerated wind and water erosion and “nutrient dumping.”

Not to mention the social and political consequences:

The scale of destruction and contamination after a nuclear detonation in or near a populated area could cause profound social and political disruption as it would take several decades to reconstruct infrastructure and regenerate economic activities, trade, communications, health-care facilities and schools.

“Tactical nuke,” “small nuclear war,” or “limited nuclear strike” are bunk misnomers, propagated by sadistic propagandists and regurgitated by people who don’t understand how they work. There is no such thing.

A nuclear explosion (or bombs, since there would be no nuclear attack in a vacuum; other nuclear powers would retaliate by launching their own missiles) is literally the worst possible thing that could happen anywhere, ever, in terms of the scale of sheer destructiveness.

… At least for non-elites.

Buoyed by hubris, hopelessly afflicted with a God complex, the technocrats likely believe they can weather a nuclear holocaust. They all have high-tech, multi-million-dollar airtight bunkers with their own water supplies.

It’s not an existential crisis to them when the corporate media, the grown-ups in their thousand-dollar suits and dolled-up faces who purportedly are deeply invested in preserving Mother Earth in all her intact beauty, constantly flirt with nuclear disaster for the sake of fighting fascism or whatever.

Senator Roger Wicker… suggested a ground war with Russia was possible…Wicker brought up the idea of a nuclear strike against Russian military power, saying, “We don’t rule out first-use nuclear action.”

Meanwhile, for the peasants, while the billionaire class enjoys its subterranean redoubts, the advice from the state when the “big one” hits is to not ask any questions regarding how or why, but to “shut doors and windows” and stay inside until the Public Health© authorities tell them they can leave.

The defining feature of the liberal managerial class is misanthropy. They hate everyone — but none more so than the useless eaters in the masses, the “proles” as they were termed in Orwell’s 1984. The more they get away with abusing the peasants, the more they detest them.

Misanthropes have always walked among us. The problem for everyone else is that when misanthropes — especially the most dangerous ones who are simultaneously afflicted with God complexes — opportunistically slither into positions of power, such as the likes of Lenin or Pol Pot, mass death inevitably results.

Although it’s difficult for normal people to fathom, try for a moment to imagine harboring a deep hatred for everyone around you and having at your disposal the tools to destroy them and every other living thing on earth, save for perhaps cockroaches and bacteria.

It’s the school shooter scenario on steroids. We are dealing with a cabal of sophisticated, next-level school shooters in business suits with their fingers on the red button.

The multinational corporate state runs the same set of plays over and over, with minor modifications on an ad hoc basis. Per securitization theory, the “climate” is its favorite referent object that justifies expanded state powers to save.

Similar narratives to the “nukes for the environment” storyline emerged during COVID-19 when the media was desperate to innovate new ways to buttress the lockdown agenda.

One Young World — a mega-cringe, astroturfed “think tank” masquerading as some sort of insurgent grassroots youth rebellion against climate change, endorsed by Meghan Markle, former Hollywood starlet and current Duchess of Sussex, and funded by the corporate likes of AstraZeneca, McKinsey, and Pfizer — applauded the lockdowns on account of the purported benefit to the environment:

COVID-19 is affecting the lives of millions of people and, also, the environment. The CO2 emissions and human mobility have been reduced, which improves air quality and encourages wild animals to come out and explore the cities… we will have a new baseline of what can be achieved digitally: remote work, education, shopping, and more.

Of course, like the nuke mythology, COVID hysteria was, in the aggregate, devastating for the environment (not to mention for humanity’s collective mental and physical health), particularly as it relates to the obscene quantity of discarded face masks unceremoniously dumped into the ocean.

Via the Journal of Molecular Liquids:

This new important waste is a potential source of microplastics, which is found nowadays in many parks, streets, and coastlines. Discarded masks will be finally drained to the ocean polluting the marine environment and threatening marine life.

Alas, logic and facts are crosses to the neoliberal vampires. They recoil from them out of hand. The Science© is a weapon to be wielded in the service of their information war and, when necessary, the kinetic kind. What it is decidedly not is a tool for acquiring knowledge in the interest of improving our collective experience on this rock in space.

This Thanksgiving, I will give thanks for all the miraculous blessings of the free market
MSNBC’s Stephanie Ruhle Suggests GOP is Party of Racists & Anti-Semites
NPR Presents Laughably Pathetic Thanksgiving Food Substitutes Due to Inflation
Biden calls for ‘stricter gun laws’ before GOP takes House: ‘The idea we still allow semiautomatic weapons to be purchased is sick’
Walmart manager who shot dead six co-workers said he was compared to serial killer Jeffrey Dahmer