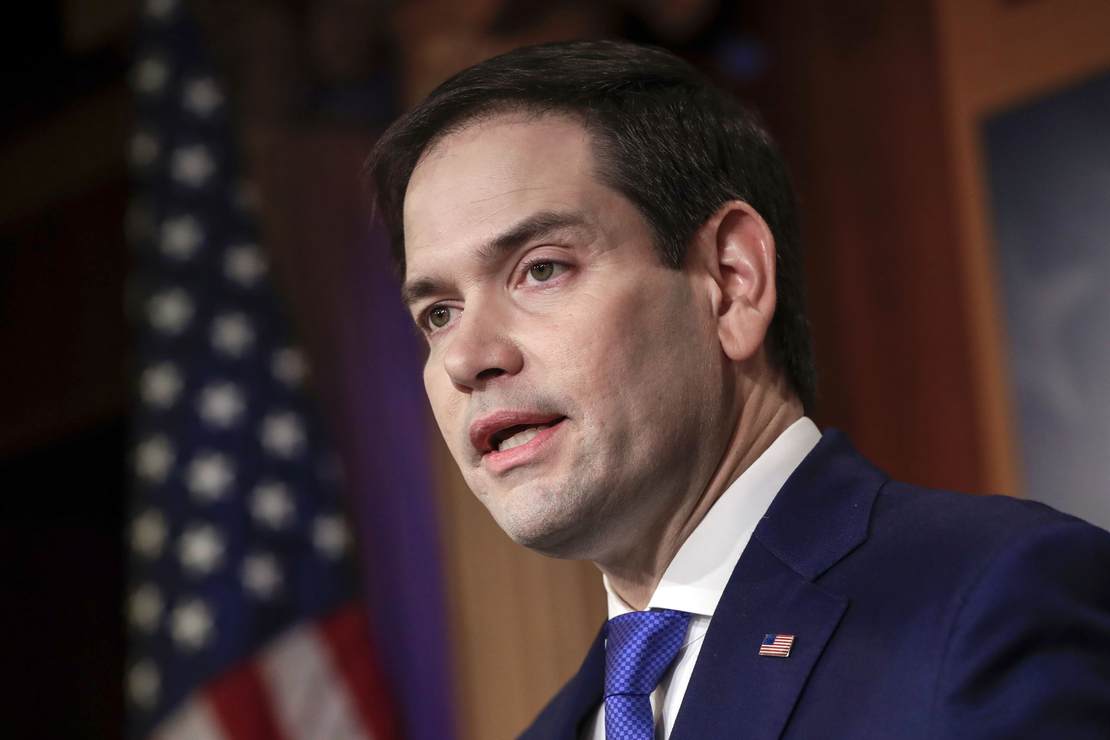 On Tuesday evening, Sen. Marco Rubio (R-Fla.) and Rep. Val Demings (D-Fla.) faced off in their one and only debate before Election Day. Rubio leads Demings in all polls in Florida and is expected to win reelection in November, which is why this race hasn’t received the attention of battleground races like Pennsylvania, Georgia, or Arizona. But, it was a good debate to watch because of Rubio’s responses on two key issues that many believe are issues Republicans “struggle” with: abortion and election integrity.

Given her consistent lagging behind in the polls, Demings really needed a knockout to have a prayer, and based on a wide range of post-debate reports, it’s clear that even liberal media outlets didn’t see Demings succeeding on that front — despite plenty of help from the moderators. Demings’ responses generally lacked substance or detail on policy, and her most oft-quoted comments were attack lines against Rubio, which I’m sure were pre-written and rehearsed.

When the issue of abortion came up, Rubio hit all the right points. In response to a question about Sen. Lindsay Graham’s federal 15-week abortion ban legislation, which Rubio has expressed support for, his response was exceptional.

“Number one, I’m 100% pro-life. Not because I want to deny anyone their rights, but because I believe innocent human life is worthy of the protection of our laws,” Rubio said. “That said, every bill I’ve ever sponsored on abortion, every bill I’ve ever voted for, has exceptions. Every one of them does. Because that’s what can pass and that’s what people support. Now before us today, in Congress, Lindsay Graham’s bill, it’s a four-month ban. It’s more lenient than every country in Europe except two.”

Rubio is correct. Most European countries have tougher abortion restrictions than what Democrats in Washington, including Demings, want for the United States.

Rubio then pointed out Demings’ record on abortion. “The extremist on abortion in this campaign is Congresswoman Demings,” he said; then he pointed out how “she supports no restrictions, no limitations of any kind” and has opposed a four-month ban, voted against a five-month ban, and “supports taxpayer-funded abortion on demand for any reason at any time up until the moment of birth.”

“That’s what she supports. That’s the extreme position here.”

It was an effective response in which he not only professed his pro-life stance but showed that his position is more mainstream than most Democrats.

Demings tried the tired old attack line that Rubio doesn’t support abortion exceptions for rape, incest, or the life of the mother — an allegation even PolitiFact couldn’t deny was false. Rubio also pointed out that the real extremist on abortion was Demings, who supports taxpayer-funded abortions.

But my favorite moment was Rubio’s response on the issue of voting rights. When the candidates were asked about whether they’d accept the results of the election, Demings filibustered with some story about her family history, but Rubio addressed it directly. “I’ve never denied an election, ever, haven’t ever said, denied an election. I’m not Stacey Abrams in Georgia, who denied an election,” he said. “I think in Florida we have great election laws, but I think elections have to have rules.”

Rubio also attacked Demings’ support for the Democrats’ federal takeover of elections and, in epic fashion, destroy the Democrats’ talking points for it.

“It’s never been easier to vote,” Rubio pointed out. “In Florida, you can now vote by mail for any reason. You can vote, for example, 10 days before the election, you can vote on Election Day. In Georgia — which they claim to be the place that was suppressing all the votes — you had record African American voter turnout to compare what’s happening now to the Jim Crow era, where people were literally murdered, where people were forced to … pay poll taxes and [take] literacy tests.”

“What are we talking about here?” Rubio continued. “We’re talking about this. We’re talking about number one when you go vote, you show an ID — I have been a Hispanic man my entire life. I’m a minority. I’ve never felt like producing an ID disadvantaged my ability to vote. Everyone has an ID — you can’t even check into a hotel, you can’t buy Sudafed at Walgreens without an ID. That’s number one,” Rubio said.

Related: Kari Lake Goes Savage on Reporter for Dubbing Her an ‘Election Denier’

“In Georgia — which they claim to be the place that was suppressing all the votes — you had record African American voter turnout.” pic.twitter.com/xajpKDyeSX

Democrats think they have the moral high ground on the issue of voting rights and elections, but, as Arizona gubernatorial candidate Kari Lake and Sen. Marco Rubio have shown, when it comes to these issues, the GOP is in the right.