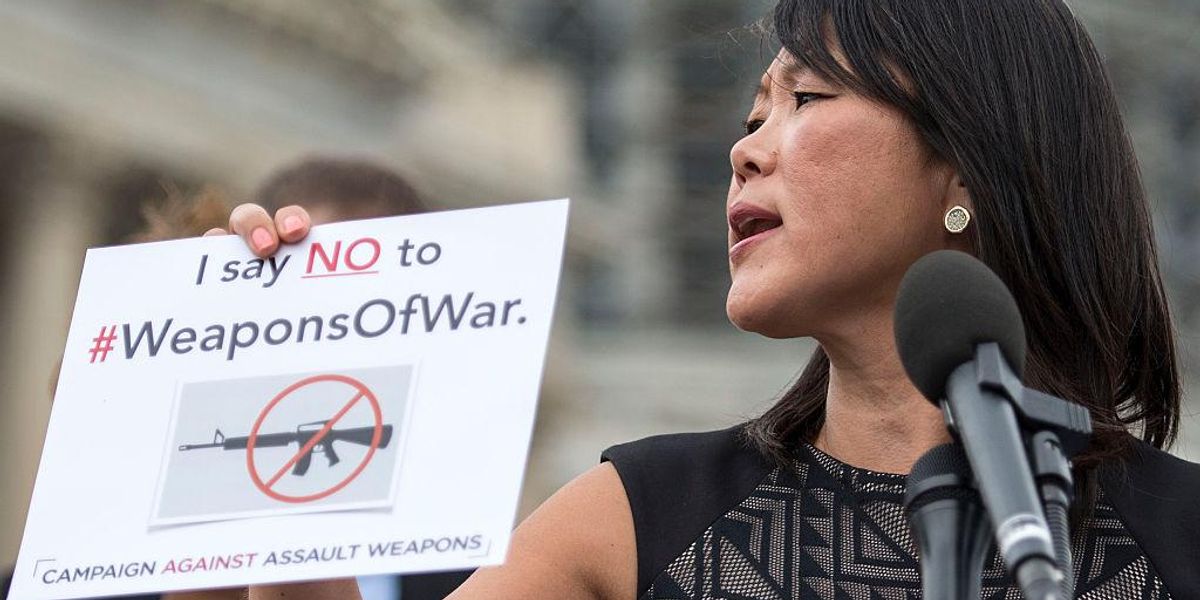 Gun control activist Po Murray has accused Ryan Petty — a man whose daughter Alaina was among the 17 people killed after a shooter opened fire at Marjory Stoneman Douglas High School in Parkland, Florida, in 2018 — of supporting the massacre of children.

Murray, chair of the Newtown Action Alliance, issued a tweet last week in which she claimed that people who do not back an assault weapons ban support kids being killed by a school shooter. “If you don’t support the assault weapons ban then you support one of the worst crimes in America — children being massacred by a shooter with an AR15 in an elementary school,” she tweeted.

Petty noted that he is not in favor of such a ban, and asked Murray whether she thought that he supported the massacre of kids.

Murray answered with an emphatic, “YES!”

“You are a hack and a grifter. Your moronic gun free zones are why my daughter is dead. You shall not infringe on our right to protect ourselves & our loved ones. Go crawl back under a rock,” Petty tweeted.

Murray, who has claimed that President Joe Biden’s “approval rating should be much higher,” noted last week that she voted in Florida’s 2022 gubernatorial election contest for Democratic candidate Charlie Crist.

She has accused “MAGA Republicans” of not caring whether children are killed by school shooters bearing AR-15s. “MAGA Republicans don’t care if your kids are hunted & massacred by criminals with AR15s in schools,” Murray tweeted.

She has also claimed that GOP figures who oppose gun control bear responsibility for violent crime in the U.S. and that “MAGA Republicans” are supportive of Russian President Vladimir Putin’s invasion of the nation of Ukraine.

The man who perpetrated the Parkland shooting will get life in prison without the potential for parole, though Florida Gov. Ron DeSantis, a Republican who is currently seeking reelection, said last week that he thought the shooter deserved the death penalty. “I think that, ah, if you have a death penalty at all, ah, that that is a case, where you’re massacring those students with premeditation, ah, in utter disregard for basic humanity, that you deserve the death penalty,” DeSantis said.

Joe Biden Doesn’t Have a Clue What’s Ahead in This Economy
What’s in Senate’s Same-Sex Marriage Bill, Why It’s Threat to Religious Freedom
MSNBC: Musk Letting Trump on Twitter Is Protecting ‘Cis’ White Men
This Thanksgiving, I will give thanks for all the miraculous blessings of the free market
US Men’s Soccer Team STAND For National Anthem-Woke LGBTQ Crest Nowhere To Be Seen