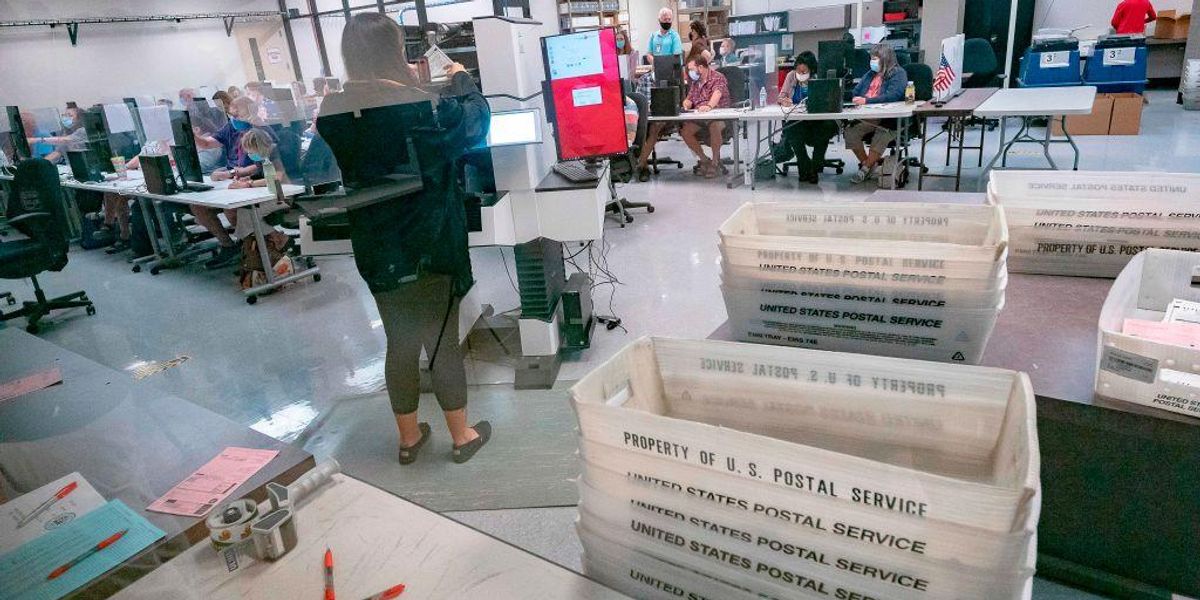 A Democratic operative was sentenced to jail for allegedly harvesting ballots during the 2020 primary election.

Guillermina Fuentes – a 66-year-old school board member and former mayor of the small border city of San Luis – pleaded guilty to collecting four early ballots in the 2020 primary. On Thursday, Fuentes was sentenced to 30 days in jail and two years of probation for her alleged election crimes.

In the plea deal, prosecutors dropped three felony counts claiming that Fuentes filled out one voter’s ballot and forged signatures on some of the four ballots she illegally returned for non-family members.

Arizona prosecutors had sought a year in jail for the crimes committed by Fuentes. Meanwhile, the attorneys for Fuentes argued for probation.

KSAZ-TV reported, “Fuentes collected the four completed mail ballots from acquaintances in San Luis, and gave them to co-defendant Alma Juarez while working a table outside a polling place where she was urging people to vote for a slate of city council candidates. Juarez carried them inside and put them in a ballot drop-off bin. Election officials in Yuma County confirmed that the ballots were legitimate and the mail-ballot envelopes were signed by qualified voters, so they were counted.”

Yuma County Superior Court Judge Roger Nelson considered being more lenient on Fuentes if she had admitted that she had committed a crime.

Nelson continued, “It’s been an issue for a long time, or at least it’s been alleged that it’s an issue, that people vote for others, take their ballots. Everybody that’s involved in politics in this area knew that a new law was passed. You certainly knew it, that that law was new, even went up to the Supreme Court.”

“Many of the things that were put forward as mitigating factors, I think they’re also aggravating factors,” Nelson added. “You have been a leader in the San Luis community for a long time. People look up to you, people respect you, and they look to what you do.”

Fuentes’ attorney – Anne Chapman – railed against the punishment, “The Court’s sentence today is an unjust result in a political prosecution where the only alleged harm was the delivery of four lawfully voted ballots.”

Fuentes reportedly lost her school board seat and cannot serve in an elected or appointed post unless the felony conviction is dropped to a misdemeanor.

William and Kate met by pockets of booing and sit through awkward lecture as race row clouds visit
Will Four Trumpet Playing Brothers Bring Harmony to the Broken 2020 Election?
Is the GOP Underestimating Joe Biden?
Elon Musk Should Tell EU Censors to Bugger Off
New York seeks ‘somewhat bloodthirsty’ rat czar – with salary up to £138k