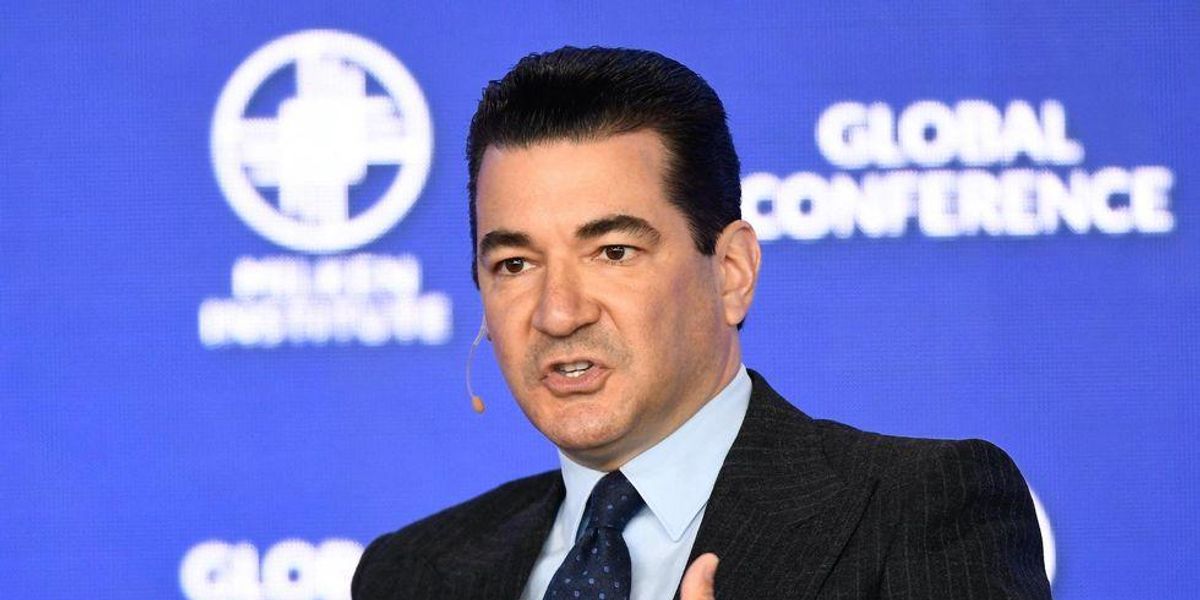 Dr. Scott Gottlieb responded Friday to an accusation that he colluded with social media companies to shut down dissent about the pandemic and the efficacy of the vaccines.

Gottlieb is a Pfizer board member and a former commissioner of the U.S. Food and Drug Administration. On Thursday, former New York Times reporter Alex Berenson accused Gottlieb of a “secret months-long conspiracy” to shut him down and rob him of his free speech rights.

“They wanted Twitter, the most important global platform for journalism, to ban me, even though Twitter had repeatedly found my posts did not violate its rules,” Berenson alleged. “They wanted to soil my reputation as a reporter and damage me and my family financially.”

Berenson said he was going to file a lawsuit against Gottlieb.

On Friday, Gottlieb responded during an interview with CNBC, but said he would not answer to the specific allegation since a lawsuit was pending.

“This is kind of a convoluted conspiracy theory that somehow, you told Twitter to get rid of him because he was asking too many questions about the efficacy and safety of the COVID vaccine. Do you want to respond to that and tell us your side?” asked “‘Squawk Box” host Joe Kernen.

“I’ve raised concerns about social media broadly, and I’ve done it on these networks around the threats that were being made on these platforms and the inability of these platforms to police direct threats, physical threats about people,” Gottlieb explained.

“That’s my concerns around social media and what’s going on in that ecosystem,” he added.

Kernen went on to detail his own experience with the virus and how vaccines kept him from getting severely sick.

“Respectful debate and dialogue is one thing, and should be encouraged and protected. But there’s no place for targeted harassment, and misleading dialogue which can instigate a small but persuadable group of people to make targeted and dangerous threats,” he tweeted.

Berenson said he has sent legal “demand” letters to Gottlieb and Pfizer, and says he has grounds to use them on the basis of a conspiracy to interfere with his civil rights.

Here’s the video of Gottlieb’s response:

u201c”I’ve raised concerns about social media and the threats that are being made on these platforms,” says @ScottGottliebMD on Alex Berenson being kicked off Twitter. “I’m unconcerned about debate being made. I’m concerned about physical threats being made for people’s safety.”u201d

A Simple Answer
US Men’s Soccer Team STAND For National Anthem-Woke LGBTQ Crest Nowhere To Be Seen
Disney is counting on Bob Iger to make hard decisions about its streaming and TV assets — or find someone who will
This year, and every year, I am most thankful for family
Republicans Who Voted for Radical ‘Respect for Marriage Act’ Can Still Change Course