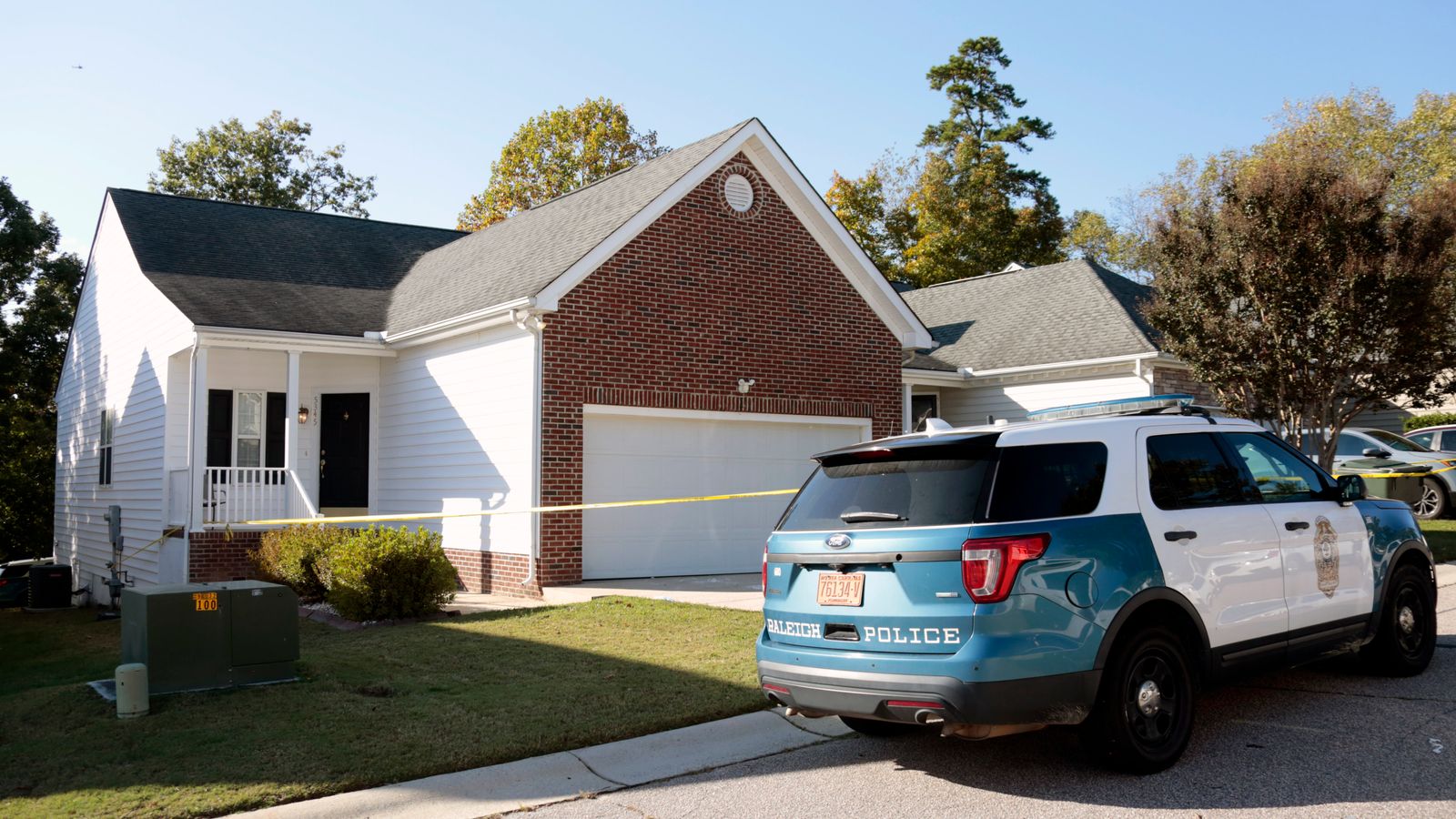 A 15-year-old boy has been arrested on suspicion of killing five people in North Carolina and is in a critical condition in hospital, US police have said.

The boy, who has not been named, is alleged to have fatally shot two people in the state’s capital city of Raleigh before opening fire on a walking trail, killing three more people, and wounding two others.

Among those killed in the Thursday night attack were a 16-year-old boy named James Roger Thompson, and a 29-year-old off-duty police officer called Gabriel Torres.

The other victims killed in the shooting were 52-year-old Nicole Connors, 34-year-old Mary Marshall and 49-year-old Susan Karnatz.

Marcille Lynn Gardner, 59, was wounded in the attack and remains in critical condition in hospital, while a second police officer, Casey Joseph Clark, was also injured but has been released.

Raleigh police chief Estella Patterson said those killed were a racially diverse group, and authorities have not yet determined a motive for the shooting.

The incident set off a massive police response across the city, with officers searching for the suspect for several hours before cornering him inside a house and arresting him.

Officers from numerous law enforcement agencies swarmed the Hedingham neighbourhood, a residential area northeast of Raleigh city centre, closing roads and warning residents to stay inside while they searched for the shooter.

‘No one should feel this fear’

“Today we’re sad, we’re angry and we want to know the answers to all the questions,” he said.

“I think we all know the core truth – no neighbour, no parent, no child, no grandparent, no one should feel this fear in these communities – no one.”

In a statement, President Joe Biden said he and first lady Jill Biden are grieving with victims’ families, and his administration is working with Mr Cooper to help local authorities with their investigation.

“Enough. We’ve grieved and prayed with too many families who have had to bear the terrible burden of these mass shootings,” he said.

The incident in Raleigh is just the latest in a violent week across America, with another five people killed in a shooting in South Carolina on Sunday.

On Wednesday night, two police officers were fatally shot in Connecticut after apparently being drawn into an ambush by an emergency call about possible domestic violence.

Read more:
‘It should have been the death penalty’
US schools stock up on AR-15 rifles
Five-year-old boy shoots his brother

Two of those officers, one in Greenville and one in Las Vegas, were killed.

Thursday’s violence was the 25th mass killing in 2022 in which the victims were fatally shot, according to the Northeastern University Mass Killings database.

A mass killing is defined as when four or more people are killed, excluding the perpetrator.