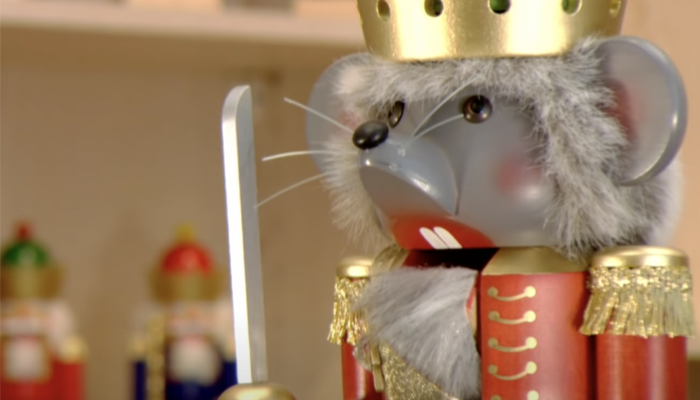 Nutcracker season is just around the corner but in Iowa the celebration came early. In just over a month our nation will celebrate World Vasectomy Day. In honor of the holiday and Roe’s reversal this past summer, one doctor has decided to travel across Iowa to offer free vasectomies.

Dr. Esgar Guarín has been calling his mobile clinic the “Nutcracker” and as icing on the cake, the clinic will be decorated and adorned with large images of sperm. Incognito much?

Guarín was inspired to create a mobile clinic as a result of Roe’s overturning. If women can’t kill their babies as easily, maybe people should be better about having protected sex. What a concept!

Guarín committed to offering 60 vasectomies across three days outside of the St. Louis, Springfield, and Joplin Planned Parenthood clinics to uninsured men. He then plans to give out 40 free vasectomies in several towns across Iowa the week after and then discounted vasectomies at the clinic he regularly serves at in Des Moines.

AP can’t wait for the launch on November 18. “The efforts are part of World Vasectomy Day, originally a single-day event that now includes a year-round focus and a host of activities in November.”

“Host of activities”??????? I’m thinking penis corn maze, maybe a hot dog eating contest…oh, how about a pin the nuts on the nutjob? Maybe there can be a little dance lesson to learn a segment of the Nutcracker Ballet too.

This was parked right next to a mobile colonoscopy van and a mobile kidney donation bus. pic.twitter.com/1kg9CHv9Ri

While I personally think it’s a little extreme to get a vasectomy to prevent a pregnancy, at least no babies will be harmed and that is afterall the goal of the pro-life movement.

Now on the other hand, here’s something I can’t get on board (no pun intended).

The clinic will supposedly offer consultations and serve as an abortion pill dispensery. Eventually the clinic will offer surgical abortions too. How lovely.